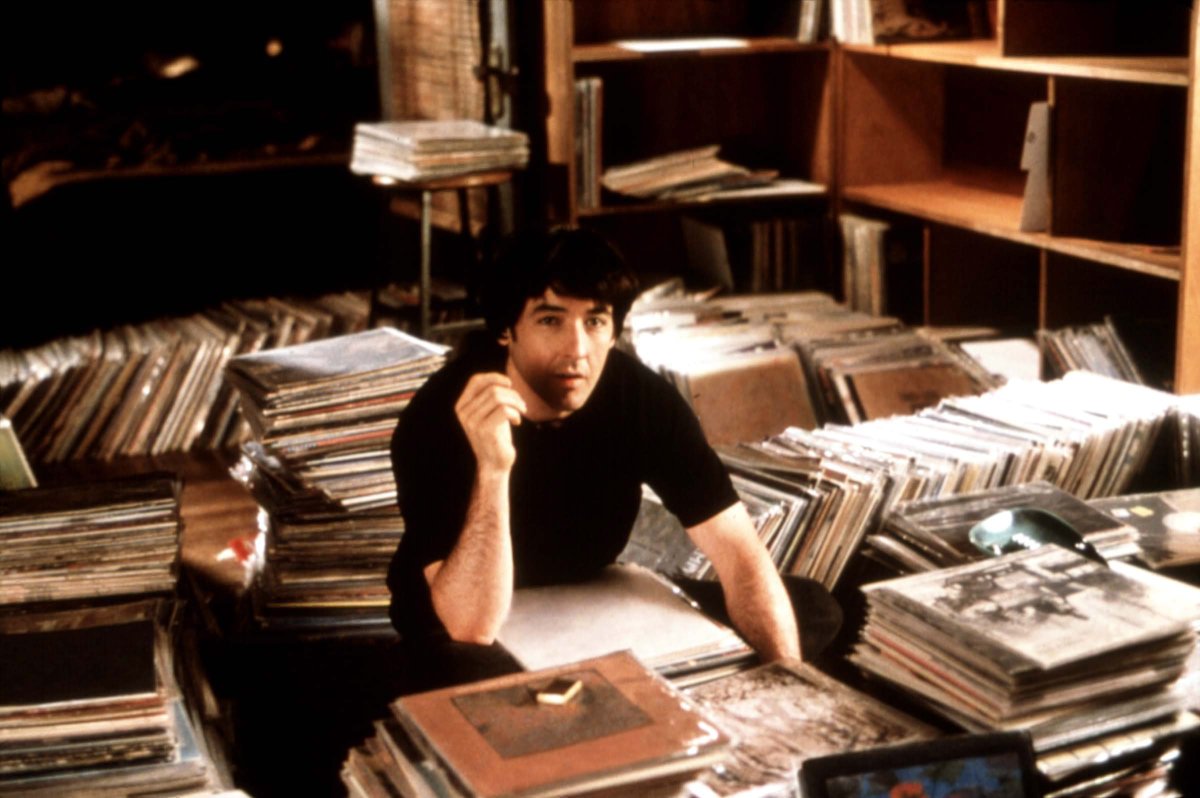 One night while trying something other than endlessly doomscrolling for stories about Donald Trump, climate change, and the pandemic, I chanced upon an ad for an odd scented candle. We’ve become accustomed to these sorts of things (thanks, Gwyneth!), but I’d never imagine I’d find a candle that smells like a record store.

DW Home’s hand-poured record store candle says “the familiar scent of pressed vinyl and warm woods fills the air, accented by notes of sweet blossoms, hints of amber and soft fruit.” And the reviews have been excellent. Funny, but the record stores I’ve frequented smell like dust, mouldy cardboard, and whatever the guy behind the counter had for lunch. But maybe I’ve been shopping in the wrong places.

Still, this got me thinking of all the stores I’ve visited over the decades and how things have changed. If you’re an old-school music fan, this reminiscing will probably strike a chord. And if you’re of a generation that’s never set foot in such a place because you feel the internet can give you everything, here’s what you missed by being born too late.

Back in the 1980s, running a record store required juggling an inventory of vinyl, cassettes, 8-tracks, and compact discs, each with his own section and shelving. The 8-tracks were gone by the ’90s (as far as anyone knows, the last major-label 8-track release was Fleetwood Mac’s Greatest Hits in 1987), which allowed for more CDs and a few niche formats like prerecorded DAT tapes and MiniDiscs. If you couldn’t find an album in one format, then chances were very good that you’d find it in one of the other sections. I ended up with a lot of cassettes this way — not that I was always happy about it. Still, it was better than walking away empty-handed.

Back in the day, all stores had a special section for 45 RPM records. My local Sam the Record Man stores were especially good at stocking 7-inch singles, with a separate section for the current top 40s and another of back catalogue material. The selection of older material was usually quite adequate, but if the store didn’t have what you were looking for, you consulted…

Many stores — including all the Sams shops I frequented — had a big book mounted on a swivel metal stand screwed to the countertop. As far as I was concerned, this was The Book of Knowledge, containing thousands of looseleaf pages on orange and yellow paper with print in 4-point font. This was the store’s master record catalogue, a constantly updated listing of vinyl and tape and available for order. If the release you wanted wasn’t on the shelf somewhere, you could go to this big book, look up your record, and give the catalogue number to a clerk. If you were lucky, your record or tape would arrive in a couple of weeks. There was no instant gratification back then, kids. We had to wait for our music.

2:04
Squire Barnes on the 40th anniversary of Vancouver’s Neptoon Records

When CDs first appeared in the spring of 1983, many record stores wanted no part of the new format. The industry was still suffering from the post-disco bust exacerbated by a brutal worldwide recession. No one wanted to carve out space for this new expensive inventory. Besides, how were the stores supposed to display these things? They’d already invested vast amounts of money on shelving for vinyl and tapes and now they were expected to build more custom cabinetry? And what about the shoplifting problem? Prerecorded cassettes were walking out the door every day.

The solution was the longbox, packaging that encased a CD in a cardboard or plastic container that was about six inches wide and twelve inches long. Yes, there was a lot of wasted space and material, but two CDs in longboxes could be displayed side-by-side in the same bin that used to hold a 12-inch vinyl LP. Shelving problem solved!

But the longbox didn’t last. Customers complained about the wasteful packaging. And if you ever bought a CD sealed in a heat-sealed plastic longbox, you’ll remember how difficult it was to open the damn things. The plastic was so thick you couldn’t tear it open. And when you did manage to get at the disc inside — maybe with the help of some industrial-grade tinsnips — that plastic could be recycled into a very effective prison shiv. My hands still have scars from injuries sustained trying to get at some new purchases.

Back before the switch to New Music Friday, all new releases appeared in North American stores on Tuesdays. If there was a record release of sufficient stature, many stores would open their doors at the stroke of midnight, allowing the faithful lined up outside to be among the first to buy that new album. These midnight record sales often attracted hundreds and hundreds of people, all of whom lined up outside on a Monday night. How … quaint.

When albums didn’t sell, the store had the option of returning them to the label. Those returns could either be destroyed or resold with a hole punched out of the corner of the jacket. Many shops had bins filled with punch-outs that were sold at deep, deep discounts. Was there an unappreciated gem languishing in that bin? In many cases, yes.

That 2000 movie starring John Cusack and Jack Black felt like a documentary to me. Part of the fun of shopping at some stores was trying to immerse the snobby clerk at the cash. The Record Peddler, a store that was right across from Maple Leaf Gardens, was a case in point. I’d bring my selections to the counter where a long-haired dude critiqued my selections. which went something like this: “Crap. Crap. Crap. Not bad. Crap. Crap. That’s good. Crap. Still want all these?” Even a 50 per cent approval rating was enough to make me think I had pretty cool taste in music.

This is the one thing that survives today. Record stores continue to be gathering places for like-minded people, fans of music who love the atmosphere. You can learn a lot by watching what other people buy, striking up conversations, asking for recommendations, and by experiencing the serendipity of discovery that can only come with browsing through the stacks. I still buy the occasional record based entirely on how it looks with its artwork and packaging. Sometimes I get burned, but that’s all part of the hunt, right?

Here’s hoping that record stores will always be with us. And with all the turmoil they continue to endure, you might want to light a candle for them.