Was 1991 one of the greatest years in rock? Alan Cross votes ‘yes’ 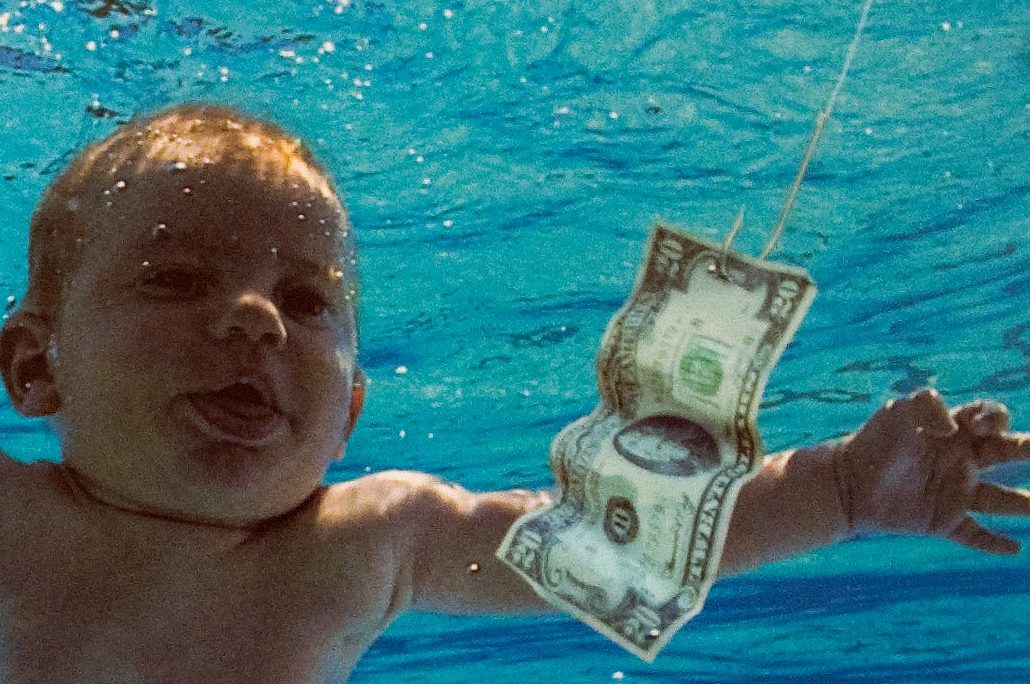 When it comes to music, not all years are created equal.

We can go back to 1955 when Elvis, Chuck Berry, Little Richard, and Jerry Lee Lewis brought rock to the masses, thanks to the widespread adoption of the 7-inch single and the portableness of the transistor radio. And 1964 was certainly explosive with the arrival of The Beatles and the beginning of the British invasion. After that, we might consider 1977 with the explosion of punk and its New Wave descendants.

During all these years, it seemed that every day delivered an exciting new song, a great new album, a fascinating new act, or a bewildering new sound. If you’re a late Boomers or Gen Xer, your moment came in early in the fall of 1991.

Read more:
How The Tragically Hip contributed to a ‘sea change’ in music 30 years ago

Actually, hints that 1991 was going to be wild started early, though you really had to be paying attention.

Before the calendar flipped from 1990, rock music was dominated by two genres that were running out of steam. The first was hair metal, which had been going strong for at least eight years. But by 1990, the scene was tired, suffering from overexposure, too many derivative bands, and far too many power ballads. Besides, the decadent lifestyle promoted by hair metal seemed increasingly out of step with a world beset by a brutal recession and the tensions created by the first Gulf War.

Then there was classic rock, a genre largely invented by radio programmers in the mid-1980s to keep heritage acts alive. The Rolling Stones, Pink Floyd, Eric Clapton, The Eagles, Dire Straits, and others had been rediscovered and revitalized, filling stadiums playing their old hits. That was fine, but after a while, that well ran dry.

Meanwhile, pop music was on a downward slope. The generation of kids who had been into New Kids on the Block, Tiffany, and Debbie Gibson had aged out of their pop phase and were looking for something with more substance. Besides, the Milli Vanilli scandal showed that much of pop music was a sham, a hollow shell.

There were other factors affecting music, too. Gen X was in their late high school and early college years and was realizing that the world was a weird place: recession, war, years of conservative Reagan politics, and the never-ending cultural dominance of the Baby Boomers. For the first time in many years, it appeared that this generation would fail to achieve a standard of living equal to that of their parents. All these conditions conspired to bring about massive social, political, economic, and cultural change.

There were early indications that something was had to happen. Madchester had swept through the U.K. following an explosion of interest in dance culture. In North America, newer music was starting to get louder, turn more aggressive, and get angrier. All you had to do was look at what was happening with the alternative scene.

Alternative music — the umbrella term for all the left-of-centre non-mainstream rock that emerged after punk in the 1970s — was about to have its moment. It had existed in a universe parallel to mainstream rock yet remained separate, the two music dimensions almost never touching. But by the end of 1991, what used to be an alternative to the mainstream became the mainstream.

The first couple of months of 1991 offered more of what 1990 brought us. Still, something felt different. Change was in the air.

Take the 1991 Grammy Awards, for example. For the first time ever, there was a category that recognized artists in the area of alternative music. Give credit to the boring, stodgy Grammy people for realizing that there was this other kind of rock music. The Best Alternative Song winner was Sinead O’Connor with her version of Prince’s Nothing Compares 2 U, which, although it had started life on the alt-rock side of the ledger, had become an across-the-board hit.

Then the winds of change started to blow. Hard.

REM’s Out of Time is released, propelling the band from a cult favourite with the alt-rock and college music crowd to rock superstardom. In a year, the group would win three Grammys and while becoming staples on MTV.

Until that date, record charts were based on estimates. Every week, Billboard, the keeper of all the most important charts, would call out to what they believed to be a statistically relevant number of record stores to gather sales information. Billboard had no control if the person on the other end of the phone was being accurate or just guessing how many copies of each record sold. And what if that person had biases and prejudices for or against certain acts or genres? The result was each week’s album chart was nothing more than a guess of what people were actually buying.

That all changed on May 25, 1991, when a new system called SoundScan came into operation. Instead of guessing how many records were sold, a bar code reader at the cash register of hundreds of stores counted records as they were being sold. Sales were counted one by one. When the first SoundScan-powered chart was published, the differences from the week before were stark. The old ways had been underestimating the popularity of two genres: country and alternative.

Record labels had long known that “marginal” genres weren’t being counted properly because of human error or bias. But now that SoundScan showed exactly what was being sold, record labels finally began to understand what kind of music was actually resonating with consumers. Record executives not only ordered their people to search out and sign more country and alterative acts but to push these sorts of acts already on the roster.

For their farewell tour, Jane’s Addiction singer Perry Farrell wanted his band to go out with a bang. His idea was Lollapalooza, a travelling caravan of alternative bands that included his group as headliners along with Rollins Band, Nine Inch Nails, Butthole Surfers, Ice-T, and Siouxsie and the Banshees. The tour kicked off in Arizona and then wound its way across North America.

At the time, this seemed like a ridiculous idea. Who would pay to see this troop of weirdo bands? The local promoter was so concerned that I was given a big stack of tickets for the Toronto show and told to give them to anyone I could for the show at the old CNE Grandstand. The event on Aug. 9 was far from a sellout — somewhere around 15,000 people were there — but it was awfully cool.

A year later, Lollapalooza had to move to Molson Park in Barrie where over 35,000 people crawled over broken glass to get tickets.

Lollapalooza greatly affected the public’s attitude towards alternative music. More than a few people were converted.

Metallica shocked and surprised their thrash metal audience by releasing their “black” album. Canadian producer Bob Rock helped rein in the band a bit, crafting a new sound that made them more accessible without destroying their reputation. It is now regarded as one of the most important metal albums of all time. Alternative? Not really. But metal was still very much an outsider’s game, so yeah, maybe you can stretch the definition.

An album called Ten by an unknown Seattle band called Pearl Jam was released. Sales were tepid at first, but by the end of the year, it was one of the most talked-about records of 1991.

On the same day, a song called Smells Like Teen Spirit was sent to the few alt-rock radio stations that existed across North America. I was on the air when the CD came in. It was 11:38 a.m. when I put it on for the first time. Within seconds, the requests lines blew up with people screaming, “WHO IS THIS? WHERE DID THEY COME FROM?” Ten days later when I was DJing at a club, the crowd — which had slowly been getting bigger and bigger — already knew all the words. The single wasn’t even on sale yet.

Nirvana’s Smells Like Teen Spirit went on sale as a single. Their label considered this to be a mere amuse-bouche for the real single, which was supposed to be Lithium. DCG started boxing up an initial shipment of 46,251 copies of Nevermind to American record stores, thinking that if the record sold 100,000 or 150,000 copies they’d consider it a success.

Nevermind goes on sale and quickly sells out. Within a few weeks, the album is selling 300,000 copies a week. By January, it was able to push Michael Jackson out of the top spot on the Billboard album charts. The very same day, the Red Hot Chili Peppers released their career-defining Blood Sugar Sex Magick, a record that has since sold somewhere north of 12 million copies, becoming a seminal release in the history of alt-rock. And if that wasn’t enough, and after years of slogging it out, Soundgarden released their mainstream breakthrough album, Badmotorfinger. Harder than Nevermind and Ten, it nevertheless became one of the Holy Trinity of grunge albums.

Imagine that: Three legendary and iconic records were released at exactly the same moment on the same day.

After years of struggle, U2 finally released the follow-up to their massively successful Joshua Tree album. Achtung Baby, another production collaboration with Brian Eno and Daniel Lanois, secures U2’s place as one of the biggest bands in the world. Planetary sales are beyond 20 million. The subsequent Zoo TV world tour was one of the greatest ever staged.

And those are just the highlights. The Smashing Pumpkins released their debut album, Gish, immediately establishing them as an alternative force. In the U.K., Primal Scream issued Screamadelica, still one of the great British dance records of all time. And we need to acknowledge Guns N’ Roses’ Use Your Illusion I & II, the follow-up to Appetite for Destruction. While firmly outside the alternative realm, the Gunners’ style of L.A. rock wasn’t about to go down without a fight.

By the time we got to New Year’s Day 1992, it was obvious that there’d been a massive sea change in rock. It was out with the old and in with the new — and it happened. And for the next few years, we all lived in the Alternative Nation. The amount of new and interesting music generated during that period was nothing short of astounding.

Read more:
The future of the music industry is TikTok, and here’s why

Will we ever see such a year again? Doubtful. Technology has made it possible for each of us to become our own music directors. The giant consensuses we used to have about what music was good and what wasn’t have disappeared. Today, music has no centre. It’s a series of self-organizing mini-scenes and sounds that often break up before they achieve any sort of widespread traction.

But 30 years ago this summer — and especially this month — it was an embarrassment of riches for millions of people. No wonder people still can’t get enough of the 1990s.