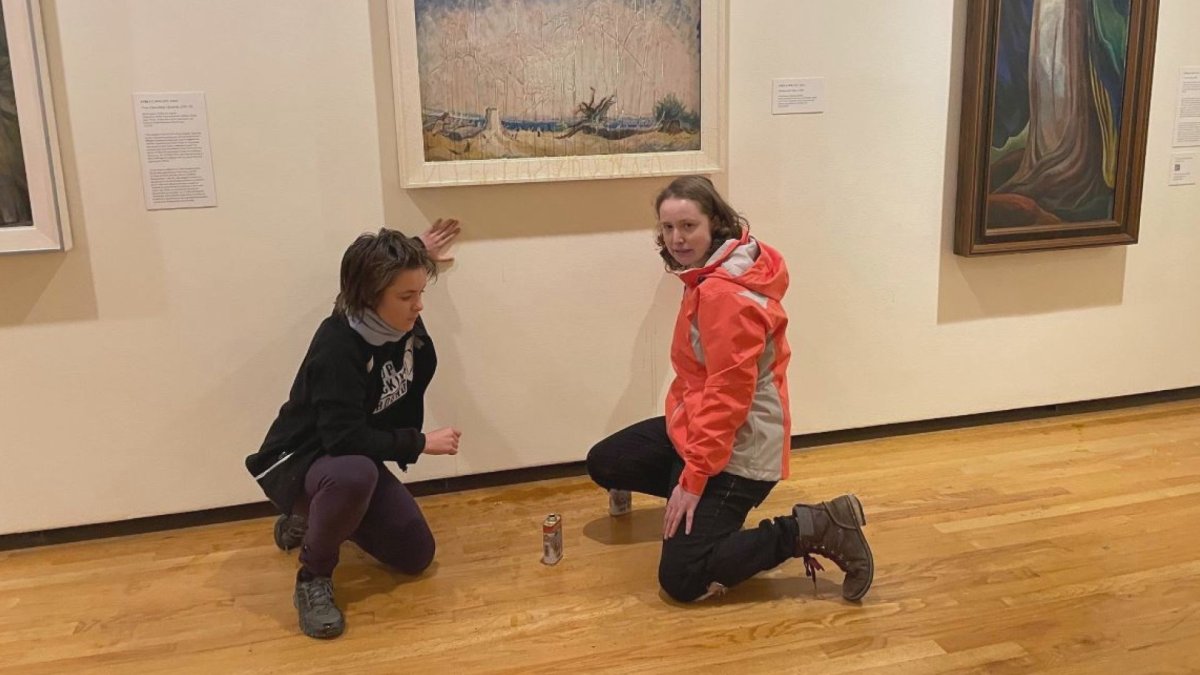 Vancouver police say they’ve identified the suspects who threw maple syrup on an Emily Carr painting and glued themselves to a wall at the Vancouver Art Gallery over the weekend.

Sgt. Steve Addison says an investigation is underway and officers will be speaking to witnesses, reviewing security video and assessing the cost of the damage.

The Vancouver Art Gallery says in a statement that Carr’s “Stumps and Sky” painting suffered no permanent harm.

It quotes director and CEO Anthony Kiendl as saying the gallery “condemns acts of vandalism” towards works of cultural significance in its care, or in any museum.

Kiendl says the gallery supports free expression, but not at the expense of suppressing others’ ideas and artistic expression, or inhibiting people from access to those ideas.

Don Marshall, a spokesman for the environmental group Stop Fracking Around, says the protest was intended to focus public attention on the climate emergency.

Addison says that after police finish collecting evidence, they will move forward to Crown counsel for review and approval of charges.