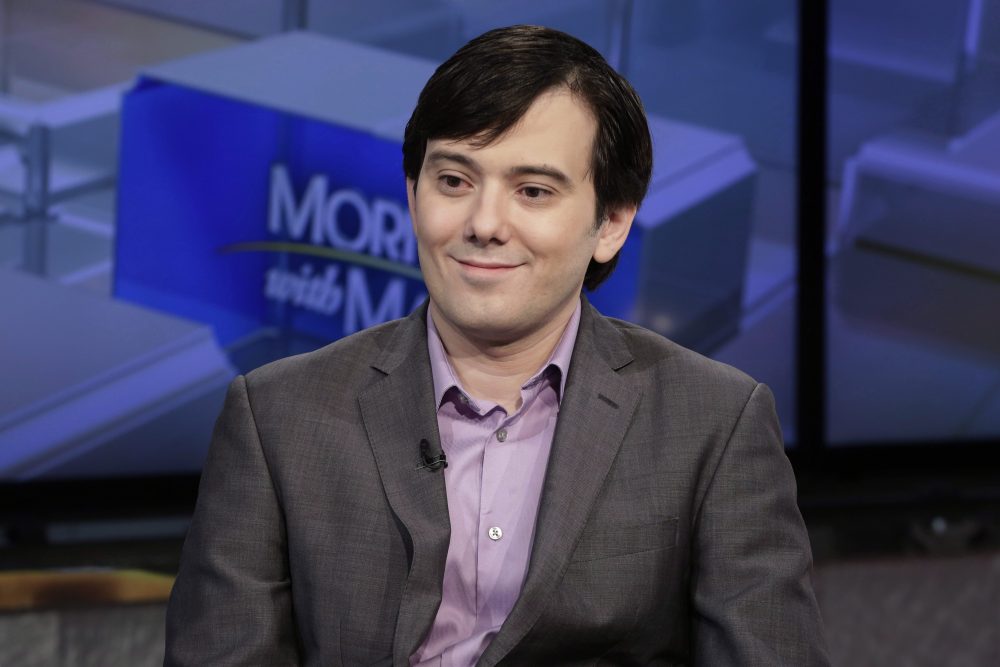 In this Aug. 15, 2017 photo, Martin Shkreli is interviewed on the Fox Business Network in New York.

Cash Rules Everything Around Martin Shkreli — or at least it did before he went to prison for fraud.

The U.S. government has sold off a one-of-a-kind Wu-Tang Clan album that it seized from Shkreli in 2018, as part of a $7.4-million forfeiture judgment against the so-called “pharma bro.”

The physical album, called Once Upon a Time in Shaolin, was sold to an anonymous buyer for an undisclosed amount, the U.S. Justice Department said. The money from the sale will go toward paying off the remainder of Shkreli’s forfeiture debt.

Shkreli is currently serving a seven-year prison sentence for defrauding pharmaceutical investors out of more than $10 million over the course of several years.

“Shkreli has been held accountable and paid the price for lying and stealing from investors to enrich himself,” acting U.S. attorney Jacquelyn Kasulis said in a statement on Tuesday.

“With today’s sale of this one-of-a-kind album, his payment of the forfeiture is now complete.”

The Wu-Tang Clan spent six years developing Once Upon a Time in Shaolin, which features 31 unreleased tracks from the multi-platinum rap group.

Shkreli’s lawyer, Brianne E. Murphy, said she spoke to Shkreli late Tuesday and he said he is “pleased with the sale price and RIP ODB,” a reference to Russell Tyrone Jones, known as Ol’ Dirty Bastard, a founding member of the nine-man Clan who died of an accidental drug overdose in 2004.

Shkreli was dubbed the “most hated man in America” in 2015, after jacking up the price of a life-saving AIDS drug by 5,000 per cent. He also gleefully bought the one-of-a-kind Wu-Tang album that year for a cool $2 million and refused to share it with others.

Shkreli once told VICE that he thought about destroying the album or placing it in a remote location so that people would have to go on a spiritual quest to hear it.