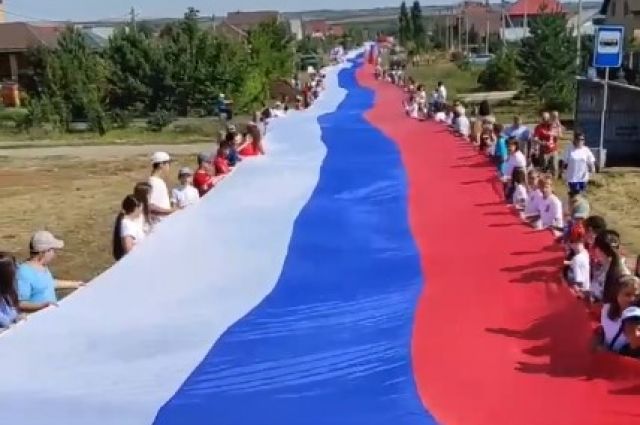 On the eve of the Day of the State Flag of the Russian Federation, which is celebrated on August 22, three thousand residents of the Orenburg region set a record by unfurling a huge tricolor 1.3 thousand meters long. This was reported in the government of the region.

The tricolor is the longest in the Russian Federation. It was deployed in the village of Podgorodnyaya Pokrovka. The weight of the flag is 600 kg, the width is 4.5 meters.

The tricolor in the Orenburg region is 288 meters longer than the flag in the Samara region, which set a record three years ago.

According to the head of the region Denis Pasler, the rally is a sign of respect for the Russian flag.

It was previously reported that a massive festive event took place on the beach in Limassol, Cyprus action on the eve of the Day of the State Flag of the Russian Federation.