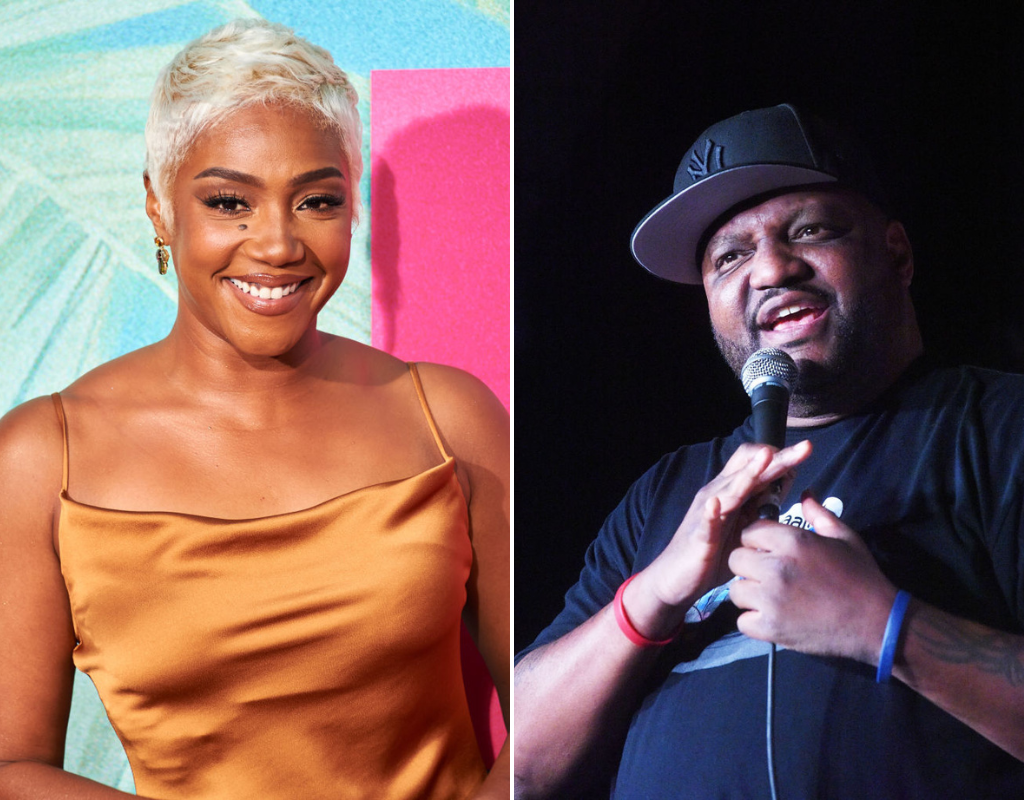 Tiffany Haddish (left) and Aries Spears (right) have been accused of sexually abusing a pair of siblings when they were minors in a new lawsuit.

NOTE: This article contains descriptions of a sexual nature that are disturbing. Please read at your own discretion.

Comedians Tiffany Haddish and Aries Spears have been accused of grooming two children and abusing them on camera for sexually explicit skits.

A lawsuit was filed against the two comedic actors in Los Angeles Superior Court, alleging that Haddish and Spears coerced a pair of siblings, identified only as Jane Doe, now 22, and John Doe, now 14, into taking part in sketches that left them “traumatized for life.”

Jane, as John’s legal guardian, filed the lawsuit both individually and on behalf of her younger brother for incidents that occurred in 2013 and 2014.

In the lawsuit, which was first reported by The Daily Beast, the two comedians are accused of intentional infliction of emotional distress, gross negligence, sexual battery, sexual harassment and sexual abuse of a minor. Haddish is additionally accused of breach of fiduciary duty, negligent supervision/failure to warn and constructive fraud.

Lawyers for Haddish and Spears have individually dismissed the lawsuit, characterizing it as a shakedown. Andrew Brettler, Haddish’s lawyer, claimed that the plaintiff’s mother has “been trying to assert these bogus claims against Ms. Haddish for several years.”

The lawyer called the claims “meritless” and said that Haddish had previously shown she “would not be shaken down.”

“Now, (the plaintiff’s mother) has her adult daughter representing herself in this lawsuit. The two of them will together face the consequences of pursuing this frivolous action,” Brettler said.

In a separate statement, Spears’ lawyer Debra Opri said the comedian “isn’t going to fall for any shakedown.”

According to the lawsuit, Haddish and Spears met the children because their mother was friends with Haddish through the comedy circuit. The siblings claim they used to call Haddish “Auntie Tiff,” and she called them “niece” and “nephew.”

In 2013, Haddish allegedly asked Jane, then 14, to act in a skit with her after the comedian appeared as a guest speaker at the comedy summer camp that Jane was attending. Haddish told Jane she had the “perfect role” for her, the lawsuit reads.

“Physically, emotionally, and mentally uncomfortable, plaintiff Jane Doe mimicked the acts that Haddish and Spears wanted her to do so she could go home,” the lawsuit continues.

Jane says she was paid US$100 for performing in the skit and, at the time, she did not tell her mother what happened during the shoot.

The next year, Haddish allegedly offered a role to Jane’s younger brother, telling the siblings’ mother that it would be “a sizzle reel for Nickelodeon,” to help the boy get cast by the TV network, the suit says.

The plaintiff’s mother asked “Jane” to chaperone the shoot but the siblings were told that they need to be “separate” for filming, the lawsuit claims.

According to the suit, the skit was titled Through A Pedophile’s Eyes and involved a child, John, being left alone with a man, played by Spears, who “leers at the child lustfully.”

John, then seven, was allegedly stripped “down to his underwear” and Spears massaged oil on his body. Later in the shoot, the two supposedly got into a bathtub with Spears forcing the child “closer to him in the tub.”

In the final scene of the skit, John is “portrayed as leering lustfully” at Spears before rubbing oil on his body, the lawsuit claims. The video ends with text on the screen reading: “WATCH WHO YOU LEAVE YOUR KIDS WITH!”

“After filming, Mr. Doe called his mother crying, saying he did not want to film anymore,” the lawsuit said.

Haddish said she did not have a copy of the footage but that it was meant to be a humorous sketch, the lawsuit alleged.

Four years later, in 2018, the plaintiff’s mother learned that the allegedly deleted skit had been published online, including to the “Funny or Die” website.

“The mother, upset, stated that she would have never let her son participate in a pedophile, child pornography skit,” the lawsuit claimed.

“Funny Or Die found the video absolutely disgusting and would never produce such content,” a spokesperson for the website stated. “We were not involved with the conceptualization, development, funding, or production of this video. It was uploaded to the site as user-generated content and removed in 2018 immediately after becoming aware of its existence,” they said.

The lawsuit says that both Jane and John have developed social disorders as a result of the alleged abuse.

The lawsuit claims that Jane “is scared she will be taken advantage of again and led down a path of false trust like the path that Haddish led her down.” As for John, the lawsuit says he “stays in his room at home and places Band-Aids over the cameras on his electronics for fear of being watched or recorded.”

Jane and John are suing Haddish and Spears for unspecified damages.