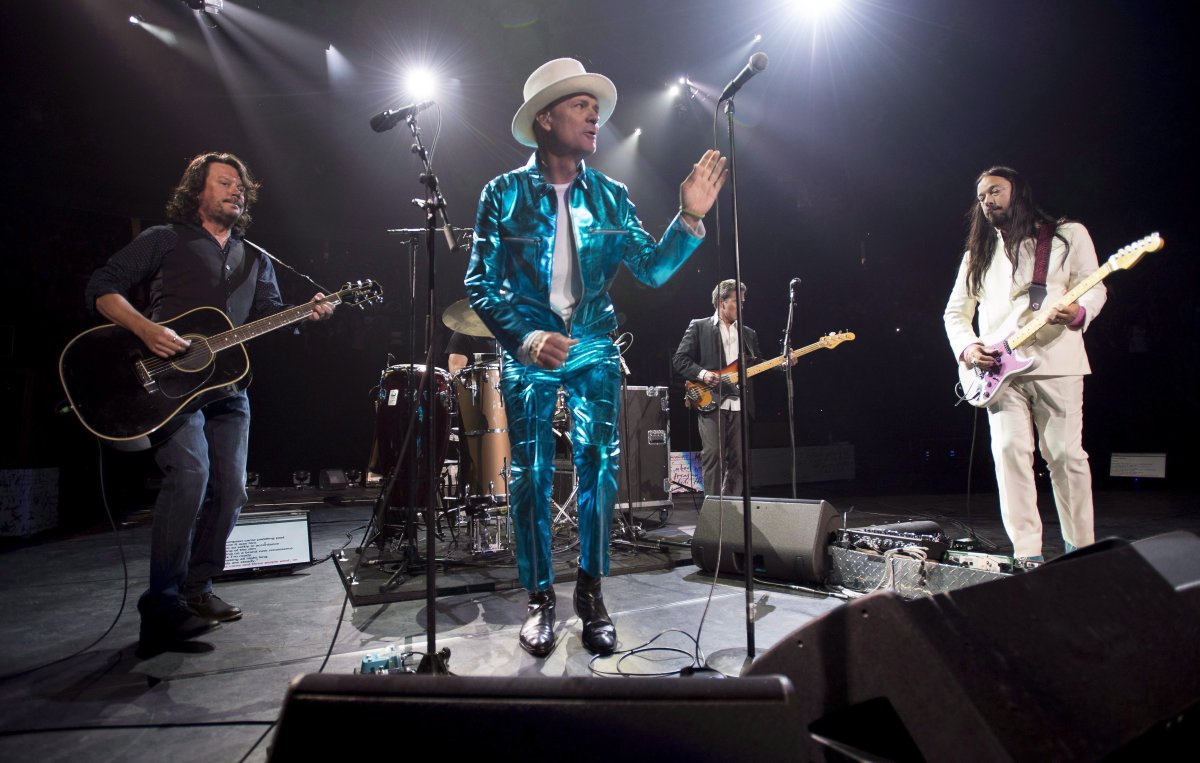 Frontman of the Tragically Hip, Gord Downie, centre, leads the band through a concert in Vancouver, Sunday, July, 24, 2016.

The Tragically Hip is giving their fans something to sing about with a new album of long-lost recordings.

Read more:
The Tragically Hip to reunite for performance with Feist at 2021 Junos

The Hip will release the collection Friday under the name Saskadelphia, a nod to the original working title of their chart-topping second album, which included Little Bones and Long Time Running.

Saskadelphia includes lead single Ouch, a gritty barroom fireball with the late Gord Downie growling lyrics against a wall of guitars, and Crack, among the band’s most effervescent rock tracks.

The album is rounded out with a live version of Montreal, a song the band says was written shortly after the 1989 massacre at Ecole Polytechnique.

Recorded at what’s now known as the Bell Centre on Dec. 7, 2000, the day after the 11th anniversary of the massacre, Downie introduces Montreal as a song about “the identification process.”

Guitarist Rob Baker says he believes Downie was referring to the identification of a dead body, as the lyrics recount a family preparing their daughter for her funeral.

Saskadelphia will be released on streaming services, vinyl and CD on Friday.