The peculiar comforts of radio stations in cottage country 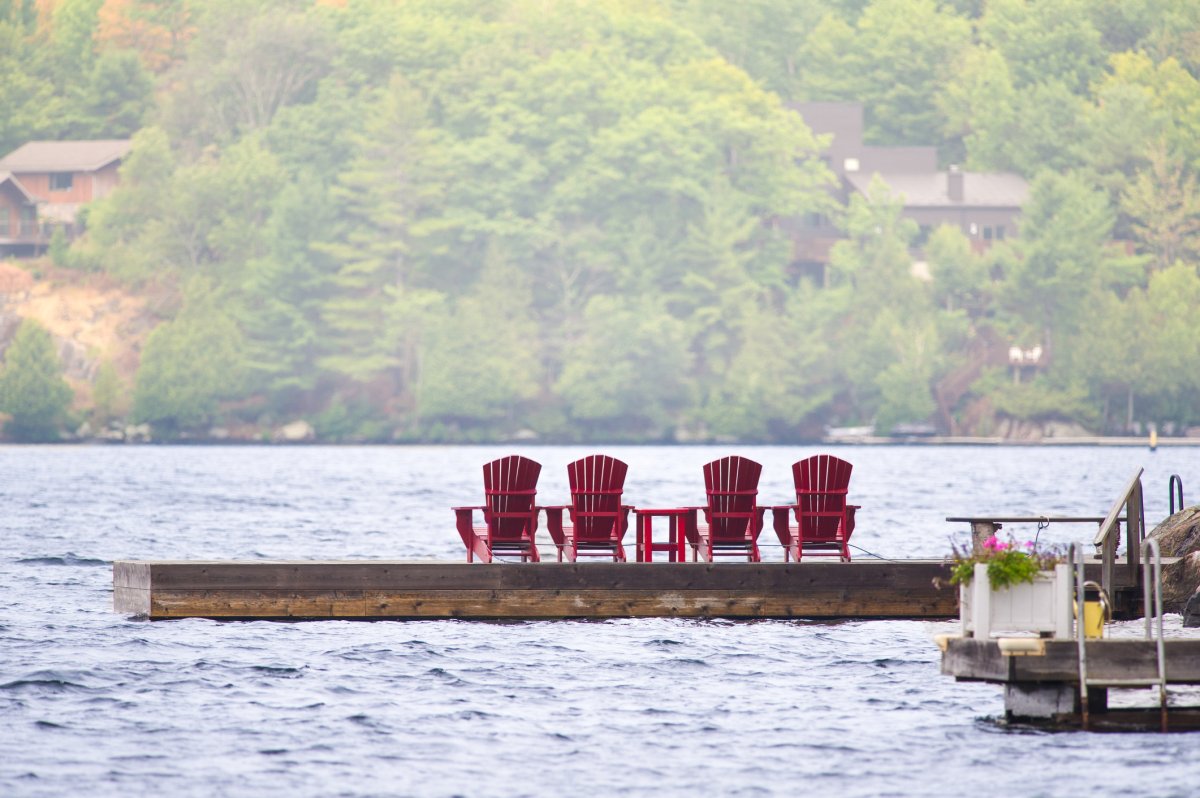 After months of lockdowns, stay-at-home orders, and working from home, it’s time for a much-needed change of scenery. So begins the annual migration to the campgrounds, lodges, and cottages of the Canadian wilderness.

Most such places aren’t as isolated as they once were as WiFi, satellite TV, and cellular service are widely available. But there are places off the grid enough so that the only connection to the outside world are the radio stations that serve the towns and villages of cottage country. These outlets, often independently owned and operated, offer a special type of broadcasting: small market radio with all its quirks and eccentricities.

I speak from experience, too, because my first full-time radio gig was at one such station: the now-defunct 1220 CJRL in Kenora, Ont.

For nine months of the year, CJRL was a 1,000-watt full-service AM station serving the 10,000 or so souls of Kenora and anyone within about a 50-kilometre radius. Not that there was much outside of town: some Indigenous communities, maybe a few prospectors, fishermen who overwintered on one of the dozens of islands on Lake of the Woods (like my Aunt Jenny), some bears, and a couple of Unibomber-type hermits.

But from June to Labour Day, the population of the immediate area swelled to more than twice its usual size with cottagers from Winnipeg, plus loads of American campers and fishermen. And in those days, unless you stayed in a hotel or lodge, TV reception was terribly spotty — few visitors had access to cable, so it was all rabbit ear reception — and you were lucky to even have a landline telephone in your cottage. A radio was not only essential for keeping up with the rest of the world. It was a piece of survival gear.

I arrived at CJRL right in the middle of July, arriving at the studio just above a shoe store on the main drag. My first assignment was a long weekday evening shift, starting at 5 p.m. and ending at 12:07 a.m. when the station took a cable feed of CHMM (now Power 97), an FM station in Winnipeg over the overnight hours. (I’m sure we had permission for that. At least, I’m pretty sure.) When the morning guy arrived at 6 a.m., he turned on the transmitter, played a recording of O Canada and the day began anew.

CJRL was part of a four-outlet group that also served Dryden, Red Lake, Sioux Lookout, and Fort Frances. And because we were the only radio station you could get in the Kenora area, business was good. All advertising was divided between us and the local paper, The Miner and News. Demand for airtime was so high that everything — and I mean everything — was sponsored.

Before I arrived, the last person out the door each night had to play a short commercial before shutting down the transmitter. That commercial was for the local funeral home: “The next six hours of restful silence is brought to you by …” I’m not kidding.

The commercial load was unreal. I had the misfortune of working the morning of a Labour Day Monday, a time when everyone wanted to get in one last sale, one last promotion, and all their back-to-school advertising on the air. Back then, commercials were played on sealed tape cartridges called carts and the announcer would prepare for each hour by making a stack of all the commercial carts that needed to be played over the next 60 minutes.

For the 8 a.m. hour, which started with a newscast (sponsored), sports (sponsored), weather (sponsored), and a community PSA feature (sponsored), my stack of carts was more than four feet high. No matter how efficiently I made my way through the hour, I couldn’t seem to make a dent in that pile. It was only when I hit about 8:50 a.m. that I totalled up the number of commercial minutes scheduled for that hour. It came to 62 minutes. And that was before news, weather, sports, music —anything.

I called the person in charge of schedule commercials. “How am I supposed to get 62 minutes of commercials into an hour that has only 60 minutes?” She was angry that I called her on a holiday. “I don’t care!” she snapped. “They paid to have their commercials run between 8 and 9! Just do it!”

We also had a series of quirky features that I later learned were common to small market radio stations everywhere. Almost all of them had a program like Swap’n’Shop, which was basically the audio equivalent of Kijiji or Craig’s list. Several times a day, we’d open the phone lines for people who had something to sell. And because Swap’n’Shop had been running for decades, everyone knew the script.

And so on for 15 minutes. Plus at least once a segment, someone would call offering to sell a bag of weed. Every. Single. Time.

The worst Swap’n’Shops were when no one called. I mean, we were doing this three times a day, so there were bound to be segments where no one wanted to swap or shop for anything. The boss wouldn’t let us cut it short, so we had to tread water with ad-libs for the full 15 minutes. When the phone did ring during one of those awful periods, I desperately leaped for the phone.

Caller: Yeah, there’s a dead dog on Highway 17 East. Someone really should go scrape the poor feller up before he gets lodged in the grill of a semi-truck carryin’ a load o’ logs. That’ll cause it to overheat and that would be bad. A guy’s got to get his load to his destination, you know? [Click] Story continues below advertisement

Another important part of the day was Contact, billed as “Communication for people without a normal means of communication.” With so many people lacking basic phone service on their boats, islands, and cottages, this truly was a vital communication. Messages were phoned in or dropped off at reception during office hours and then placed in a binder in the control room. During my long evening shift, I knew that one of my biggest audiences came at 5:37 p.m. with the last Contact communique of the day.

Recorded voiceover: Contact! Communication for people without a normal means of communication!

Sound effect in the background: Deet-de-deet-deet-de-deet…

And so on and so forth.

These stations were also great for people who love fire ‘n brimstone preachers, too. Ministries will still pay good money to run their programs as sorts of infomercials for God. Back in the day in Kenora, Sundays were devoted to non-stop God programs. Even weekdays evenings were available. I ran the 30-minute Back to the Bible broadcast starting at 7 p.m., during which time I’d run to my car and race to the McDonald’s drive-through, returning in time to switch to World Missionary Evangelism with Dr. John Douglas Senior and Daughter Yvonne at 7:30 p.m.

But nothing could beat the daily obituary at around 12:45 p.m. Sponsored by the local funeral home (who else?), an announcer read a flowery obit over some dirge-y organ music.

It became a tradition to try to get the new guy to laugh while reading this very serious piece of copy. One day as I was going through this very sad obituary, Ted, another announcer, marched in wearing an Alien T-shirt that read “In space, no one can hear you fart” and carrying a plunger. He then proceeded to direct me as a conductor would do with an orchestra. This did not end well.

I need to write a book about some of these experiences.

Small-town radio has changed dramatically over the decades. The advent of cell phones, satellite technology, and WiFi has driven a lot of the old features to extinction. But while some programming is filled with voice-tracking — that’s when an announcer in a larger market provides pre-recorded talking bits in an effort to make the small-town station sound more big-league (and to cut costs)  — there is still plenty of content featuring live and local announcers which leaves plenty of room for some quirks you won’t hear elsewhere.

A friend with a cottage recently noticed a stray dog on her road. She phoned the local radio station which broadcast a lost dog message within 15 minutes. And because these stations are often the breeding grounds for new radio announcers, this is where you can hear newbies learn their craft live and on the air. That can be fun, too.

CJRL no longer exists in the form that I knew it; it long ago made the flip to FM where it’s now known as The Lake. But it still is an incredibly important part of the community. Once I’m all vaxxed up and I get a chance to visit my parents in Winnipeg, I may take a drive east on the Trans-Canada and pay them a visit. For old time’s sake, you know?

If you’re heading out camping, glamping, or cottaging this summer, bring along a radio and tune into a local station. It’ll add a lot to the colour of a glorious Canadian summer.