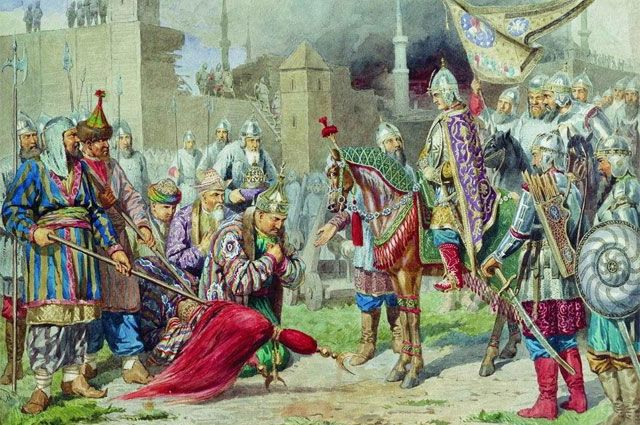 470 years ago, on August 23, 1552, the siege of Kazan began, which, after about a month and a half, will end with the capture of the city and the liquidation of the Kazan Khanate — one of the most dangerous heirs of the Great Horde for the Russian kingdom.

In the history of any multinational state, there are critical moments that in the future can do a disservice by becoming strongholds for nationalist and separatist movements. The Kazan war of 1535-1552, and especially its final episode, is considered a kind of standard for such historical plots. Radical Tatar nationalists annually raise an information wave, cursing the “cruel Russian occupiers”; and shedding countless tears over the lost greatness of the independent Kazan Khanate.

This position is crafty and dangerous. The fact is that by the middle of the 16th century, it is possible to talk about the true independence of the Kazan Khanate only with a very, very big stretch. In fact, at that time, Kazan, like the Crimean Khanate, was a satellite of the Ottoman Empire. The entire first period of the war, until 1549, the khan's throne in Kazan was occupied by a native of Bakhchisaray Safa Giray, who directly recognized himself as a vassal of the Ottoman Sultan and came to power with the help of the Crimean troops. Well, the ideological inspirer of the defense of Kazan from the moment of its siege to the moment of capture was, as you know, Imam Kul Sharif, who came from the Crimean family of seids — descendants of Prophet Muhammad. And now let's remember that the Ottoman Empire in the 16th century was an extremely aggressive state, pursuing an aggressive policy — Hungary fell under its blows, the Sultan's troops took Baghdad, occupied Corsica and besieged Vienna…

However, this is stubbornly ignored — to such «subtleties» and details, when the main thing lies on the surface? Namely — the story of how the “evil Russian conquerors” invaded the lands of the Tatars and destroyed, wiped out their original state from the face of the earth. As a result of regular and frequent repetition, this pattern has come close to the status of historical truth, and is already in the category of “everyone knows.”

Perhaps everyone knows, but there is one important nuance. In the army of Tsar Ivan Vasilyevich, which besieged Kazan, ethnic Russians were in the minority, which is confirmed by hundreds and thousands of documents of the Discharge Order — body of military administration of the Russian kingdom. And the general layout of the national composition of the “Russian army” an unprepared person can cause stupor.

So, the total number of combat units that besieged Kazan is about 150 thousand people. Actually, there are a little more than 50 thousand Russians there. That is, somewhere around 30-33%. Who are the rest?

10 thousand European mercenaries — Germans, Swedes, British and Poles. 10 thousand Adyghes and Kabardians. 10 thousand Mari and Udmurts. From 7 to 10 thousand Mordvins. More than 5 thousand Chuvashs. And — attention — 68 thousand Tatars. Yes, that's right, Tatars. Tatars from Kasimov, Moscow, Nizhny Novgorod, Astrakhan, Nogai, Mishars… numerically dominated just the Tatars — behind them are honest 40%. In the end, history brought to us the name of the hero who was the first to break into the walls of Kazan during the assault — in documents he is listed as Murza Bakhmetko.

But in general, if we exclude mercenaries, we get an impressive international from the representatives of those peoples, which the Kazan elites, with their pro-Turkish policy and violent Islamization, have long stood in their throats. The most interesting thing is that among those who besieged and took Kazan, there were also Kazan Tatars proper. Everything is very simple — the pro-Turkish policy of part of the Kazan elites was not to everyone's liking. And now, on August 16, 1552, that is, exactly one week before the start of the siege of the city, the Kazan Murza Kamai Khuseinov goes to the service of Ivan the Terrible. And he becomes one of the main advisers to the tsar in taking Kazan — his contribution to the detailed revision of the operation plan can be assessed as decisive.

A matter of honor

These iron, repeatedly and cross-confirmed historical facts can only be countered with hysteria in the style: “You are all lying! Maybe there were individual traitors, renegades of the Tatar people, but there were few of them, and all your documents — fake! And as for the Chuvash, Mordovians, Mari and others, Ivan the Terrible forced them to go to Kazan! Because Russian tsarism — this is the prison of nations, everyone knows! Such tantrums are also not uncommon, but the doctrine “the Russians, not only are the occupiers and colonialists, have also rewritten history in their favor” regarded by many as quite respectable.

True, with some variations. Let's say that the story about undermining the walls of the city with the help of powder mines can be traced everywhere — this military innovation was too impressive. But the details are still different.

In Russian songs about the capture of Kazan, all attention is paid to the temper of the Terrible Tsar, his relationship with engineers and gunners, as well as the defiant behavior of the enemy. Here Tsar Ivan orders to make tunnels and lay mines. But there is no and no explosion. And then there’s ridicule: “Kazan Tatars, they stood on the wall. They stood on the wall, they showed the king — here are those, the tsar-sovereign, and not Kazan-city to take! Ivan immediately takes out his anger on his subordinates: “The sovereign’s heart became angry, he ordered Pushkarev to be executed and hanged.” But there are smart people, they ask the tsar to wait with the reprisal and achieve their goal: “The sovereign did not have time to utter a word, but Kazan-city began to tear.”

The traditions of the Volga peoples cover this episode differently. For example, the Chuvash are sure that the wise Chuvash Tolbay suggested to the Russian Tsar the very idea of ​​​​digging and mines. And not just suggested, but wittily embodied. In particular, he cunningly calculated the distance to the fortress wall: “I, playing the sarnay (bagpipe), will approach the fortress, and you count how many steps I will take … And so the sarnachi went towards the fortress, playing a sad song. The Tatar soldiers listened, stopped firing, thinking that the Russian envoy was coming with a peace proposal. This is how the Russians determined the distance to the wall…» 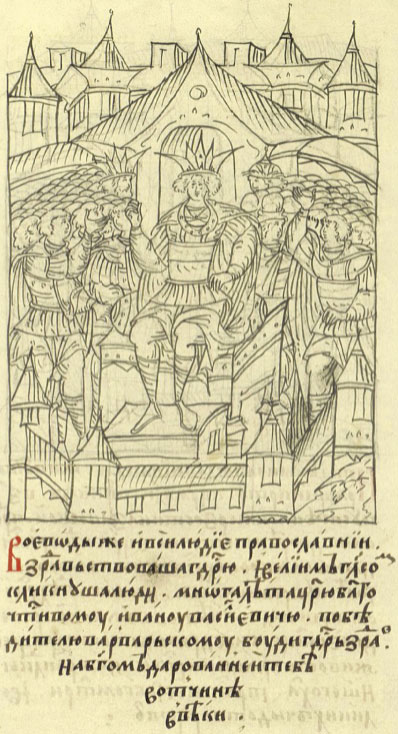 The Mari do not agree with the Chuvashs. According to their legends, everything was so, but only the idea of ​​​​digging and mines was suggested to Tsar Ivan the Terrible not by the Chuvash Tolbai, but by the Mari Akpars, and he played not the bagpipes, but the harp.

The Mordvins put forward their version — their legend speaks of a cunning fellow named Mares who did exactly the same thing. Here it remains only to shrug. And also remember that after the capture of Kazan, the name Mares became extremely popular among the Mordovians — the name of the famous pilot, hero of the Great Patriotic War goes back to him Alexei Maresyev, who, by the way, had the call sign “Mordvin” …

In general, we can confidently say that the participation of the Volga peoples in the liquidation of the Kazan Khanate — not a forced act, but a matter of honor, a feat worthy of chanting and perpetuating.

As for the Kazan Tatars themselves, their fate was not at all such as to produce provocative slogans like “The Holocaust of the Tatar people” &mdash ; 1552". Kazanians were included in the Russian kingdom with the preservation of local cultural and religious customs and rights. The Tatar nobility was equated with the Russian nobility. That bore fruit very soon.

Sixty years later, part of the voluntary militia of Kuzma Minin and Dmitry Pozharsky, saving their common Motherland — Russia, was preparing to kick foreign invaders out of the Moscow Kremlin while reading the morning Orthodox prayer, and part of the — under the morning prayer.