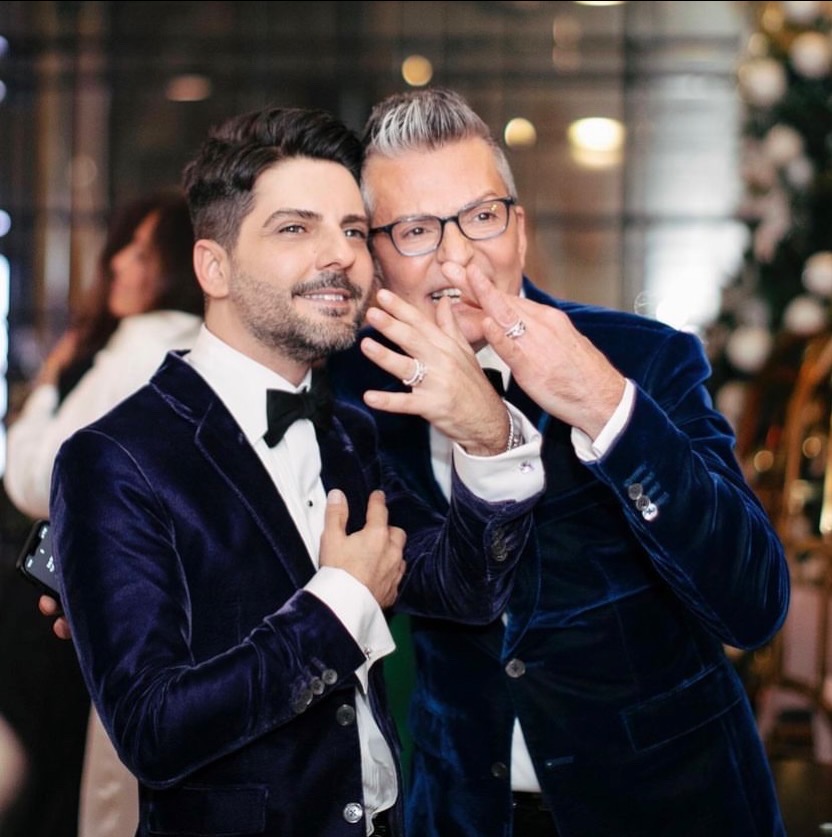 'Say Yes to the Dress' star Randy Fenoli is engaged to his partner Mete Kobal.

Say Yes to the Dress star Randy Fenoli is used to hearing wedding bells chime, but soon enough he’ll be hearing his own.

Fenoli, a wedding dress designer and former Kleinfeld Bridal fashion director, has officially proposed to his partner of nearly a year, Mete Kobal.

He shared a photo of him and Kobal in matching blue suede suits, sporting their new silver engagement bands.

“We’re so in love! Thank you so much!” Fenoli wrote on Instagram.

High-profile event and wedding planner Marcy Blum, who helped arrange the proposal, also tagged Fenoli in a series of photos. She shared an image of Fenoli on one knee in front of Kobal on a small stage surrounded by pink and purple flower arrangements.

“It wasn’t a dress, but @metekobal did say yes to @randyfenoli,” Blum wrote. “My longtime friend Randy, became engaged to his love last night, family and friends were there to celebrate.”

Fenoli told People magazine he proposed to Kobal at the Marmara Park Avenue hotel in New York City. Fenoli had told Kobal they were going to have dinner at the Museum of Modern Art but instead surprised him with the proposal.

The proposal was large and lavish, with 50 guests reportedly in attendance, all of whom were friends and family. Several of Kobal’s friends from Turkey, where he is originally from, tuned in via a Zoom call.

Blum told People the opulent proposal was exactly Fenoli’s style, as “anyone who knows Randy either personally or from television knows, ‘understated’ is not in his vocabulary.”

“I’m the king of bridal. I’ve been doing this bridal for 30 years, and I honestly just never thought it was going to happen for me,” Fenoli told People.

Fenoli said they are planning to get married while on a Princess Cruise with stops in Greece, Italy and Istanbul, so that the soon-to-be newlyweds can celebrate with Kobal’s friends and family in Turkey.