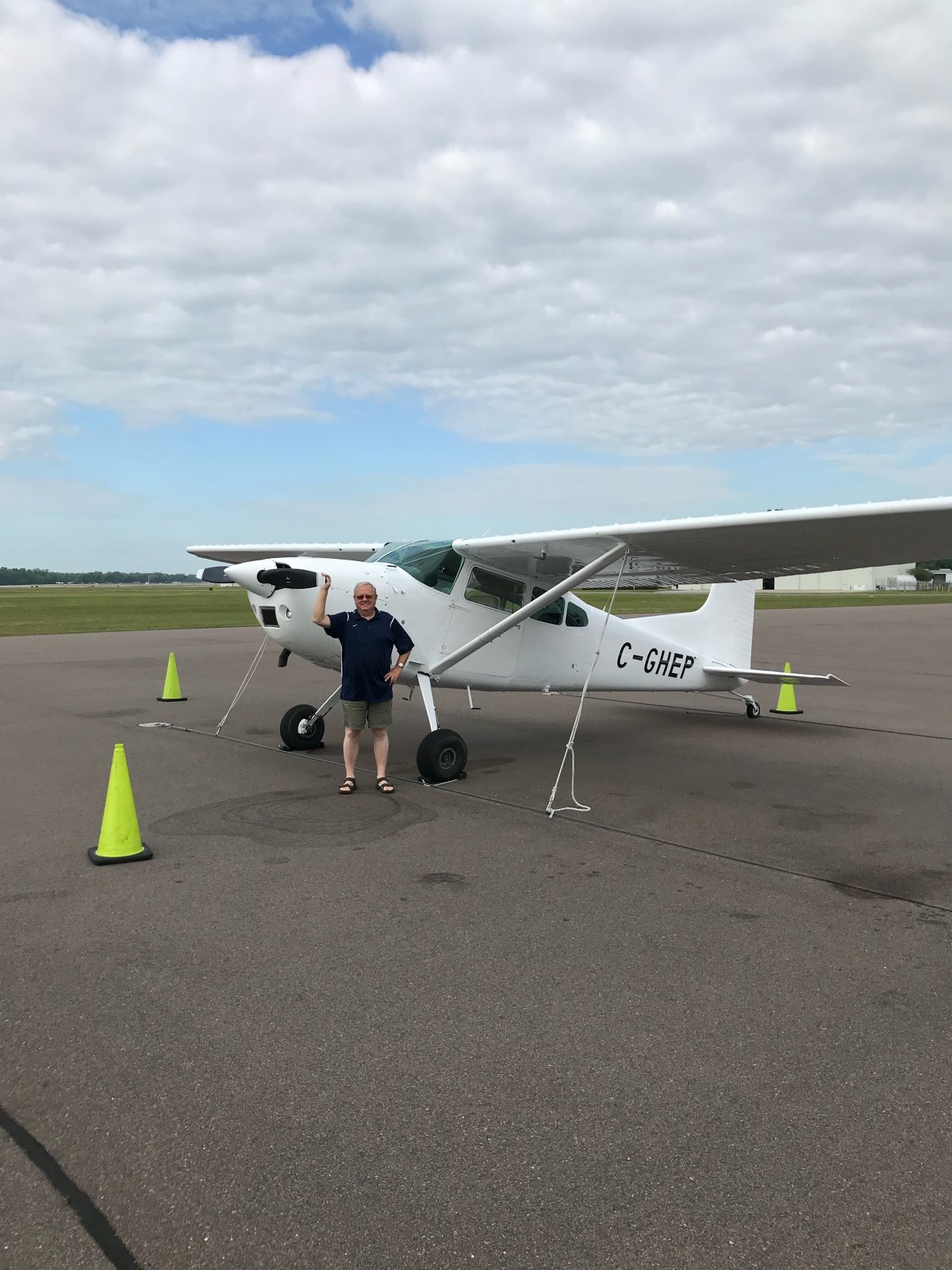 Ronald Jenson stands with his 1973 Cessna 185 after it's restoration had been completed.

There’s no time to die for Roland Jenson’s 1973 Cessna 185 floatplane.

The president of Cloud 9 Air Spray in Outlook, Sask., purchased the plane a few years ago, and although he didn’t spend many hours flying it he did spend a fair few restoring it.

“Most of the time was spent refurbishing it,” he explained. “The plane was stripped and painted, it got a new interior, plus other major repairs to the airplane from anything like fixing a fuel line to doing engine work (it was) just about a complete restoration.”

Read more:
From refugee to pilot, this inspiring Saskatoon teen is achieving her dreams

After spending hours rebuilding his plane, Jenson put a sales advertisement on an aviation site, and he could hardly believe who came calling.

“I wasn’t really planning on selling it, but I ended up getting a call from a production company in London, England, that was in charge of acquiring assets or props you might call them for a movie,” Jenson said.

The movie in question is the latest in the James Bond film series ‘No time to die.’

Jenson flew the plane from the hanger he was storing it at in Mesa, Arizona to Lakeland, Florida and that’s when things began to get real for the former owner of a now famous plane.

“To start with I didn’t say anything to my acquaintances or friends, etc,” he said. “But once it was all confirmed and I delivered the airplane, all the numbers went into line you might say, all the stars lined up that yes, this is a true story and (the plane) was going to the James Bond movie.”

Jenson has seen a brief appearance from his former aircraft in the movies trailer, but he hasn’t yet seen it on the big screen, but plans to in the near future.

“I have seen the trailers, but I haven’t seen the movie yet,” he explained. “But, we’re going to head into town one of these days to see it.”