Rygin King gets some hate mail from some fans after sharing a heartfelt post about one of his baby mamas.

Montego Bay-based dancehall artiste Rygin King has seemingly been caught in some hot mess after he shared a photo of the mother of one of his kids on Instagram, wishing her a happy birthday. He wrote, “Happy birthday to my baby mother wishing you blessings on top of blessing. It’s ur day enjoy it. love from ur baby daddy,” on the now-deleted post.

The move was seen as a hypocritical one by persons who attacked the deejay for supposedly not sharing a similar post about his first baby mother when it was her birthday.

Unfair and disrespectful were just a few of the other terms thrown out at the 25-year-old singjay. The “Tuff” deejay got blasted for allegedly ditching the female who stood behind him as he worked to establish his career some years ago. 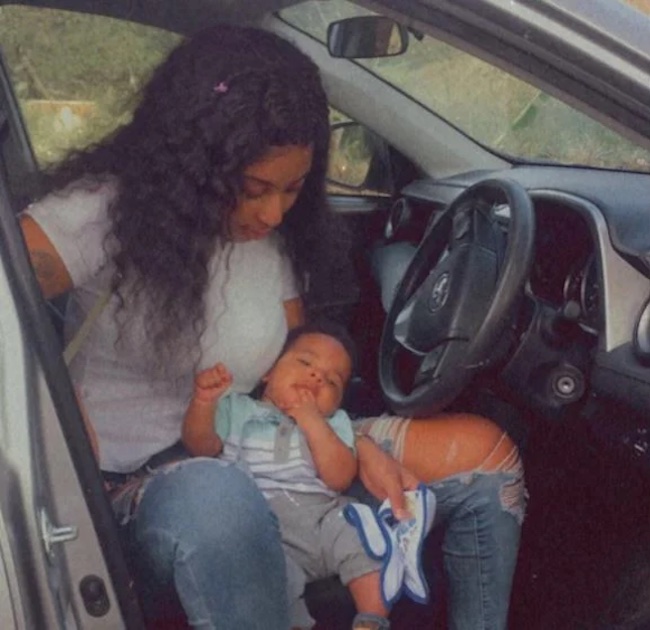 A fan defending Rygin King indicated that a post was indeed made for his daughter’s mother. Declaring, “He did post her for her bday. He just doesn’t keep it on his page. This one will be removed too after a while.” A quick review of the entertainer’s Instagram page shows that the most recent post is no longer there. Also, it can be observed that the deejays page is a compilation of his solo shots along with posters and clips from his musical endeavors.

The father of two has never been shy about mentioning his kids. He has done so on numerous tracks, however, felt it special to craft “Hush” for his daughter in 2018.

After recovering from a shooting incident in Ashton, Westmoreland, the artiste counted his blessings since he is now able to see his son and daughter grow up.

As one would imagine, the deejay has remained quite tight-lipped on social media since the tragic incident that took the life of his then-current girlfriend and injured another member of his entourage.

Despite all his challenges, Rygin King has remained focused and is now working on an album.