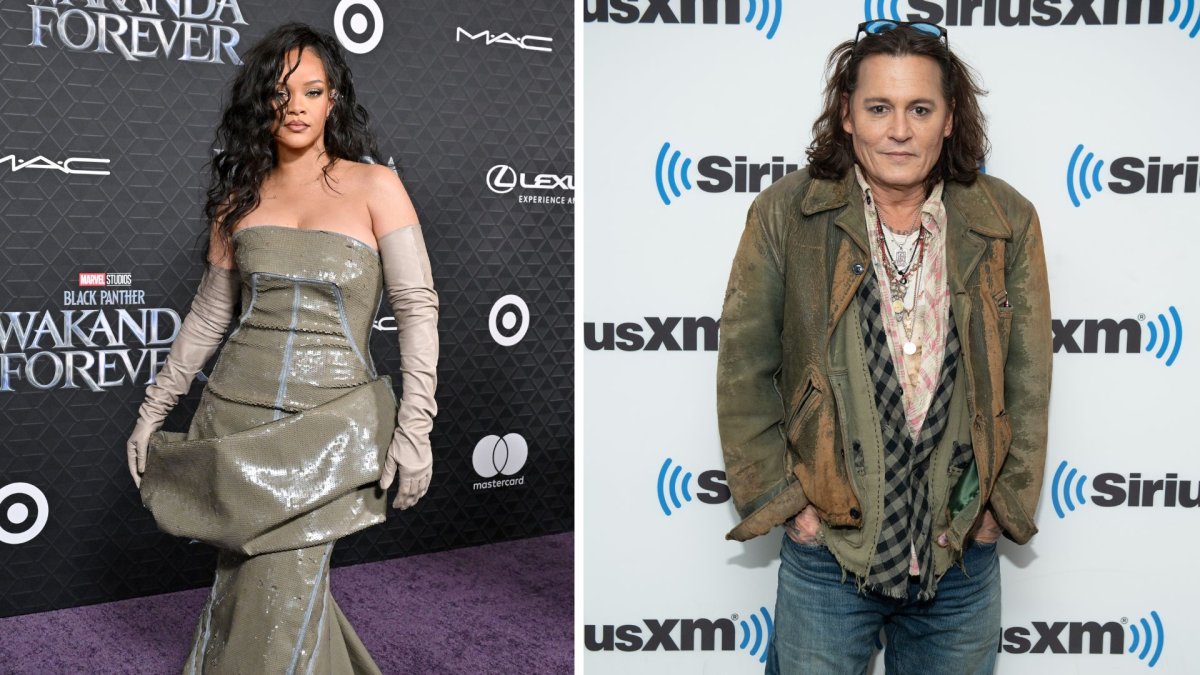 Rihanna has come under fire on social media for inviting Johnny Depp to be a featured star in the upcoming Savage X Fenty fashion show on Nov. 9, 2022.

It appears Johnny Depp will be welcomed back into the entertainment sphere with open arms, though it’s not without criticism.

Depp, 59, will make a cameo appearance in Rihanna‘s highly anticipated Savage X Fenty fashion show, alongside a number of other celebrities and influencers.

The 40-minute show is the fourth of its kind for Rihanna’s incredibly popular lingerie and sleepwear brand.

A press release for the upcoming show called the event a “seductive fashion fever dream.” Depp was not mentioned in the press release in the long list of notable people taking part.

Though Depp will not be on the catwalk, his pre-recorded cameo will come halfway through the show, to the tune of Outkast’s So Fresh, So Clean.

Leaked images of Depp for the fashion show have already circulated online.

Neither Depp nor Rihanna has commented publicly on the Pirates of the Caribbean actor’s involvement.

News of Depp’s participation in the show, which was first reported by TMZ, triggered instant conversation on social media, with many calling for Rihanna and her team to #DitchDepp.

Depp remains a polarizing figure following the highly publicized defamation trial against his ex-wife Amber Heard, which concluded in June. Depp sued Heard over a 2018 op-ed she penned for the Washington Post, in which she referred to herself as a “public figure representing domestic abuse.” The jury awarded Depp US$10 million in damages and provided Heard a partial $2-million win. Both Depp and Heard have appealed the verdict.

In 2020, Depp lost a similar case in the U.K., in which he sued the British tabloid The Sun for calling him a “wife beater.” A U.K. judge decided The Sun’s claims were “substantially true.” Heard testified in court to back The Sun’s claims. Depp appealed the verdict but was denied.

Though Depp won his most recent case, public sentiment for the actor is very clearly divided.

If Johnny Depp has any part in this, I will no longer support the brand.

It amazes me how so many people could be manipulated by Amber Heard’s lies. You guys are beating a dead horse. The trial is OVER. Johnny Depp is INNOCENT. Amber is GUILTY. Some of you didn’t watch the trial and it shows.

Congrats on the appearance with Rihanna, Johnny. ❤️🏴‍☠️

Rihanna is a billionaire, so that's strike one. One minute she's not performing at the Super Bowl in solidarity with Colin Kaepernick and the next minute she's announcing she is and for some reason she invited Johnny Depp to be part of her show. Morals where?

Rihanna is fr so weird for bringing Johnny Depp into her show. NO ONE was talking about this man until the trial. the ONLY reason he’s relevant is for beating women. like where is her head

Rihanna is a TRUE strong female role model. She has a mind of her own and has made her own money, not stolen from men like a certain lying abuser. Her supporting fellow survivor Johnny Depp only increases my respect for her.

I’ve been following Rihanna since she debuted in 2005 and I’ve been a huge fan ever since. I remember reading her story and I’ve supported her ever since. I’m so proud of her. Seeing her supporting Johnny Depp like this warms my heart. She knows a survivor when she sees one

Many fans of Rihanna, 34, have expressed either their confusion or support for Depp’s participation in the fashion show, given it is widely known that the singer herself was a victim of domestic abuse. In 2009, her ex-boyfriend Chris Brown was arrested and pleaded guilty to physically assaulting Rihanna.

Rihanna giving Johnny Depp clout is actually a really good example of why it means nothing when someone says “as a victim of domestic violence, I support JD”. Like sorry that you went through that however it is still very not OK to support abusers!!!

not Rihanna, a domestic abuse victim, partnering with johnny depp?? pls girly I am trying to see past the money-grabbing billionnairism because you do good makeup and good skincare and good fragrance and good fashion and good music, but I cannot look past this!!!! Disappointed

Just a reminder that Johnny Depp and Rihanna are survivors of domestic violence.

Other celebrity appearances at the Savage X Fenty fashion show, as per the press release, include Simu Liu, Cara Delevingne, Bella Poarch, Kornbread, Lilly Singh, Rickey Thompson and many more.

The Savage X Fenty fashion show will be available to stream exclusively on Amazon Prime Video on Wednesday.