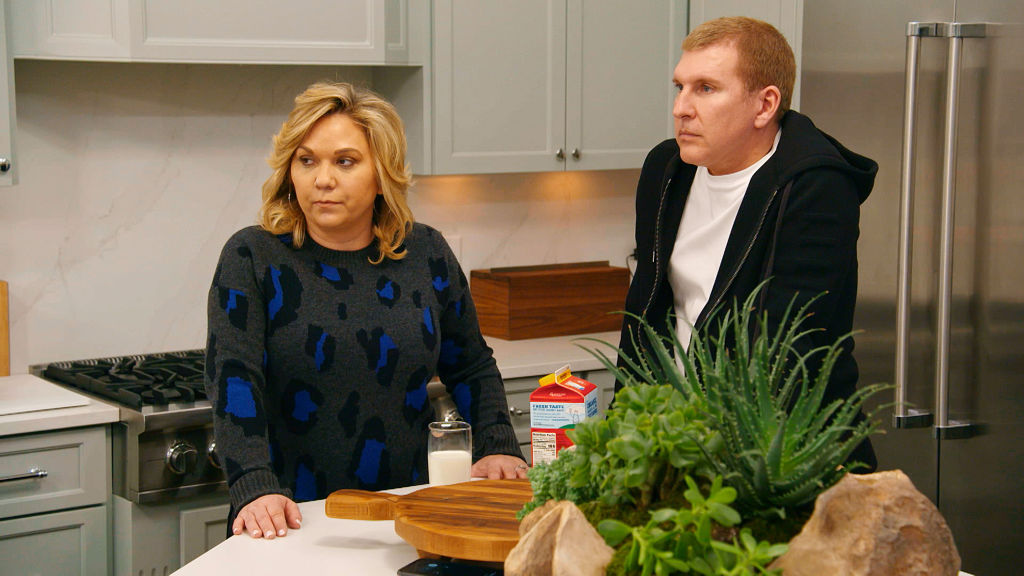 Reality TV stars Todd and Julie Chrisley were handed hefty sentences on Monday for a years-long conspiracy with their accountant to defraud multiple Atlanta-area banks and hide their wealth from tax authorities, all while flaunting their lavish lifestyle in front of television cameras.

Todd, 54, was sentenced to 12 years in prison and his wife Julie, 49, will serve seven years behind bars after both were found guilty on charges of bank fraud, tax evasion and conspiring to defraud the U.S. Internal Revenue Service (IRS). Julie was additionally convicted for wire fraud and obstruction of justice.

The Chrisleys will each serve three years of supervised release after their prison sentences and have been ordered to pay restitution in an amount to be determined later.

Prosecutors say that the couple, known for their reality show Chrisley Knows Best, submitted fake documents to community banks to secure more than US$30 million in fraudulent loans. The pair then spent the money on luxury cars, designer clothes, real estate and vacations, then opened up new fraudulent loans to pay back the old ones, according to U.S. Attorney Ryan K. Buchanan in a June press release.

After their money ran out, Todd filed for bankruptcy and walked away from more than $20 million in debt. Around this time, the Chrisleys started their reality show, where they “flaunted their wealth and lifestyle to the American public,” prosecutors wrote, and then hid the millions they made from the show from the IRS.

The couple’s accountant, Peter Tarantino, 60, was sentenced to three years in prison for his role in the scheme, and was found guilty of conspiracy to defraud the IRS and willfully filing false tax returns. Following his prison sentence, Tarantino will serve three years of supervised release.

Instead of keeping a low profile while evading taxes, the Chrisleys went in the opposite direction, prosecutors said.

“In 2013, while Todd was in the midst of bankruptcy proceedings, the Chrisleys filmed a promotional video for their new reality show about their extravagant lifestyle. In the video, Todd boasted that he ‘make[s] millions of dollars a year,’ and in another shot, where he is standing in his walk-in closet in his expansive house, he bragged that ‘in a year, we probably spend over $300,000, sometimes more, just on clothing,’” prosecutors said, according to CBS.

Chrisley Knows Best, which ran for nine seasons and followed “real estate tycoon” Todd and his family, has been cancelled following the sentencing, as well as spin-off show Growing up Chrisley, according to Deadline. Chrisley Knows Best was initially renewed for a tenth season before the couple were convicted, and USA Network will air a handful of episodes that were filmed before the trial.

Prosecutors say that the Chrisleys funnelled their reality show income into a loan-out company that was kept solely in Julie’s name to avoid paying half a million dollars in delinquent taxes owed by Todd. When the IRS requested information about Julie’s accounts, the pair attempted to further hide their income by transferring ownership of their corporate bank account to Todd’s mother.

“The Chrisleys have built an empire based on the lie that their wealth came from dedication and hard work,” prosecutors wrote in a pre-sentencing court filing. “The jury’s unanimous verdict sets the record straight: Todd and Julie Chrisley are career swindlers who have made a living by jumping from one fraud scheme to another, lying to banks, stiffing vendors, and evading taxes at every corner.”

The Chrisleys also submitted a false document to a grand jury that was investigating their crimes and then convinced friends and family members to lie under oath during their trial, prosecutors argued. Neither has shown any remorse and they have, instead, blamed others for their criminal conduct, prosecutors wrote.

“The Chrisleys are unique given the varied and wide-ranging scope of their fraudulent conduct and the extent to which they engaged in fraud and obstructive behaviour for a prolonged period of time,” prosecutors said.

Lawyers for Todd had argued in a court filing that he should not face more than nine years in prison. Meanwhile, lawyers for Julie said a reasonable sentence for her would be probation with special conditions and no prison time.

Todd’s lawyers said in a filing that the government never produced any evidence that he meant to defraud the banks, and that the loss amount calculated was incorrect. They also noted that the offences were committed a long time ago and said he has no serious criminal history and has medical conditions that “would make imprisonment disproportionately harsh.”

Julie’s lawyers contended that she played a minimal role in the conspiracy and was not involved when the loans discussed in sentencing documents were obtained. She has no prior convictions, is an asset to her community and has “extraordinary family obligations,” her lawyers wrote, as they asked for a sentence of probation, restitution and community service.

The Chrisleys have three children together and full custody of the 10-year-old daughter of Todd’s son from a prior marriage. One of the couple’s children, Grayson Chrisley, 16, was hospitalized earlier this month after he rear-ended a stopped vehicle on I-65N, according to Nashville police.

Grayson was “unable to recall anything from the accident, possibly due to a head injury,” according to the department.