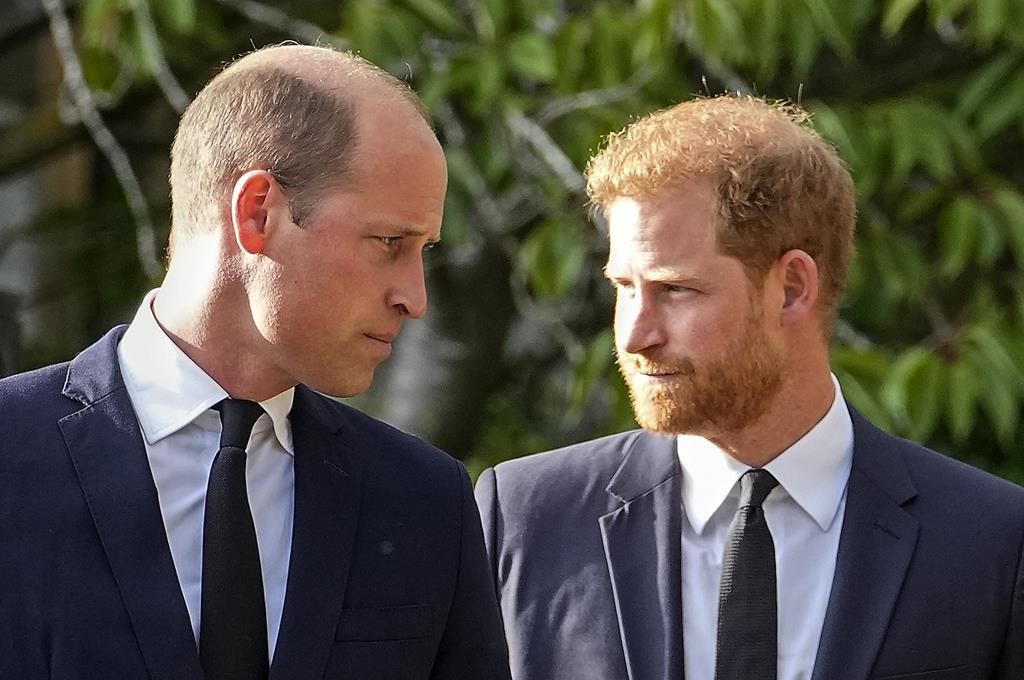 Prince William and Prince Harry walk beside each other after viewing the floral tributes for the late Queen Elizabeth II outside Windsor Castle, in Windsor, England, Saturday, Sept. 10, 2022.

Prince William is facing a substantial dip in popularity in the U.K. after his brother, Prince Harry, shared some not-so-flattering revelations about the heir to the throne in his new memoir, Spare.

The Prince of Wales’s popularity with the British public has plummeted since the book was published last week, according to polling by Ipsos and shared by The Telegraph.

According to The Telegraph, William’s ratings have dropped by eight percentage points, making his current rating some of the lowest figures for the prince on record.

In his memoir, Harry recalls a physical assault by William in 2020 as the two were arguing about Harry’s wife, Meghan Markle.

Harry alleges that William knocked him to the floor of his Kensington Palace home after calling Markle “difficult,” “abrasive” and “rude.”

The confrontation escalated until William “grabbed me by the collar, ripping my necklace, and … knocked me to the floor,” the book reads.

Elsewhere in the book, he details the sibling rivalry between the pair and his feelings of resentment toward his brother.

Despite the dip in ratings, however, Prince William and his wife, Kate Middleton, remain the most popular senior members of the Royal Family in the U.K., the Ipsos poll found, with ratings of 61 per cent and 60 per cent, respectively. Almost 70 per cent think William will be a good king.

The same can’t be said across the pond, however, where American audiences appear to be more sympathetic to the plight of Harry and Markle.

Additional polling released Thursday by Ipsos found that a quarter of Americans chose Harry as their favourite royal and that those who like the Duke and Duchess of Sussex are more in favour of abolishing the monarchy.

Spare has flown off the shelves in the days since it was published, smashing records around the globe. It sold 1.4 million English-language copies on the first day it was published and is now the U.K.’s best-selling memoir in first-week sales.

Congratulations to Prince Harry whose memoir 'Spare' has become the fastest-selling non-fiction book of all time https://t.co/UWIQIcB0cA

Harry has said he had enough material for two memoirs, but that he held back because he didn’t think his father and brother would “ever forgive” him.

In an interview with Telegraph last weekend, he also said that releasing his memoir wasn’t an attempt “to collapse the monarchy. This is about trying to save them from themselves.”

“And I know that I will get crucified by numerous people for saying that,” he said.

“It could have been two books, put it that way,” Harry said in the interview. “But there are some things that have happened, especially between me and my brother, and to some extent between me and my father, that I just don’t want the world to know. Because I don’t think they would ever forgive me.”

Harry also said in the interview that he worried about William’s children, saying he felt “a responsibility knowing that out of those three children, at least one will end up like me, the spare. And that hurts, that worries me.”

He said he felt this way despite William making it clear to him that “his kids are not my responsibility.”

Buckingham Palace and Kensington Palace haven’t commented on Harry’s book or his string of media interviews to publicize it, and it’s widely expected that they never will.