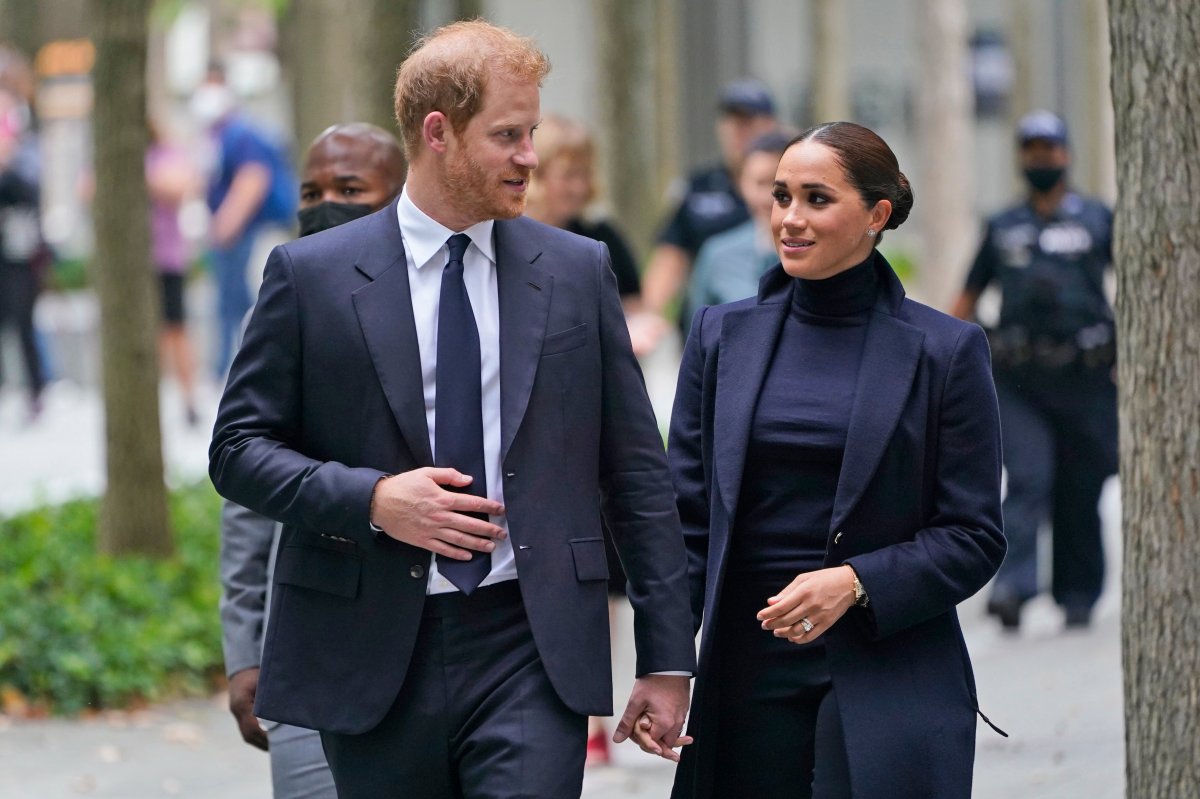 People magazine reports that the Duke and Duchess of Sussex’s docuseries will be released on the streaming platform sometime in December – a date sooner than anticipated.

Last month’s outrage over Netflix’s fictional series The Crown reportedly had execs at the streaming giant a bit “rattled,” to the point where they planned to postpone the docuseries until sometime in the new year.

However, it now looks like the documentary will be out before the end of the year.

The Crown, a fictionalized drama that follows the sometimes-true, sometimes-exaggerated history of the British Royal Family, raised eyebrows and ire amongst both the public and some of the show’s real-life subjects, after trailers for Season 5 allegedly painted a season full of invention and insensitivity.

Former British Prime Minister John Major is one of those who addressed the issue, saying The Crown’s portrayal of the then-Prince Charles trying to recruit him in a scheme to dethrone the queen was “malicious” and “a barrel-load of nonsense.”

The barrage of criticism forced Netflix to issue a rare defence of the show, reminding people that it’s a “fictional dramatization.”

A spokeswoman for The Crown told the BBC: “The Crown has always been presented as a drama based on historical events. Series five is a fictional dramatization, imagining what could have happened behind closed doors during a significant decade for the royal family—one that has already been scrutinised and well-documented by journalists, biographers and historians.”

The release of the docuseries will kick-start a busy season for the Duke and Duchess. Last month it was announced that Harry’s memoir, Spare, will be released on Jan. 10 – almost exactly three years to the day since he and Meghan announced they were stepping back from their duties as working members of the Royal Family.

When Harry’s autobiography was first announced in July 2021, the prince said it would be “firsthand account of my life that’s accurate and wholly truthful” — perhaps a dig at the British press, which has hounded him his entire life, and now his wife too, ever since their marriage. The Duke and Duchess of Sussex have been at odds with tabloids reporting on their personal lives, even going to court over allegations of breached privacy.

The book has been billed as a tell-all and has been the subject of immense speculation, much like the docuseries. It is expected to cover the prince’s childhood to the present day, including his time serving in Afghanistan with the British military and his current life as a husband and father.

Harry’s memoir has already been delayed once, and much has changed since it was first announced. During that time, Harry’s grandmother Queen Elizabeth II died and his father is now King of the Commonwealth.

The book’s delay led to rumours that Harry was hesitating to say too much about the Royal Family, or was perhaps revising the narrative around Queen Elizabeth II. He has spoken of being estranged from his brother, William, although the siblings and their wives appeared in public together during the mourning period following the queen’s death.

“With its raw, unflinching honesty, Spare is a landmark publication full of insight, revelation, self-examination, and hard-won wisdom about the eternal power of love over grief,” the publisher wrote in a press release.

Spare will be released in 16 languages worldwide accompanied by an audiobook narrated by Prince Harry himself.