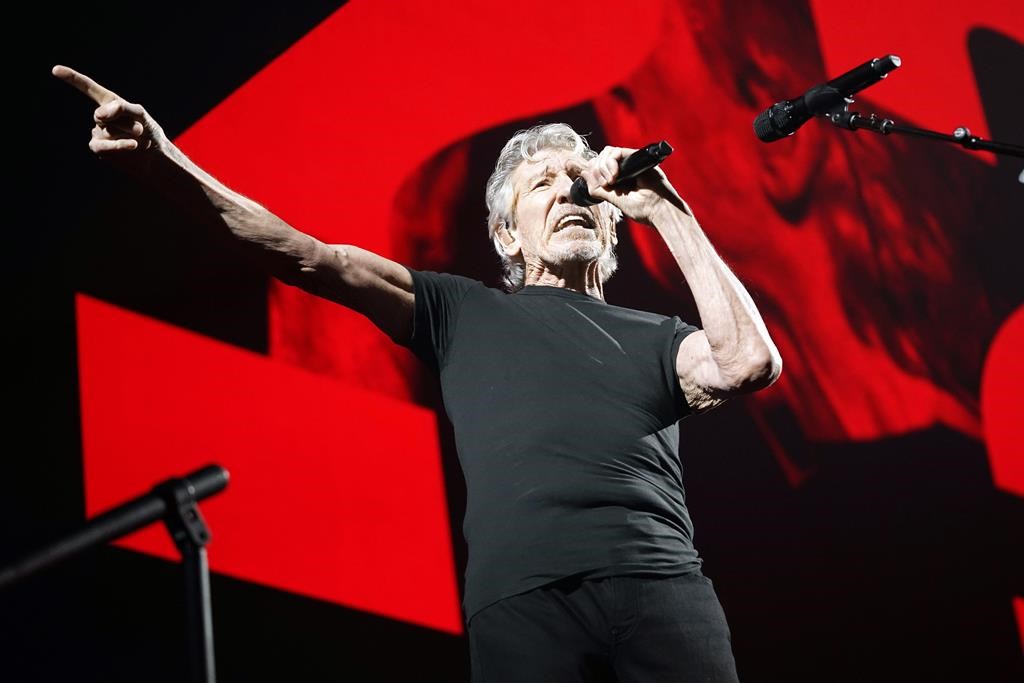 FILE – Roger Waters performs at the United Center on Tuesday, July 26, 2022, in Chicago.

Pink Floyd co-founder Roger Waters had his tour dates in Poland cancelled amid outrage over his stance on Russia’s war against Ukraine, according to Polish media and statements from the artist.

An official with the Tauron Arena in Krakow, where Waters was scheduled to perform two concerts in April 2023, said the concerts were cancelled by Waters through his manager, “without giving any reason,” read a statement shared widely by Polish media — but Waters claims his team didn’t cancel any shows.

The controversy began when Waters wrote an open letter to Ukrainian first lady Olena Zelenska early this month in which he called for peace between Ukraine and Russia, and blamed “extreme nationalists” in Ukraine for having “set your country on the path to this disastrous war.”

He also criticized the West for supplying Ukraine with weapons, blaming Washington in particular.

Waters’ letter made no mention of Russia’s responsibility in the war, leading Zelenska to reply on Twitter: “Roger Waters, you’d better ask (Russia’s) President for peace. Not Ukraine.”

It is Russia which invaded 🇺🇦, destroys cities and kills civilians. Ukrainians defend their land and their children’s future.

If we give up — we will not exist tomorrow. If 🇷🇺 gives up — war will be over.@rogerwaters, you’d better ask RF’s President for peace. Not Ukraine.

Waters’ remarks about the war angered city councillors in Krakow, Poland, where support for the Ukrainian cause is strong. They are expected to vote next week on a proposal to name Waters as a persona non grata, expressing “indignation” over the musician’s stance on the war in Ukraine.

“Taking into account Russia’s criminal attack on Ukraine as well as the increasing number of war crimes committed by Russian soldiers that are coming to light, (the councillors) express outrage at the theses and statements made by Mr Roger Waters in connection with Russia’s invasion of Ukraine,” the resolution states, as reported by the BBC.

4:53
Russia hints at nuclear action as the war in Ukraine intensifies

In a Facebook post titled “Hey! Lukasz Wantuch! ‘Leave Them Kids Alone!,’” Waters said media reports that he had cancelled concerts in Poland were untrue and criticized a Krakow city councillor over the vote to declare him a persona non grata in the city.

“Lukasz Wantuch has threatened to hold a meeting asking the council to declare me ‘persona non grata’ because of my public efforts to encourage all involved in the disastrous war in Ukraine, especially the governments of the USA and Russia, to work towards a negotiated peace,” Waters wrote in a post on Facebook.

“Lukasz Wantuch seems to know nothing of my history of working, all my life, at some personal cost, in the service of human rights,” Waters added. “If Mr Lukasz Wantuch achieves his aim, and my forthcoming concerts in Krakow are cancelled, it will be a sad loss for me, because I have been looking forward to sharing my message of love with the people of Poland.”

Waters has since published an open letter to Russian President Vladimir Putin in which he advocated for a “ceasefire and a diplomatic settlement that addresses the security needs of both Ukraine and the Russian Federation.” He criticized Russia’s invasion of Ukraine, calling it a “heinous war of aggression, provoked or not.”

Waters said that to negotiate a peace, Russia would need to agree to an “absolutely binding agreement not to invade anyone ever again.”

“I know, I know, the USA and NATO invade other sovereign countries at the drop of a hat, or for a few barrels of oil, but that doesn’t mean you should,” the artist wrote.