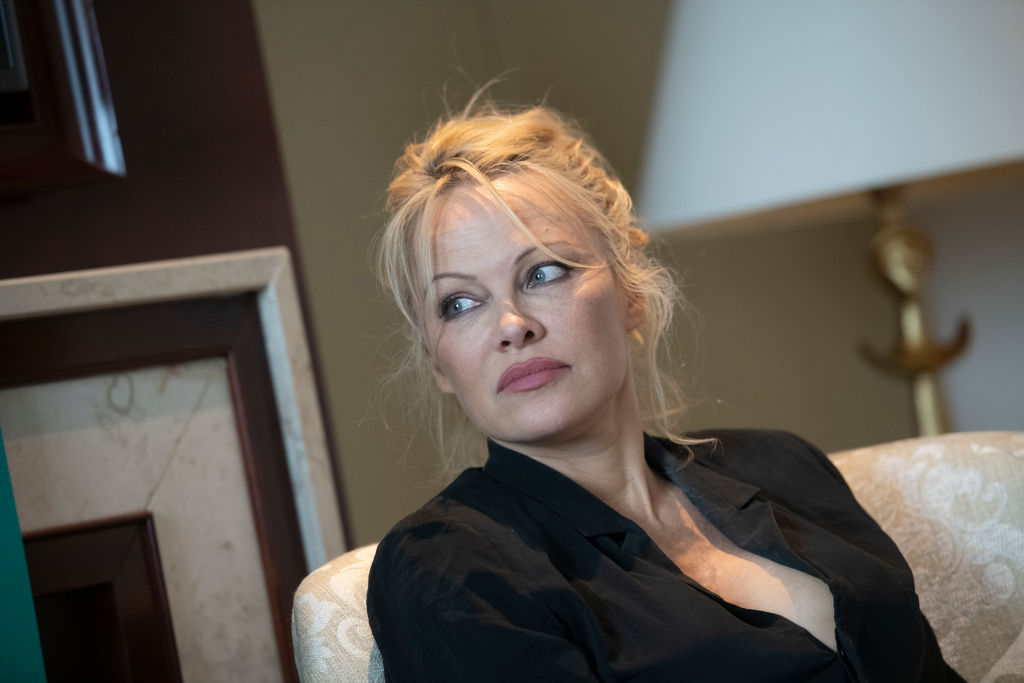 File – 08 May 2019, Berlin: Film and television star Pamela Anderson during an interview with the German Press Agency.

In an excerpt of Pamela’s Anderson‘s memoir, shared with Variety prior to its release next week, the Canadian actor alleges that Tim Allen exposed his naked body to her on the set of Home Improvement when she was just 23 years old.

At the time, Allen would have been 37. He has denied the allegations.

Anderson, 55, writes in Love, Pamela, “On the first day of filming, I walked out of my dressing room, and Tim was in the hallway in his robe. He opened his robe and flashed me quickly — completely naked underneath.”

“He said it was only fair, because he had seen me naked. Now we’re even. I laughed uncomfortably.”

The excerpt obtained by Variety doesn’t mention how Allen may have seen Anderson naked, but he could be referring to Anderson’s time modelling for Playboy magazine. (Her infamous sex tape with ex Tommy Lee that leaked to the public was still five years away.)

“No, it never happened. I would never do such a thing,” the actor and comedian wrote.

Home Improvement was an award-winning sitcom that starred Allen as Tim “The Tool Man” Taylor and Anderson as Lisa the Tool Girl. After two seasons, Anderson left to pursue her breakout role in Baywatch, which would catapult the small-town Vancouver Island resident to global fame.

Anderson’s memoir, Love, Pamela, is set to be published on Jan. 31, the same day that Netflix documentary Pamela, a Love Story will premiere.