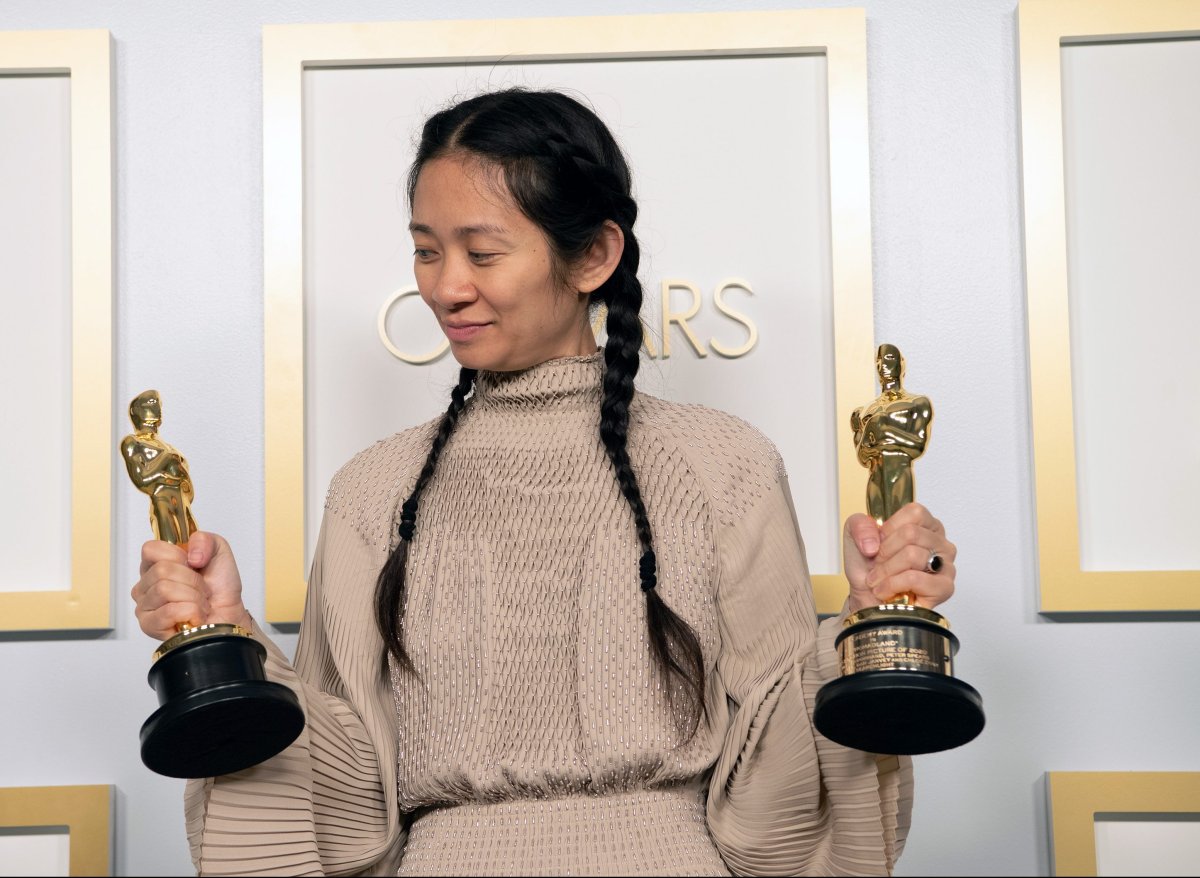 Chloé Zhao, winner of the Best Director for 'Nomadland,' poses in the press room during the 93rd Annual Academy Awards at Union Station on April 25, 2021 in Los Angeles, Calif.

The Oscars television audience on American network ABC plunged to 9.85 million viewers, less than half of the Academy Awards‘ previous low and continuing the startling trend of viewer tune out for awards shows.

The Nielsen company’s preliminary estimate released Monday shows that the audience to watch Nomadland win best picture was 58 per cent below last year’s tally of 23.6 million, the prior low-water mark.

Producers tried a hostless event Sunday night with a small audience of nominees and guests who weren’t wearing masks, but in a year where movie theatres were mostly closed due to the COVID-19 pandemic, people were either unfamiliar with or unexcited about movies they primarily streamed at home.

On top of it all, there were barely any clips from many of the nominated films and no live musical performances (aside from a bizarre bit with Glenn Close talking about and dancing to 1989 song Da Butt). The decision to change the order of the final three awards, instead of having best picture presented last, turned out to be an unmitigated disaster, especially when best actor winner Anthony Hopkins wasn’t even present to accept his Oscar.