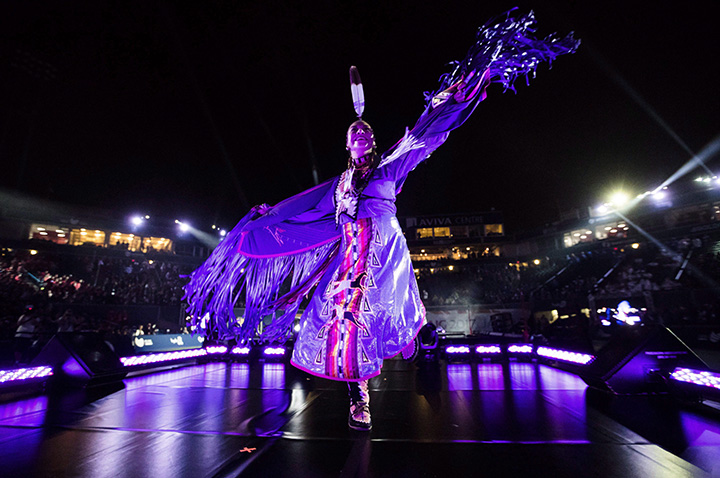 A dancer performs during the opening ceremony of the 2017 North American Indigenous Games, in Toronto on Sunday, July 16, 2017.

Council organizing the North American Indigenous Games, which was supposed to be held in Halifax in July, stated on Friday that the 2021 event will be further postponed.

Organizers said in a release that delivering the NAIG event next summer is not feasible due to COVID-19 health and safety concerns.

The 2020 event was initially supposed to be held July 12-18 in Halifax — or K’jipuktuk in the Mi’kmaw language — and Millbrook First Nation.

Global News reported in 2018 that the province committed $3.5 million to support the games.

According to the release, the Halifax event will be the largest multi-sport and cultural event to be held in Atlantic Canada.

It says NAIG hosts over 5,000 participants from 756 Indigenous nations that compete in 16 sports.

President of the NAIG Council Dale Plett said in the release he and his colleagues are disappointed, but the decision had to be made.

“The safety for all our athletes, participants, volunteers and their families and communities will always be at the forefront of our mind,” Plett said in the release.

The release says council is working with Halifax organizations to determine the best date to host the games in the future.

“We are truly excited to ALL come together on beautiful Mi’kmaq lands and shores to experience the hospitality the East Coast has to offer, but deeply desire to do so with the whole family at the table,” said Christine Abrams, council vice-president, in the release.