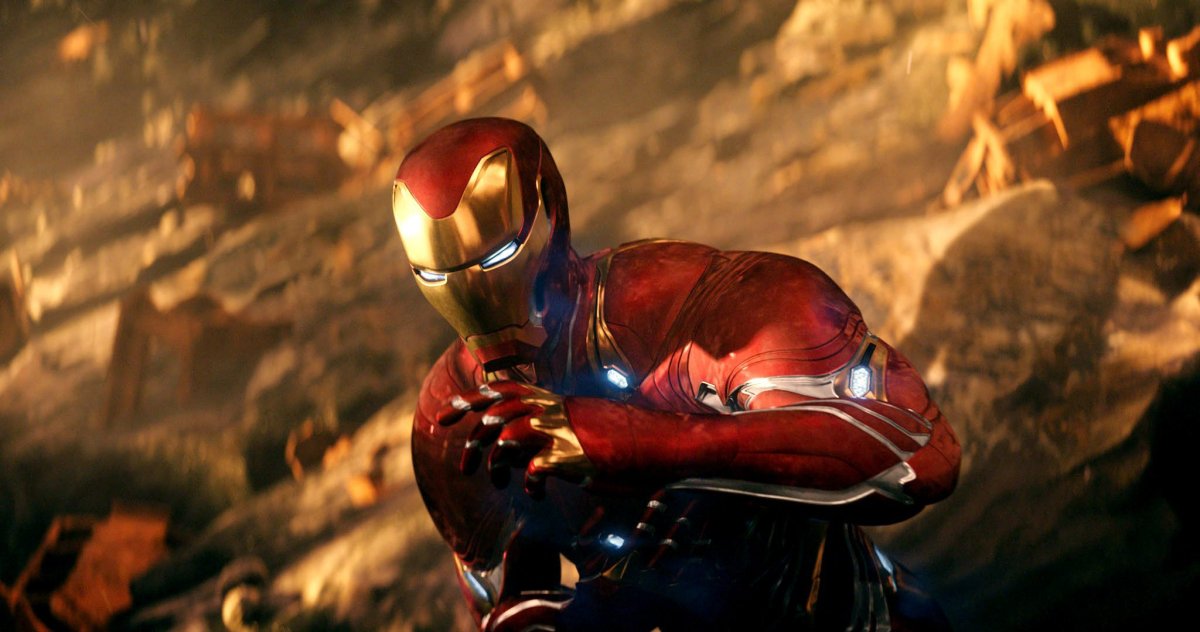 The Lai brothers, founders of Horizon Comics Productions, claim the armour worn by Iron Man in the movie is too similar to the outfit sported by Maxwell, a character they developed for their Radix comic series in the early 2000s.

“After years of legal dispute and substantial sums of money, they continue to copy our characters,” Raymond Lai said in a statement to The Canadian Press. “It causes us significant damage and has an impact on our ability to make a living as artists. Clearly, this repeated behaviour cannot be accepted.”

The brothers had sued Marvel Entertainment and its owner, The Walt Disney Company, in 2013. They claimed the outfit worn by Iron Man in a poster for Marvel’s “Iron Man 3” looked too much like a suit for another Radix character, Caliban. The brothers, however, lost that legal case.

Ben and Raymond Lai say Marvel has copied their designs again. And their lawyers say they have a case because the brothers’ claims involve new Marvel costumes in different Marvel movies.

On April 22, lawyers for the Montreal comic book company filed a motion in Quebec Superior Court against Marvel Entertainment and Disney for alleged copyright infringement. They say Marvel’s Ant-Man, the Wasp and Iron Man characters have body armour strikingly similar to the clothing they created for their superheroes.

The plaintiffs are suing for compensatory damages yet to be disclosed, and they are asking the court to issue a permanent injunction against Marvel and Disney to “put an end to this deliberate and persistent infringement,” according to the lawsuit.

Several interview requests to Marvel and Disney were not returned. All the allegations by the Lai brothers have not been proven in court.

0:37
Is ‘Avengers: Infinity War’ the most expensive movie ever made?

Julie Desrosiers with Fasken Martineau DuMoulin, one of the brothers’ lawyers, says the alleged similarities between her client’s work and Marvel characters are causing a lot of headaches. She said when Ben and Raymond Lai present their work to the public, people often think they copied Marvel.

“It’s the other way around,” she said in a recent interview.

The brothers created their comic book company in 1995. In 2001 and 2002, they published a three-volume comic book series called Radix.

“It was with Radix that we became known and that our work was recognized in the American comic book industry,” Raymond said in the statement. “We made a name for ourselves.”

Around March 2002, Marvel’s editor-in-chief, Chester Bror Cebulski, approached the Lai brothers for their unique, highly futuristic designs — but they turned down the offer, according to the lawsuit.

The lawsuit said that around the same time, the Massachusetts Institute of Technology copied illustrations from the Radix series for a $50-million research grant to create what is now the Institute for Soldier Nanotechnologies.

MIT issued a public apology to the Lai brothers, however, acknowledging the unauthorized use of images, the lawsuit said.

“We decided not to take legal action against MIT because they publicly apologized and admitted their mistake,” Raymond wrote. “But with Marvel, it’s repeated infringement.”

The brothers’ company gained notoriety with the MIT controversy and were once again approached by Marvel. In September 2002, the brothers agreed to be part of a new creative team and worked for Marvel’s Thor and X-Men comics, the lawsuit said.

In the brothers’ failed 2013 case against Marvel, Justice Paul Oetken of the United States District Court for the Southern District of New York concluded there was no infringement because of the “distinctive features between the characters.”

But according to the new lawsuit, the distinctive features previously identified to justify the dismissal of the brothers’ claims no longer exist in the new superhero outfits created by Marvel. The suit alleges “several striking similarities exist between the new Iron Man suit depicted in Infinity War and the suit worn by the Radix character Maxwell.”

“In sum, not only are the distinctive features raised by Justice Oetken in the American proceeding no longer present in the Infinity War suit, but several additional strikingly similar features to the Radix suit were added.”

The brothers say Marvel and Disney are “deliberately” creating costumes that look similar to their Radix character “knowing that Horizon’s means to defend its copyrights were scarce.”

“This behaviour is oppressive, malicious and highly reprehensible,” the lawsuit said. “It offends the public’s sense of decency.”

Alan Cross: The future of the music industry is TikTok, and here’s why