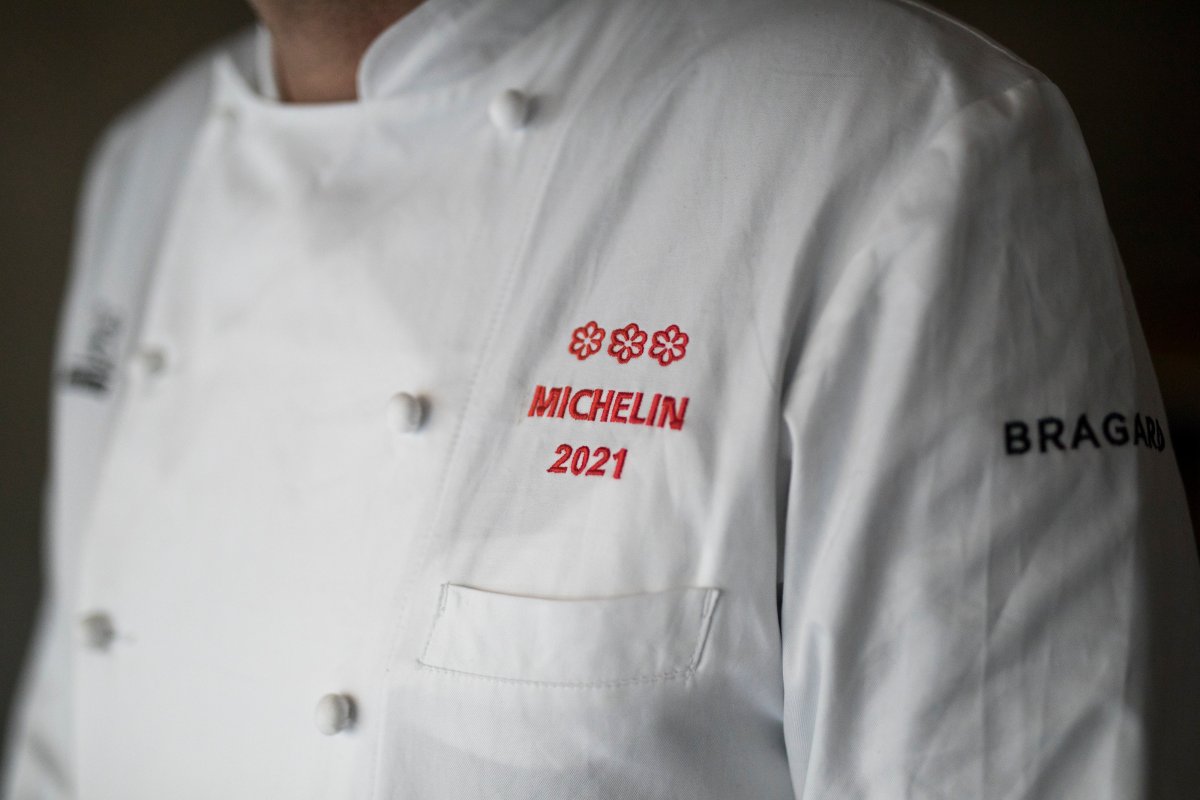 French chef Alexandre Mazzia poses for a portrait in his restaurant "AM" in Marseille, southern France, Tuesday Jan. 19, 2021 after being awarded a third Michelin star.

Vancouver is poised to join an elite club of cities around the world with restaurants rated by the prestigious Michelin Guide.

The winners, awarded a one, two or three star rating, will be unveiled at a ceremony at 7:30 p.m. at the Vancouver Convention Centre.

The Michelin Guide currently rates restaurants in about 60 cities, and is adding Canadian locations for the first time this year.

Last month, the guide unveiled its picks in Toronto, awarding one two-star rating to Sushi Masaki Saito and a dozen other one-star ratings. It also flagged 17 restaurants for its “Bib Gourmand” designation, which recognizes high-quality eateries offering two courses, a glass of wine and a dessert for under $60.

Michelin’s arrival in Canada is being driven by a partnership with local tourism boards, including Destination Vancouver on the west coast.

Despite this, the organization says it prides itself on the independence and confidentiality of its reviewers, who book reservations anonymously and pay for all of their meals to ensure they are treated like any other customer.

Michelin inspectors rate restaurants on five key metrics: Food quality, the harmony of flavours, the mastery of cooking techniques, the personality of the chef in the cuisine and consistency between multiple visits.

Speaking on CKNW’s Mornings with Simi, Ian Tostenson, president and CEO of the B.C. Restaurant and Foodservices Association said the ratings are a bright spot for Vancouver restaurants still grappling with the fallout of the COVID-19 pandemic and B.C.’s labour shortage.

“This is such a positive story, we need more of these kinds of stories, even beyond restaurants its a cool business story for Vancouver, so I think it’s going to lift spirits in general,” he said.

1st Canadian edition of Michelin Guide to be revealed in Toronto

“I’m sure there will be some restaurants we all know on the list, and I’m sure they are going to be very proud of their accomplishments.”

Being rated by the Michelin Guide can radically affect a restaurant’s fortunes.

Joël Robuchon, the late French chef who was awarded 32 stars over his career, more than any other chef, told Food and Wine magazine in 2017 that even a single star can bring big changes.

By that measure, being awarded a star can also be a double-edged sword, bringing with it its own set of strains.

French chef Marc Veyrat launched a failed lawsuit against the guide after being downgraded from three to two stars, while U.K. celebrity chef Gordon Ramsay reportedly said he cried when his New York restaurant The London lost its two stars, describing it as akin to “losing a girlfriend.”

“You have to walk a fine line.”

The Michelin Guide first launched in 1889, when the Michelin tire company began publishing a guidebook for travellers including maps and gas stations as a way to promote driving trips.

It began awarding stars to fine dining establishments in 1926, and the company says it now rates more than 40,000 establishments across three continents.