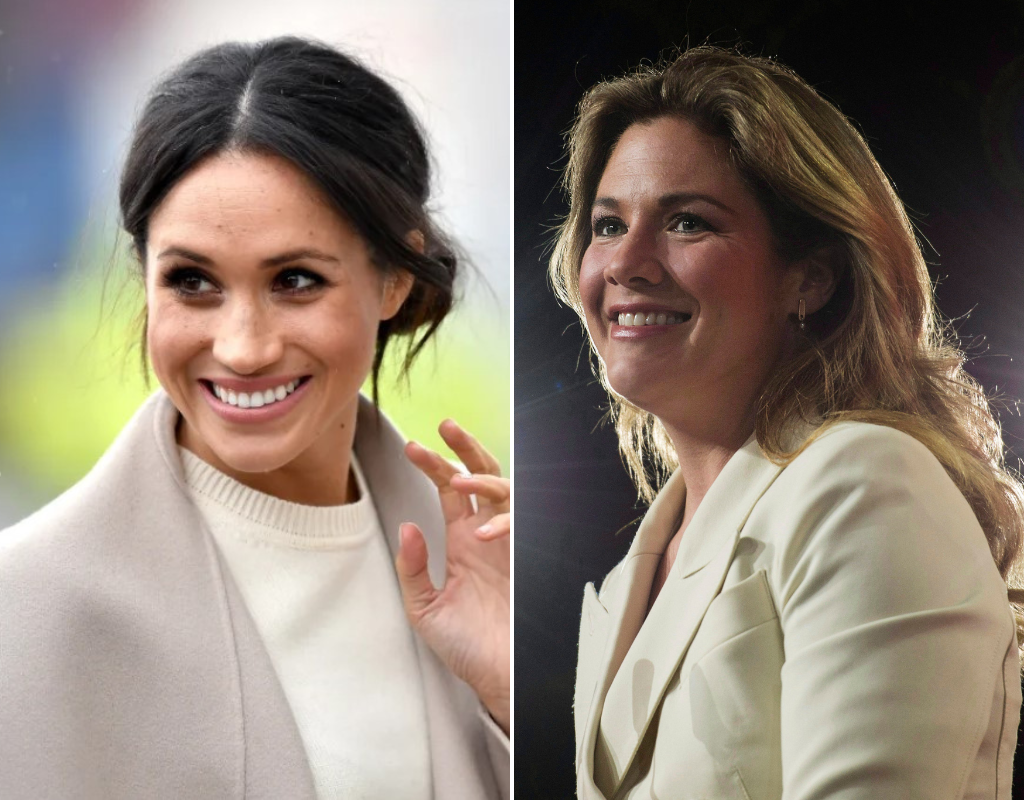 Sophie Grégoire Trudeau⁠ — wife of Prime Minister Justin Trudeau ⁠— sat down for the latest episode of Meghan Markle‘s Archetypes podcast, joining a long list of esteemed women have joined the Duchess of Sussex to talk about the pressures and judgements placed on women in today’s world.

Released Tuesday, the podcast featured discussions under the title of “Good Wife/Bad Wife, Good Mom/Bad Mom,” exploring themes of loneliness and the unattainable expectations many mothers and wives face.

The episode opened with Markle recalling a visit she had with Grégoire Trudeau and their children over the summer — they spent a day at Prince Harry and Markle’s Montecito pool, chatting and drinking wine, while the kids enjoyed the water.

Markle and her “dear friend” Grégoire Trudeau met around seven years ago when Markle was working and living in Toronto.

Markle described the reunion as a relaxed and low-key affair.

“This wasn’t our day of being the wives and moms, all perfectly quaffed with updos and pearls and demure smiles,” said Markle.

“This was the other version of us both with wild curly hair and swimsuits and loose linen and huge belly laughs. Big cuddles with our little ones, quiet whispers of girl talk on the terrace, giddy like absolute schoolgirls.

“We were just having so much fun.”

Prince Harry chats with Canadian Prime Minister Justin Trudeau as they watch a sledge-hockey match Mattany at the Athletic Centre on May 2, 2016 in Toronto, Canada.

Markle had nothing but warm things to say about the Prime Minister’s wife, describing how Grégoire Trudeau would send her “little meditations” during her first pregnancy and voice notes “of encouragement.”

The encouragement was extra meaningful at the time, said Markle, as it coincided with a wave of particularly negative press from a ruthless British media.

She also shared that she’s relied on Grégoire Trudeau’s advice over the years.

The Duchess said: “So she’s not just a wife or a first lady. She’s the type of person who cares really deeply about her friends.

“And also how crushing the guilt of expectations can become.”

The pair chatted about the scrutiny they’ve each felt over the years.

3:40
Was media scrutiny responsible for Harry and Meghan leaving?

Markle then asked Grégoire Trudeau to describe her childhood self in three words.

When asked what three words she’d use to describe herself now, Grégoire Trudeau responded with the same three words, adding: “I’ve been doing so much work to go back to that little Sophie inside of me. Through all the adversity, through all my own struggles, and I found her. So I’m going to continue to take care of her.”

Markle had high praise for her longtime friend, saying that Grégoire Trudeau​​​​​​​⁠ is “emblematic of strength that comes from embracing your humanity, even in the face of all these family and home and public pressures.”