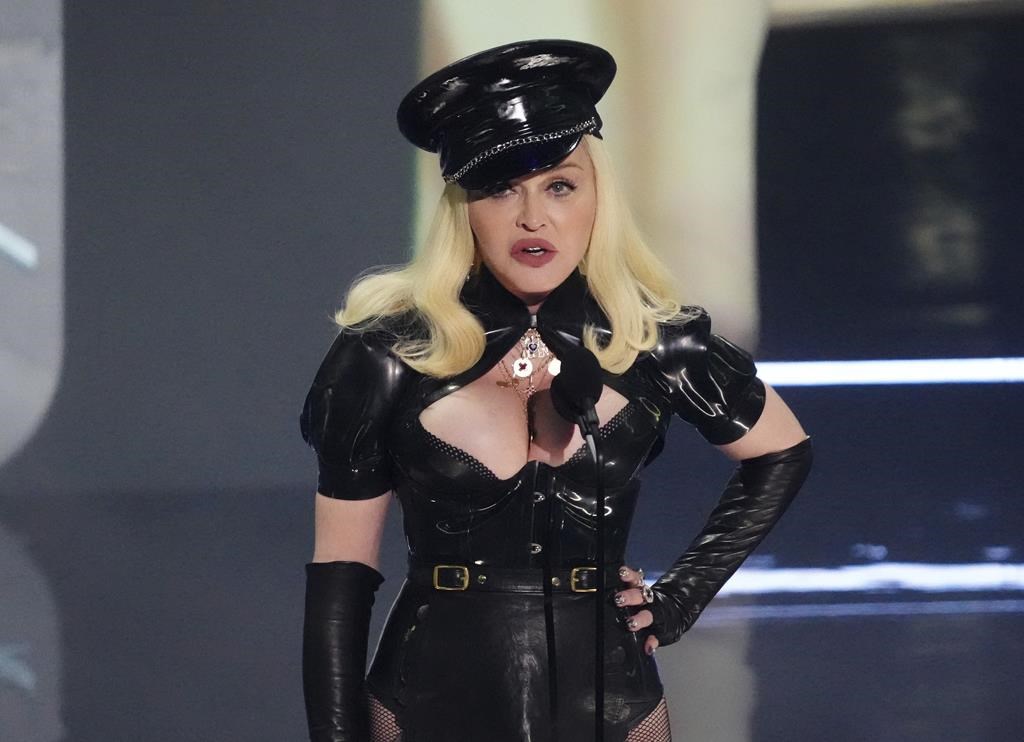 Madonna speaks at the MTV Video Music Awards at Barclays Center on Sept. 12, 2021, in New York.

NOTE: Videos in this post contain strong language and mature content. Please watch at your own discretion.

Madonna has announced a new, greatest-hits world tour and her first stop will be in Canada.

The pop icon announced Madonna: The Celebration Tour on Tuesday, revealing that the first show will be in Vancouver on July 15.

She announced the tour in a YouTube video which features Madge playing a risqué game of Truth or Dare over dinner with other Hollywood stars, including Amy Schumer, Judd Apatow, Lil Wayne, Eric Andre, Bob the Drag Queen and more.

The five-minute video ends with Schumer daring Madonna to “do a world tour and play your greatest muthaf—ing hits.”

“Four decades?” asks Madonna. “All those songs?” — which gets the whole room singing their favourite Madonna classics.

In her media announcement, Madonna added, “I am excited to explore as many songs as possible in hopes to give my fans the show they have been waiting for.”

Madonna has just announced ‘The Celebration Tour’: 4 decades of music and her greatest hits!!

The singer has announced three Canadian dates on the 35-city tour, which spans from mid-July to the beginning of December:

Fun fact: it turns out the Montreal date is the Material Girl’s birthday, so she’ll be celebrating her 65th in the city.

Other stops include dates across the United States and 12 stops in Europe.

For members of the public, tickets go on sale Friday, Jan. 20. Legacy members of Madonna’s Official Fan Club can scoop up their tickets as of Tuesday morning, Jan. 17.