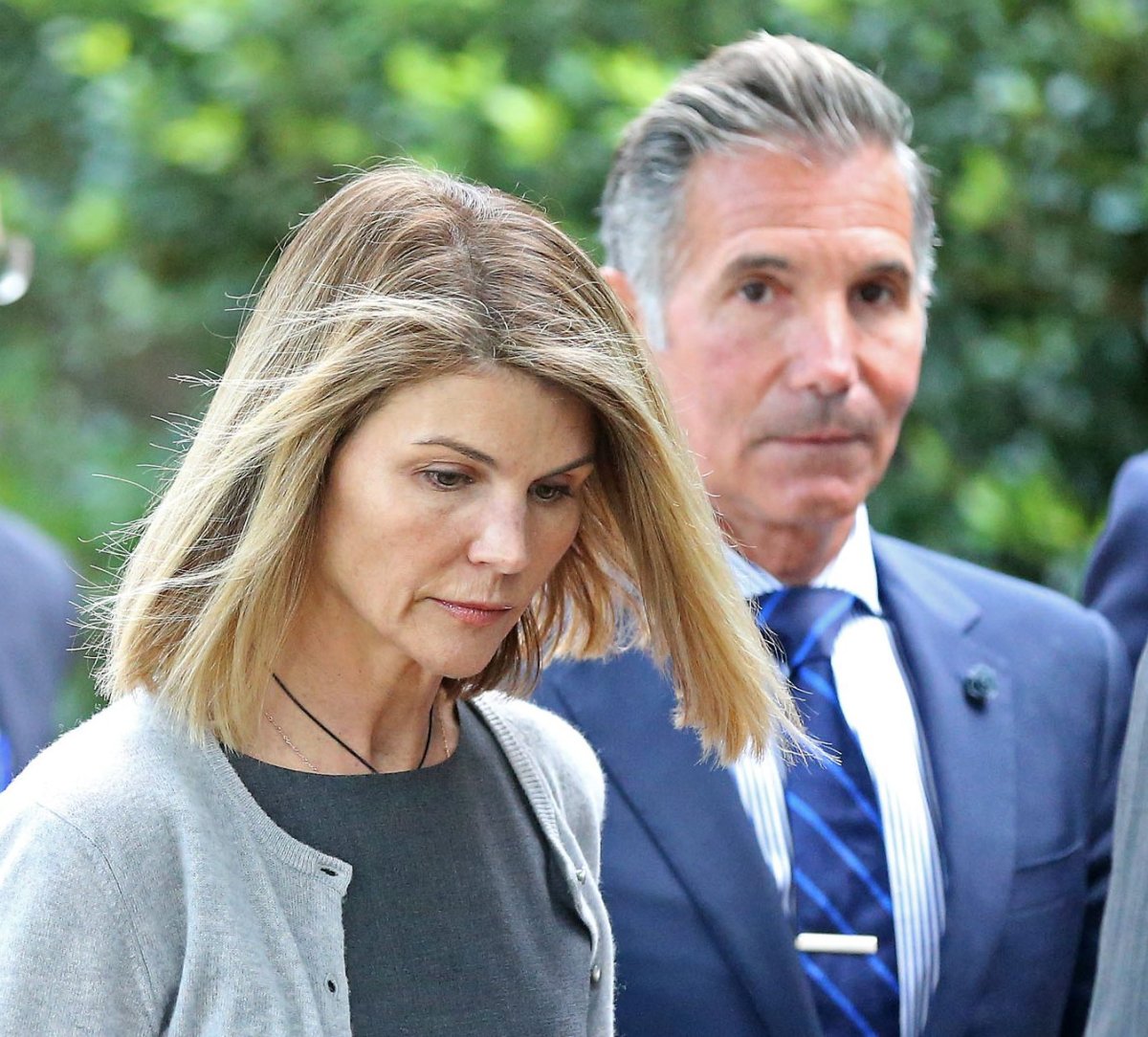 Lori Loughlin and her husband Mossimo Giannulli leave Moakley Federal Courthouse after a brief hearing on August 27, 2019 in Boston, MA.

Lawyers for Mossimo Giannulli, husband of Lori Loughlin, have filed a motion for the fashion designer to serve the remainder of his five-month prison sentence in home confinement.

Giannulli, 57, is currently in jail for his involvement in the college admissions bribery scandal; he pleaded guilty to conspiracy to commit fraud in mid-2020.

In addition to the five-month sentence, he was fined $250,000 and must undergo two years of supervised release and 250 hours of community service.

Read more:
Dustin Diamond of ‘Saved By the Bell’ diagnosed with Stage 4 cancer

Loughlin, 56, served two months in jail and was released in December.

According to court documents filed Thursday, lawyers said that Giannulli spent 56 days in quarantine — 40 per cent of his sentence — due to COVID-19 measures and concerns at the prison, and it has taken a “significant” toll on his “mental, physical, and emotional well-being.”

“Mr. Giannulli spent almost 40% of his total sentence confined in solitary quarantine, despite testing negative for COVID-19 at least ten times and despite his counsel’s multiple requests that [the Bureau of Prisons] release him from quarantine,” reads the filing for the motion.

After reporting to California low-security federal prison FCI-Lompoc on Nov. 19 and undergoing the mandatory COVID-19 quarantine, instead of being released to a minimum-security camp as was the original plan, he “was immediately placed in solitary confinement in a small cell at the adjacent medium-security penitentiary, 24 hours per day with only three short 20 minute breaks per week, where he remained for 56 days before finally being transferred to the camp yesterday (on Jan. 13),” the motion continued.

Giannulli’s lawyers claim that the Bureau of Prisons (BOP) tested him for COVID-19 every two weeks, and on each test the results were negative. Instead of being sent to the minimum-security camp upon testing negative, Giannulli was sent back to solitary confinement because other inmates in that time had tested positive for the virus.

The lawyers argue that Giannulli’s solitary confinement is “far more extreme” than was expected, and cited the BOP’s pandemic guide to reducing the number of people in prison.

The guide recommends that, if possible, inmates can carry out the rest of their sentences at home, especially if they have specific COVID-19 risk factors.

If approved, Giannulli would definitely not be the first to serve out his sentence from home. According to the BOP website, there are currently 7,880 inmates on home confinement. The total number of inmates placed in home confinement from March 26, 2020 to the present (including inmates who have completed service of their sentence) is 20,288.

Giannulli and Loughlin accepted plea deals in May after admitting to paying $500,000 to help their daughters gain admission to college.

“I made an awful decision. I went along with a plan to give my daughters an unfair advantage in the college admissions process and in doing so I ignored my intuition and allowed myself to be swayed from my moral compass,” Loughlin said during the hearing held via videoconference.

In an earlier hearing, Giannulli told the judge that he “deeply” regrets the harm to his daughters, wife and others.

They are among nearly 30 prominent parents to plead guilty in what federal prosecutors dubbed “Operation Varsity Blues,” in which authorities uncovered hefty bribes to get undeserving kids into college with rigged test scores or fake athletic credentials. Desperate Housewives actor Felicity Huffman served nearly two weeks behind bars last year after admitting to paying $15,000 to have someone correct her daughter’s entrance exam answers.

A judge has yet to rule on the motion.