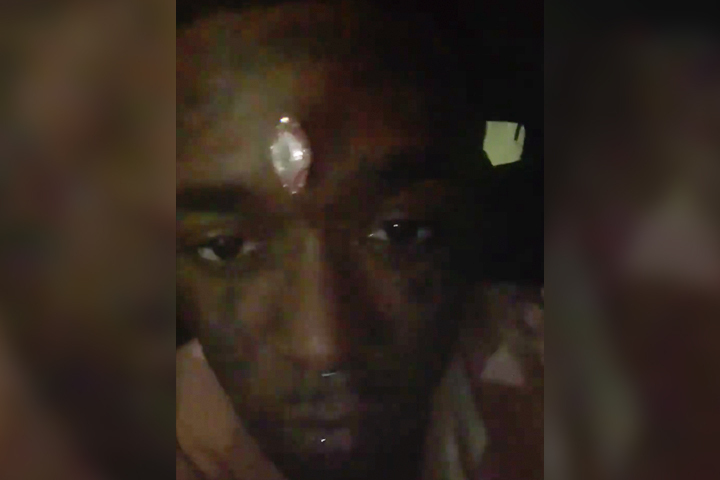 A thing isn’t beautiful because it lasts.

Rapper Lil Uzi Vert appeared to learn that lesson at a concert this summer, after someone ripped his signature US$24-million diamond piercing out of his forehead.

The rapper, whose real name is Symere Bysil Woods, told TMZ that he briefly lost the diamond while crowd-surfing at a concert in Miami in July.

“I had a show at Rolling Loud (festival), and I jumped into the crowd and they kind of ripped it out,” he said.

He added that he recovered the pricey pink diamond — without revealing how he retrieved it — but has not put it back in his forehead.

The two-time Grammy nominee installed the diamond piercing early this year, capturing viral fame as fans rushed to compare him to The Vision, the android member in Marvel’s Avengers. Vision gets his powers from a magic gem implanted in his forehead.

Lil Uzi said at the time that he’d been paying for the diamond since 2017. His friend CEO Slow said it cost $24 million.

The Vision comparisons were flying around social media once again this week, as fans compared Lil Uzi’s mishap to the moment when Thanos tears the gem from Vision’s head in Avengers: Infinity War.

Someone ripped that gem outta Lil Uzi’s head like Thanos did Vision.

Fortunately, Lil Uzi didn’t need a Disney+ spinoff to restore him to life after losing the gem. Instead, he appears to have put the diamond aside, replacing it with a simple barbell piercing.