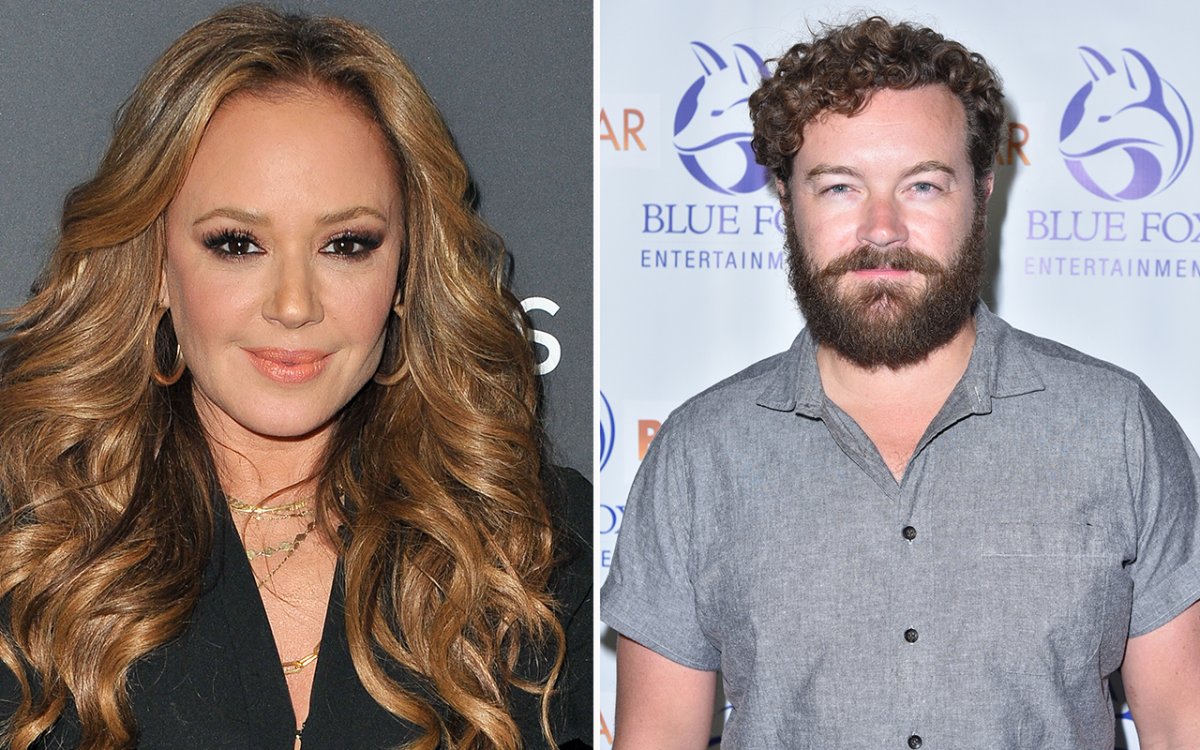 Leah Remini is once again taking the Church of Scientology to task, posting a lengthy Twitter thread that accuses the organization of “covering up” member Danny Masterson’s alleged crimes.

The King of Queens actor, a former Scientologist, urged her followers to keep a close eye on the trial in which Masterson is facing charges for the alleged sexual assaults of three women in separate incidents between 2001 and 2003.

Remini created and co-hosted a hit show about the Scientology, Leah Remini: Scientology and the Aftermath, which ran for three seasons on A&E Network. The show told the unheard stories of people who managed to leave the religious organization — many who said they suffered dire and ongoing consequences in the church and beyond.

Remini’s latest thread revisited many of the themes explored on the show.

“Did you know that if you are a Scientologist, you are forbidden from contacting law enforcement when another Scientologist has committed a crime against you?” Remini’s first tweet read. “If you do, you will be declared a suppressive person and lose your family, friends, and livelihood overnight.”

1. Did you know that if you are a Scientologist, you are forbidden from contacting law enforcement when another Scientologist has committed a crime against you?

If you do, you will be declared a suppressive person and lose your family, friends, and livelihood overnight.

She went on to claim that Scientologists are “controlled” and that the organization’s policies, which were written by founder L. Ron Hubbard, “can never be altered and must be interpreted literally, allowing this criminal (organization) to control members and insulate itself from bad PR.”

3. First, let me explain how Scientologists are controlled.

Scientology's policies, written by founder L. Ron Hubbard, can never be altered and must be interpreted literally, allowing this criminal org to control members and insulate itself from bad PR.

She then dove into a multi-part explainer of what happens when someone in the organization accuses another member of a crime, noting that “most” of the women who have accused Masterson were at one point Scientologists and first reported their alleged rapes to top ethics officials in the church.

She said that these ethics officials immediately turn around and report what they’ve been told to Scientology’s leader, David Miscavige.

6. Everything shared with these officials is always reported to Scientology's leader David Miscavige.

These women did this in the immediate aftermath of when they were raped.

She said once the reports get to Miscavige, these accusers are essentially abandoned by the organization.

“Most people would be too frightened to move forward if the cost of reporting the rape meant their entire life, from their family to their livelihood, would disappear overnight,” she continued, calling Scientology a “totalitarian cult.”

Remini said she’s hoping people pay attention to Masterson’s trial, as she believes his lawyer Philip Cohen “is doing everything he can to strip the involvement of Scientology from this trial.”

“Scientology has obstructed justice in covering up Danny’s crimes,” she wrote, calling those who came forward to accuse Masterson “courageous” due to the repercussions they may face.

Remini claimed that Scientologists who go to law enforcement to report crimes about another Scientologist are declared a “suppressive person” and that the organization then gives its members “permission to do whatever they have to do to destroy your life.”

15. You will be declared a suppressive person, which means that no Scientologist in good standing can ever have anything to do with you again.

You will be considered "fair game."

Scientologists will have permission to do whatever they have to do to destroy your life.

This includes the loss of family, friends, and job if you work within the organization, she said.

“You will lose everything and everyone.”

She said these consequences are dire enough to keep people from reporting crimes such as rape.

She also encouraged people to follow the trial and post about it on social media, especially “if you’re frustrated that Scientology has never been truly held accountable for its crimes.”

36. And while some media outlets have covered this trial, it's time for more reporters to give it the attention it deserves.

It's not just about a Hollywood celebrity.

It's about what a multi-billion dollar cult does to cover up horrifying sex crimes.

“It’s not just about a Hollywood celebrity,” she concluded. “It’s about what a multi-billion dollar cult does to cover up horrifying sex crimes.”

In May of this year, the three women accusing Masterson each took the stand in a preliminary hearing to share the details of their allegations.

The trial began mid-October. The first woman to take the witness stand broke down in tears while testifying that Masterson pushed her face into a pillow in 2003, smothering her to the point where she couldn’t breathe. She also said he choked her and she thought at the time “that he was going to kill me. That I was going to die.”

She said she was in and out of consciousness that night after she drank about half a glass of a fruity vodka drink that was given to her by Masterson. She also testified that Masterson pulled out a gun when he heard commotion outside the door.

Masterson, 46, who at the time was a star of the Fox TV sitcom That ’70s show, has pleaded not guilty to the counts of rape.

All three of Masterson’s accusers were members of the Church of Scientology at the time they claim the rapes happened, but have since left. Masterson remains a member. Judge Olmedo said before the trial that she would not allow Scientology to become a de facto defendant but would allow limited discussion of it.

Scientology did come up. The woman testified that some of her mutual friends filed so-called “knowledge reports” signalling their unhappiness with her after she told them about the initial incident with Masterson, and she was summoned by an ethics officer who forced her to make peace with him and take responsibility.

“You can never be a victim,” the woman said. “No matter what happens, you’re always responsible.”

Asked if she still feared retaliation from anyone for coming forward about Masterson, she replied “about half this courtroom.”

She testified that she signed a non-disclosure agreement with Masterson in 2004, and accepted $400,000 over the course of a year, because the church was going to tar her as a “suppressive person” otherwise. She said she had violated the agreement “about 50 times” since signing it.

Last week, another accuser took the stand, saying she was in a relationship with Masterson for approximately six years, beginning in 1997. She said that in 2001 she woke up to find Masterson having sex with her.

“I told him I didn’t want to have sex, and he wouldn’t stop,” she said, as reported by E! News. He pinned her arms, she continued, making her feel “trapped … I was screaming at him to get off of me.”

She also testified that he was “very sexually aggressive” and that he would often call her “fat.” She said she would have sex with him despite not wanting to, because otherwise he would become mad at her and refuse to talk to her until she apologized to him.

She said when she reported the alleged assault to a church ethics officer in 2003, she was told not to use the word “rape.”

“She explained to me that you can’t rape someone you are in a relationship with,” the witness said. She said the officer told her she “had done something to cause it … We’re all responsible for the condition we’re in.”

Further testimony is expected this week. If convicted, Masterson faces 45 years to life behind bars.