By Tom Hays and Larry Neumeister 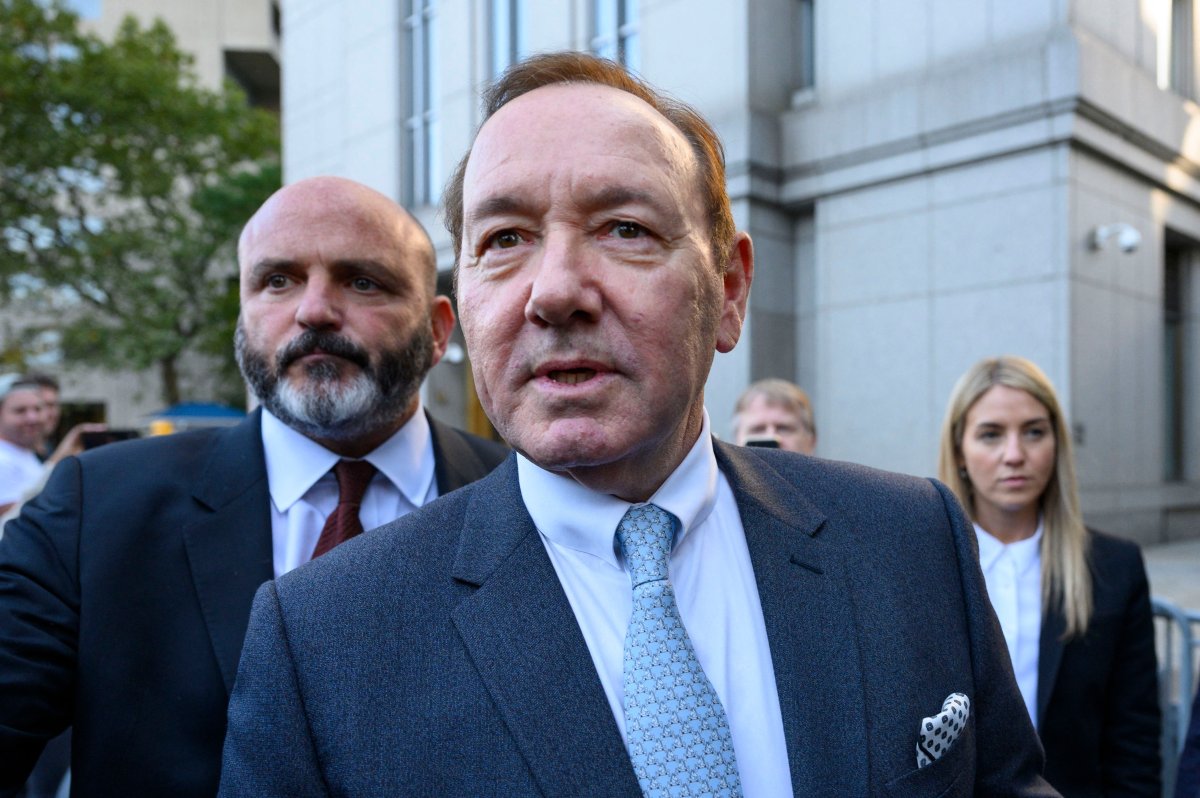 US actor Kevin Spacey leaves the United States District Court for the Southern District of New York on October 6, 2022, in New York City. – Five years after sexual misconduct allegations ended his Hollywood career, Kevin Spacey appeared in a New York court to face a civil lawsuit brought by actor Anthony Rapp, who accuses the disgraced Oscar winner of assaulting him as a teenager, in 1986.

An emotional Kevin Spacey testified in a New York courtroom Monday that he never made a sexual pass at actor Anthony Rapp, who has sued for millions of dollars in damages, claiming the Academy Award-winning actor tried to take him to bed when he was 14.

Repeatedly, Spacey denied Rapp’s claims that a then-26-year-old Spacey picked him up like a groom does a bride after a 1986 party at his Manhattan apartment and put him on his bed before lying on top of him.

BTS to enlist in South Korean military and regroup ‘around 2025’

Rapp testified earlier in a civil trial in which he accuses Spacey of assault and battery that he squirmed out from underneath an inebriated Spacey in the fully clothed encounter before fleeing, only to have Spacey follow him to the door and ask if he was sure he wanted to leave.

“They are not true,” Spacey said of the allegations, first made in 2017 in an interview with Buzzfeed. The accusations, along with more made by others, brought to an end Spacey’s popular role on the Netflix series House of Cards and abruptly derailed his career.

Spacey, 63, dabbed tears from his eyes with a tissue and sniffled as he described immediate intense pressure from publicists and lawyers to respond with compassion and empathy and an apology to Rapp’s claims.

“They told me I couldn’t push back on the story,” Spacey recalled. “I knew I wouldn’t have any sexual interest in Anthony Rapp or any child. That I knew.”

At the time, with the #MeToo movement gaining momentum, “The industry was very nervous. There was a lot of fear in the air about who was going to be next,” he said.

He added: “I was shocked. I was frightened and I was confused. … I knew I had never been alone with Anthony Rapp.”

After the article, the two-time Oscar winner said on Twitter that he didn’t recall the encounter with Rapp, adding: “But if I did behave then as he describes, I owe him the sincerest apology for what would have been deeply inappropriate drunken behavior, and I am sorry for the feelings he describes having carried with him all these years.”

His managers said it was the best way to contain “a crisis that was going to get worse” and to avoid being accused of “being a victim shamer,” he said.

“I’ve learned a lesson, which is never apologize for something you didn’t do,” he said.

Spacey said he had met Rapp and another aspiring actor, John Barrowman, backstage following Spacey’s Broadway performance in Long Day’s Journey into Night. He said he took them to dinner, to a nightclub and finally to his studio apartment, where he flirted with Barrowman — who was 19 at the time — but showed no interest in Rapp before the two visitors left.

“Anthony Rapp seemed like a kid and John Barrowman seemed like a man,” Spacey said in an account that was backed up by a deposition by Barrowman. At the time, Rapp was performing in Precious Sons on Broadway.

Rapp, a 50-year-old regular on Star Trek: Discovery and who was part of the original Broadway cast of Rent, has testified that he and Barrowman went home immediately after the nightclub outing and days later Spacey invited him to his apartment party, waiting until other guests left to make a move on him.

The Associated Press does not usually name people alleging sexual assault unless they come forward publicly, as Rapp has done.

Spacey, testifying on a day when Judge Lewis A. Kaplan tossed out Rapp’s claim of intentional infliction of emotional distress on the grounds that it duplicated aspects of the assault and battery allegation, also was asked if he has been private about his personal life over his career.

“I grew up in a very complicated family dynamic,” he said, explaining that rants by his father when he was a youngster led him to hate bigotry and intolerance.

“My father was a white supremacist and neo-Nazi,” Spacey said. “It meant that my siblings and I were forced to listen to hours and hours of my father lecturing us about his beliefs.”

As Spacey became interested in theatre, he said, he endured the screams of his father who “used to yell at me at the idea that I might be gay.”

Prior to Monday’s testimony, Spacey said he had “never talked about these things publicly, ever.”

He said he had been considering revealing that he was gay publicly for about 18 months before deciding to announce it after Rapp’s allegations came out.

Spacey cried as he described immediately regretting the timing of the revelation as he faced backlash in the gay community, including from friends, and others who thought he was using the announcement to change the subject, to deflect.

“It was really wrong and it was really bad and I’m deeply sorry,” he said as his voice cracked.