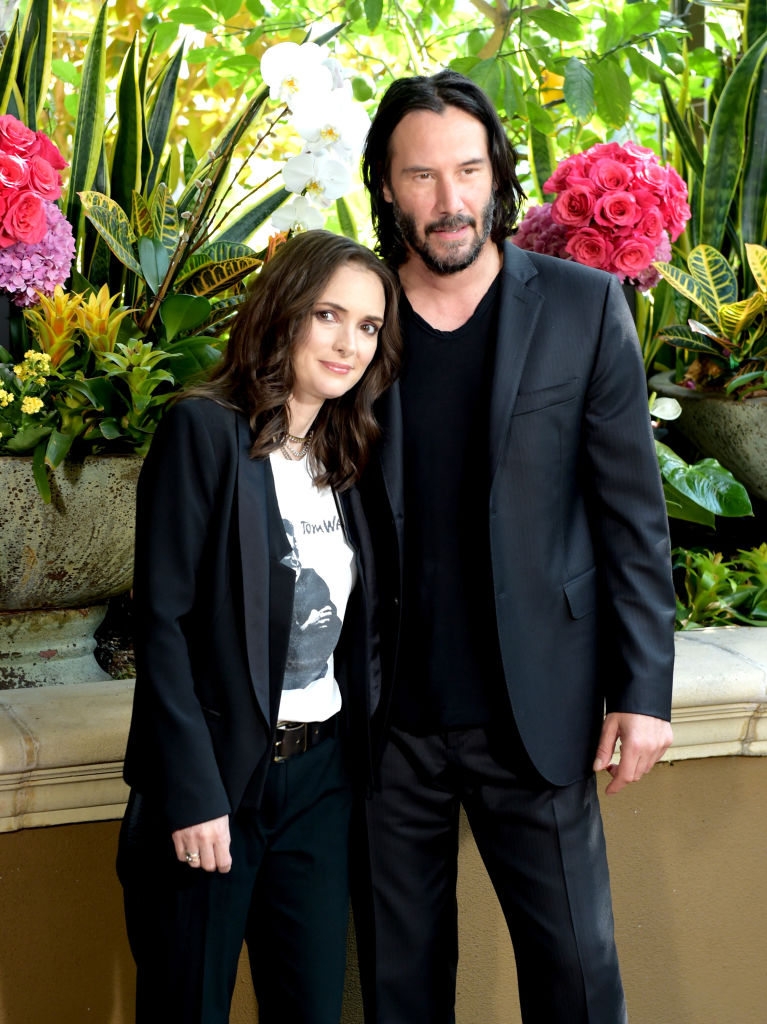 According to Reeves, it’s a possibility.

Answering questions in a video for Esquire magazine, Reeves explained that while making 1992’s Dracula with Ryder they actors “did a whole take of a marriage ceremony with real priests.”

But let’s back up for a second.

Reeves was addressing rumours that have been floating around since 2018, when Ryder told Entertainment Weekly she was pretty sure she married the Matrix star.

“We actually got married in Dracula,” Ryder said at the time. “No, I swear to God, I think we’re married in real life.

“In that scene, Francis [Ford Coppola] used a real Romanian priest,” the Stranger Things star added. “We shot the master and he did the whole thing. So I think we’re married.”

Later that year, Coppola confirmed the nuptials while speaking with The Guardian.

Keanu Reeves and Winona Ryder share a hug at the 2000 MTV Movie Awards.

“In a sense when we were all done, we realized that Keanu and Winona really are married as a result of this scene and this ceremony,” the film’s director said.

Reeves joked that he’s a willing participant in the marriage, if not for any other reason than to agree with Ryder and Coppola.

1:15
Fans praise Keanu Reeves for how he takes photos with women

The pair has done several movies together since they appeared in the vampire flick, and have even been able to have other relationships despite the “marriage.”

Reeves has been dating visual artist Alexandra Grant since 2019, while Ryder has been with her partner, Scott Mackinlay Hahn, for 10 years.