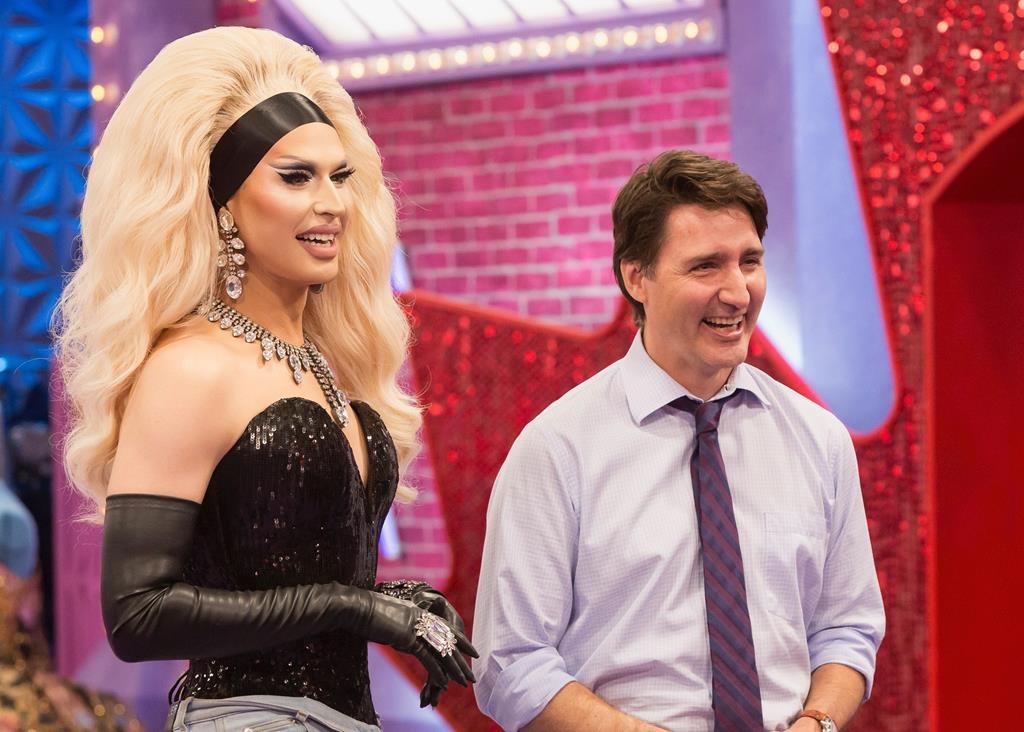 Justin Trudeau, shown with host Brooke Lynn Hytes, is swinging by the "werkroom" on the upcoming series "Canada's Drag Race: Canada vs. the World." .

Justin Trudeau is swinging by the “werkroom” on an upcoming spinoff of Canada’s Drag Race.

Producers of the drag queen competition series say the Prime Minister will make a special appearance on Canada’s Drag Race: Canada vs. the World.

He’s the first world leader to visit the RuPaul-founded competition series, which has more than a dozen global spinoffs in countries including Sweden, Australia, Mexico and the United Kingdom.

An image from the set showed Trudeau beside Toronto drag queen and host Brooke Lynn Hytes in a segment where the contestants receive inspiring words before the episode’s main challenge.

Canada’s Drag Race: Canada vs. the World expands beyond the Canadian borders of the regular series, inviting nine international drag queens to vie for the crown as Canada serves as host country.