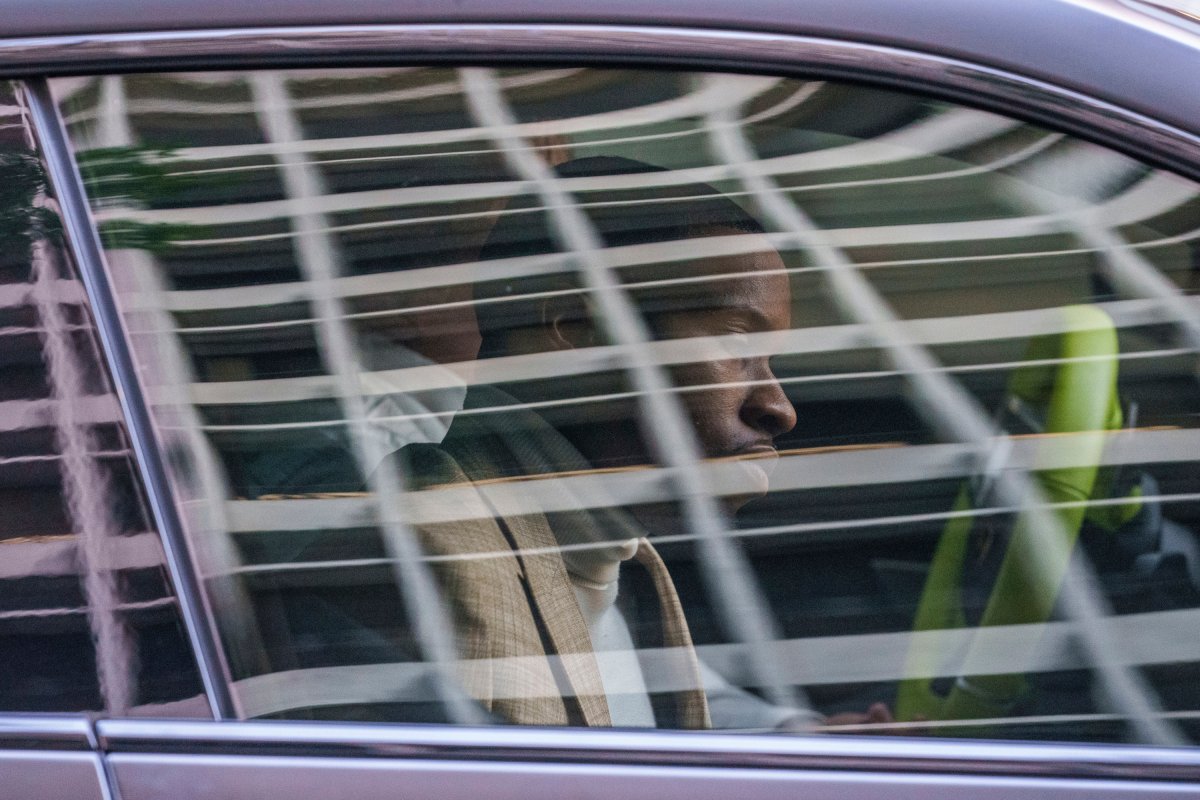 Daystar Peterson, the Canadian rapper known as Tory Lanez, is driven away from the Clara Shortridge Foltz Criminal Justice Center, in Los Angeles, Tuesday, Dec. 13, 2022. Lanez is free on bail after being charged with felony assault for allegedly shooting rapper Megan Thee Stallion at her feet.

Jurors began deliberations Thursday at the trial of rapper Tory Lanez, who is charged with shooting and wounding hip-hop star Megan Thee Stallion in the feet.

The jury of seven women and five men deliberated for just over three hours after hearing the last part of the defense’s closing argument that began a day earlier and a brief rebuttal from Los Angeles County prosecutors.

They did not reach a verdict and will return Friday to resume talks on the three felony counts brought against the 30-year-old Canadian rapper, who has pleaded not guilty: discharging a firearm with gross negligence, assault with a semiautomatic firearm and carrying a loaded, unregistered firearm in a vehicle. The counts could lead to up to 22 years in prison and deportation.

Megan Thee Stallion, 27, whose legal name is Megan Pete, testified that Lanez fired a handgun at the back of her feet and shouted for her to dance as she walked away from an SUV in which they had been riding in the Hollywood Hills in the summer of 2020. She needed surgery to remove bullet fragments from her feet.

In closing arguments, prosecutors emphasized the courage it took for her to come forward and the vitriol she has faced for it. They said she had no incentive to tell anything but the truth.

Lanez’s lawyer alleged in his closing that the shots were actually fired by Megan’s then-best-friend Kelsey Harris in a jealous fight over Lanez, who tried to stop the shooting. The attorney, George Mgdesyan, alleges Megan created a more sympathetic narrative by pinning the shooting on Lanez.

Harris denied being the shooter and previously identified Lanez as the one holding the gun. Her attorney, in an email, declined to comment on her involvement.

The jury on Thursday asked for a read-back of the testimony of the only eye witness to the incident who was not involved in it, a man on a nearby balcony with his children, who said his concerns for their safety kept him from watching closely.

Sean Kelly was called by the defense, but both sides argued his account favored them. He said he saw muzzle flashes that appeared to come from a woman, but also said he saw a small man “firing everywhere.”

Lanez — whose legal name is Daystar Peterson — began releasing mixtapes in 2009 and saw a steady rise in popularity, moving on to major-label albums. His last two reached the top 10 on Billboard’s charts.

Megan Thee Stallion was already a major rising star at the time of the shooting, and her prominence has surged since. She won a Grammy for best new artist in 2021, and had No. 1 singles on the Billboard Hot 100 with her own song “Savage,” featuring Beyonce, and as a guest on Cardi B’s “WAP.”