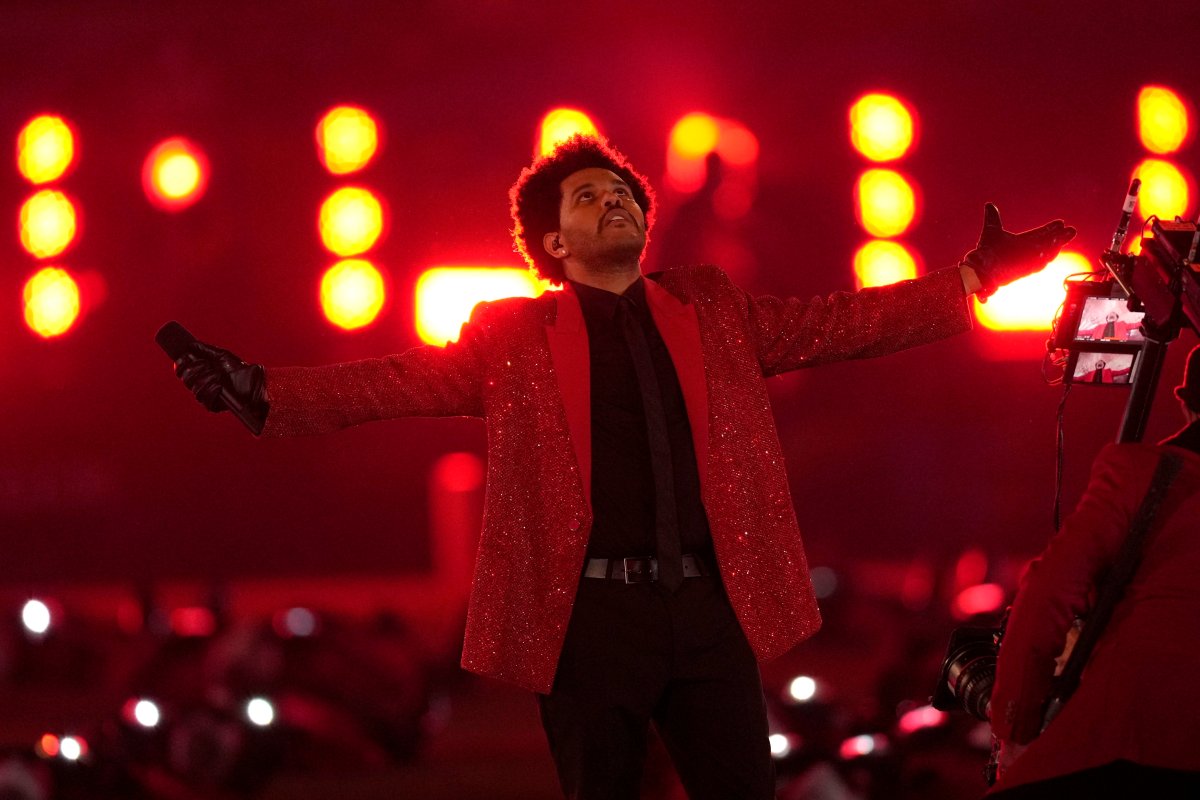 Even without a red carpet, the Juno Awards found ways to march generations of Canadian stars through their 50th anniversary celebration on Sunday night.

From Shania Twain and Celine Dion to Kaytranada and Justin Bieber, many of the country’s most successful acts paid tribute to Canada’s biggest night in music by sharing music and memories from a distance.

One of the glaring absences also happened to be this year’s biggest winner.

The Weeknd picked up artist of the year while his After Hours was named and album of the year. But the Blinding Lights superstar didn’t turn up to accept his awards.

The Toronto singer had already won three Junos at a pre-broadcast ceremony on Friday, bringing his 2021 tally to five.

A few other big winners were also absent from the Junos golden anniversary.

Shawn Mendes was selected by viewers as the fan choice winner, though he did not log in for the honour.

And even though Justin Bieber performed Somebody from Los Angeles in a kaleidoscopic presentation, he didn’t show to accept his pop album win for Changes.

Others did, however, including pop balladeer JP Saxe who was named breakthrough artist.

“I’ve never given a speech like this before,” said the stunned newcomer as he bumbled through a couple of sentences before getting his bearings and thanking his father, and his girlfriend and co-writer Julia Michaels.

The Toronto-raised Saxe became a radio favourite last year for the duet If the World Was Ending, which he performs Michaels.

Savannah Re won for traditional R&B/Soul recording for Solid.

Members of the Tragically Hip were presented with this year’s humanitarian award by Rush’s Geddy Lee and Alex Lifeson. They reflected on the Kingston, Ont., band’s decades of philanthropic work, which includes supporting Camp Trillium and the Special Olympics, as well as mental health support in the music industry.

“The spotlight that’s been so generously focused on our band for the last 30-plus years has provided us with a myriad of opportunities,” said Hip guitarist Rob Baker.

“We’ve always felt that it was our responsibility to reflect that light back and bring some illumination to where it might be needed.”

Anne Murray ushered Jann Arden into the Canadian Music Hall of Fame, a belated induction that was supposed to happen last year.

“Not only is she funny and a fine singer-songwriter, she’s also a fine human being,” Murray said.

“Any time I’ve called upon her she’s been there for me. She is warm, witty, kind, compassionate and wears her heart on her sleeve.”

Arden, who started by joking she was “too young” for the honour, paid tribute to her late mother Joan Richards who died in 2018 after a long battle with Alzheimer’s disease and performed the song Good Mother.

Underneath the sheen of the Junos celebration was an acknowledgment that Canada is in the midst of a reckoning with its treatment of Indigenous peoples.

Buffy Sainte-Marie opened the show on a sombre note by addressing the recent discovery of what’s believed to be the remains of 215 children buried at a former Kamloops, B.C., residential school.

She said while the news may be “shocking to some people and a revelation” it is not surprising to Indigenous people.

“The genocide basic to this country’s birth is ongoing and we need to face it together,” she added.

“And I ask for your compassion.”

The Kamloops discovery was acknowledged briefly by the Hip as well as Susan Aglukark spoke in Inuktitut to Indigenous families faced with another tragedy.

“We grieve with you and we want you to know that they will not be forgotten,” she said.

Kardinal Offishall led viewers through a journey of Canadian hip hop history to mark the 30th anniversary of the rap recording category.

Maestro Fresh Wes made an appearance with Let Your Backbone Slide before Michie Mee, Jully Black, Nav and Haviah Mighty and rounded out the generations of artists who’ve often gone underrecognized at the awards show.

The Junos originally hoped to mark their 50th anniversary with an event at Toronto’s Scotiabank Arena, but Ontario’s COVID-19 restrictions put an end to that goal. Instead, organizers announced they’ll return to Toronto for next year’s show.

Here are the winners announced on Sunday:

For a full list of winners, visit the official Junos site.