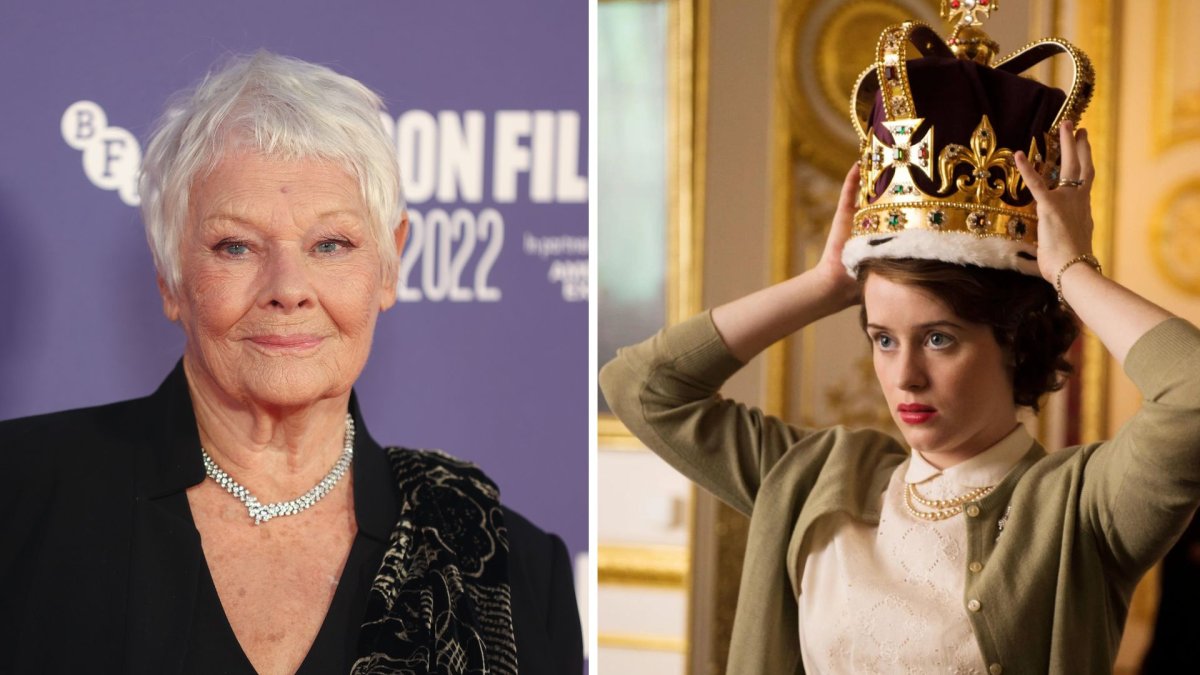 A split photo of Judi Dench (left) and Claire Foy as Queen Elizabeth II in 'The Crown' (Season 1, ep. 105, aired Nov. 4, 2016). Dench has called for Netflix to add a disclaimer to the beginning of every episode.

Judi Dench has criticized Netflix for not adding a disclaimer to the popular series The Crown, which she claimed is “cruelly unjust” in its portrayal of the British Royal Family.

In an open letter to The Times UK, the Oscar-winning actress wrote that the “fictionalised drama” presents “an inaccurate and hurtful account of history.”

The Crown follows the life and reign of Queen Elizabeth II, who died in September at the age of 96, having served 70 years on the throne. In the upcoming fifth season, the queen (now played by Imelda Staunton) approaches the 40th anniversary of her ascension to the throne amid troubling years for the Royal Family in the 1990s.

“Indeed, the closer the drama comes to our present times, the more freely it seems willing to blur the lines between historical accuracy and crude sensationalism,” wrote Dench, 87.

Major, represented as a character on Season 5 of The Crown, told The Mail on Sunday the series was “a barrel-load of malicious nonsense.”

“Sir John has not co-operated in any way with The Crown. Nor has he ever been approached by them to fact-check any script material in this or any other series,” read a statement from his office.

In the latest season of The Crown, Major (played by Jonny Lee Miller), is seen talking to Prince Charles (now King Charles) about the queen possibly abdicating.

“The Crown has always been presented as a drama based on historical events,” responded a Netflix spokesperson. “Series five is a fictional dramatisation, imagining what could have happened behind closed doors during a significant decade for the Royal Family – one that has already been scrutinised and well-documented by journalists, biographers and historians.”

In her open letter, Dench wrote that Major is “not alone in his concerns.”

“I fear that a significant number of viewers, particularly overseas, may take (The Crown‘s) version of history as being wholly true,” she wrote.

Dench insisted there should be a disclaimer at the beginning of every episode, despite the streaming giant’s earlier claims that they have no plan, and see no need, to add such a warning.

“No one is a greater believer in artistic freedom than I, but this cannot go unchallenged,” Dench wrote.

“The time has come for Netflix to reconsider – for the sake of a family and a nation so recently bereaved, as a mark of respect to a sovereign who served her people so dutifully for 70 years, and to preserve its reputation in the eyes of its British subscribers,” she concluded.

Why are people drawn to the Royal Family — and will it survive the queen’s death?

Dench previously played Queen Elizabeth I in Shakespeare in Love (for which she won an Oscar for Best Supporting Actress). She also portrayed Queen Victoria in Victoria & Abdul in 2017 and Mrs. Brown in 1997.

Season 5 of The Crown premieres on Netflix on Nov. 9. The series recently paused production “out of respect” following the queen’s death.