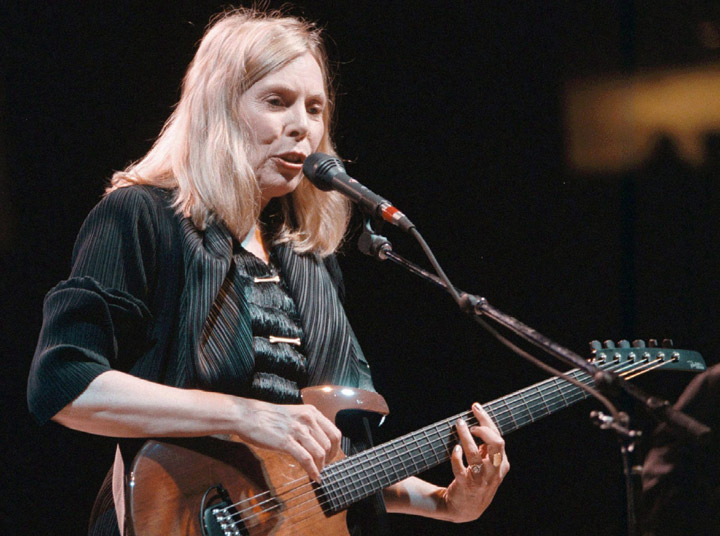 Folk singer Joni Mitchell plays to a sold out crowd at General Motors Place in Vancouver in 1998. Mitchell will be toasted by the music industry at the pre-Grammys charity event in Los Angeles on Jan. 29, 2022.

Joni Mitchell has been named MusiCares’ 2022 Person of the Year.

The beloved Canadian singer-songwriter will be toasted by the music industry at the Recording Academy’s pre-Grammys charity event in Los Angeles on Jan. 29, 2022.

The evening will be centred on her career with various artists paying tribute to Mitchell’s much-lauded songs, which have won eight Grammy Awards over the decades.

A dinner, reception and silent auction will be held with proceeds going to MusiCares, a U.S.-based charity that assists musicians who are facing a personal, financial or medical crisis.

MusiCares organizers say the event will follow all necessary COVID-19 precautions, safety guidelines and requirements set forth by health officials.

Performers will be announced at a later date for the event, which takes place two nights before the 64th annual Grammy Awards.

The 77-year-old Mitchell is the second Canadian to receive the MusicCares Person of the Year since its creation in 1991.

Neil Young was recognized in 2010, while other honourees include Dolly Parton, Fleetwood Mac and most recently Aerosmith.

“I look forward to being part of this gala that will help MusiCares continue their inspired work in providing a support system for those in need,” Mitchell said in a statement.