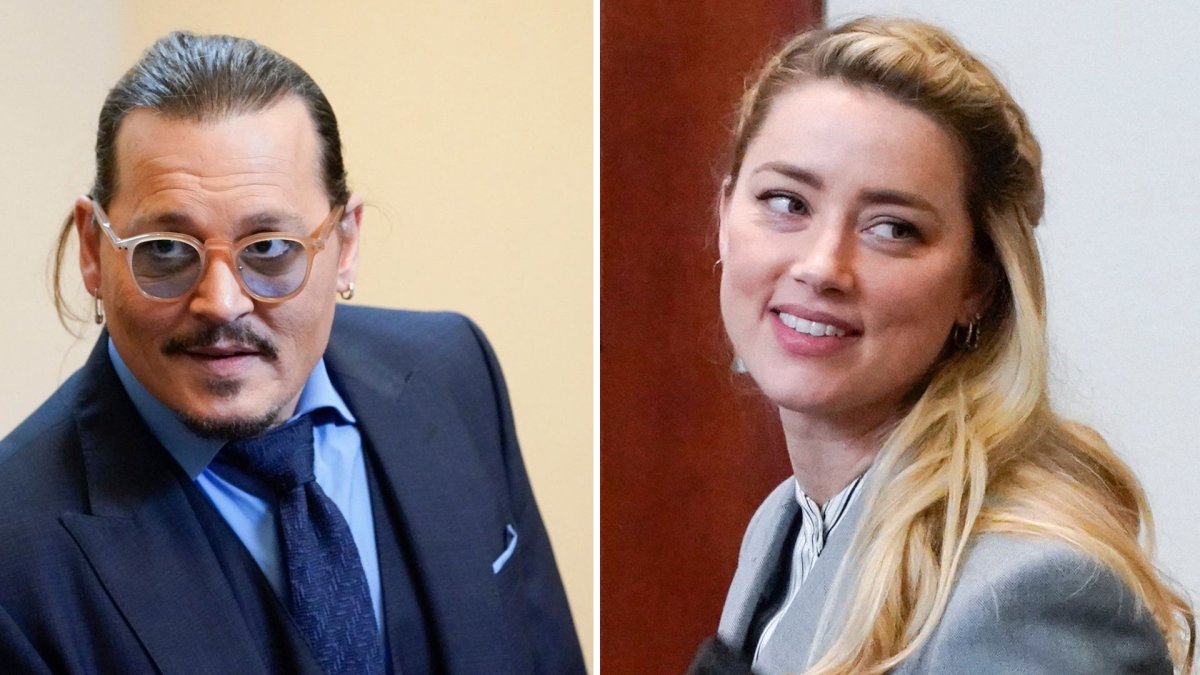 Actors Johnny Depp (left) and Amber Heard (right) in the courtroom at the Fairfax County Circuit Courthouse in Fairfax, Va., on May 27, 2022.

Johnny Depp and his legal team have officially filed an appeal of Amber Heard‘s US$2-million counterclaim win, alleging the verdict in favour of his ex-wife was “erroneous.”

In the 44-page appeal filed in Virginia on Wednesday, Depp and his lawyers claim Heard’s partial win from the defamation trial, which concluded in June, should be overturned.

The legal filing was shared online by Law & Crime Network.

Neither Depp nor Heard has commented publicly on the appeal.

Depp, 59, sued Heard, 36, for defamation over a 2018 op-ed she penned for the Washington Post, in which she referred to herself as a “public figure representing domestic abuse.” The seven-person jury ruled in favour of Depp and awarded the actor $10 million in damages.

Heard was awarded $2 million in a favourable ruling on one of her three countersuit claims. In the countersuit, Heard and her lawyers alleged Depp was “vicariously liable” for three statements made by the actor’s former lawyer, Adam Waldman, to British tabloid The Daily Mail.

The defamatory Waldman statement claimed Heard and her friends presented police with a “hoax” of abuse claims against Depp in 2016. The jury ruled that when Waldman made the libellous statement, he was acting as a representative for Depp.

In the appeal, Depp’s lawyers claim “Ms. Heard presented no evidence at trial that Mr. Depp was personally involved in directing or making any of the three Waldman Statements.”

The appeal continues: “Indeed, Mr. Depp testified that he had never even seen the Waldman Statements prior to the filing of the Counterclaim in August of 2020.”

Depp’s lawyers claimed Waldman acted independently of his client when he engaged in “tortious conduct.”

The appeal urged the court to reverse the counterclaim verdict but “otherwise affirm the judgment in Mr. Depp’s favor.”

A request from Heard’s legal team for a mistrial was denied in July.

In a statement following the decision, a spokesperson for Heard claimed “the court made errors that prevented a just and fair verdict consistent with the First Amendment.”

Heard vowed to file an appeal of her own.

“While we realize today’s filing will ignite the Twitter bonfires, there are steps we need to take to ensure both fairness and justice,” said Heard’s spokesperson.

This week, it was revealed that Depp would appear as a guest star in Rihanna’s Savage X Fenty fashion show, which will be streamed live on Prime Video on Wednesday. He is also set to play King Louis XV in the upcoming film Jeanne du Barry.

Heard will appear in Aquaman and the Lost Kingdom, which has had its release delayed until Dec. 25, 2023.