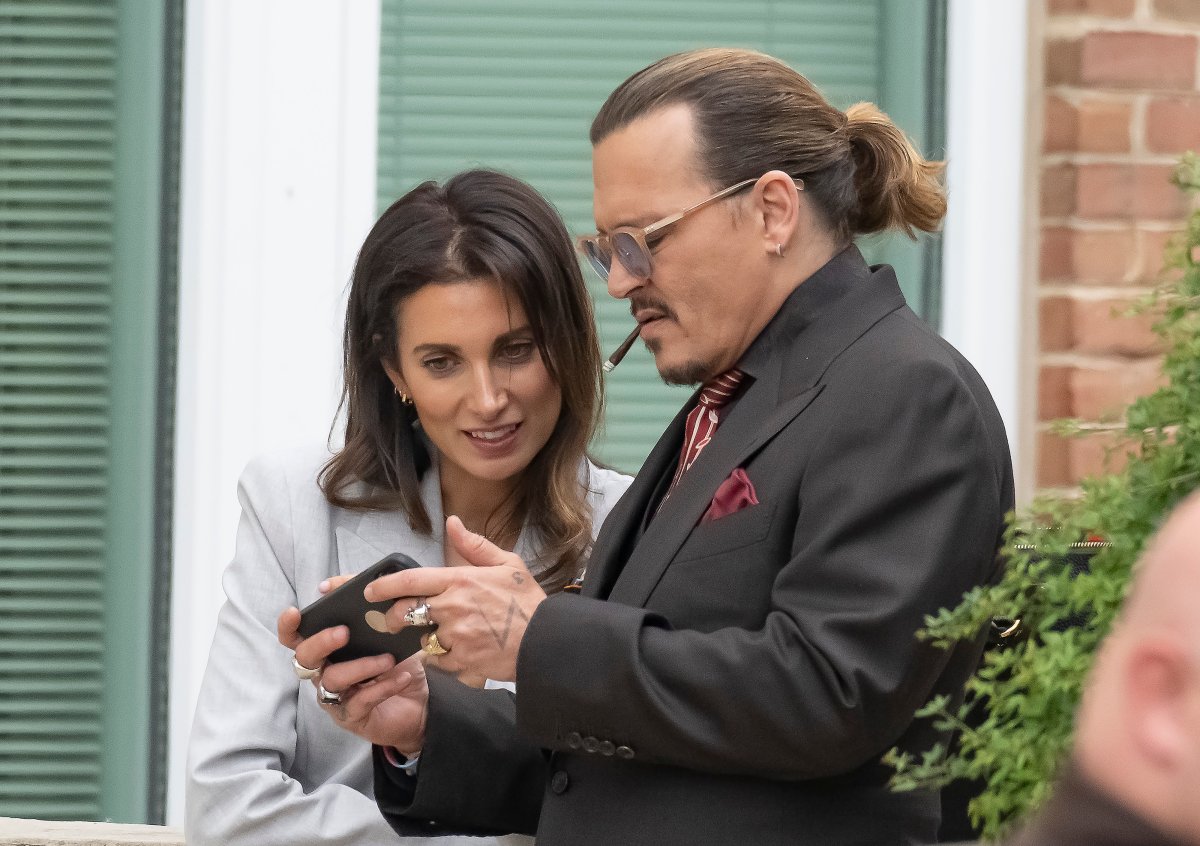 Johnny Depp look at his smartphone with his UK legal Counsel Joelle Rich during an afternoon recess outside court during the Johnny Depp and Amber Heard civil trial at Fairfax County Circuit Court on May 3, 2022 in Fairfax, Virginia. Reports have emerged that Depp and Rich are dating.

Johnny Depp is reportedly dating his lawyer — and no, it’s not Camille Vasquez from the Amber Heard defamation trial earlier this year.

A source confirmed to People magazine this week that Depp, 59, is dating one of his lawyers from his 2020 U.K. libel trial, Joelle Rich.

Rich, a London-based lawyer, was a member of the legal team representing Depp in his lawsuit against British tabloid The Sun. Depp sued the newspaper after an article was published calling him a “wife beater.”

The Pirates of the Caribbean actor lost the lawsuit after a U.K. judge decided The Sun’s claims were “substantially true.” Amber Heard, Depp’s ex-wife, testified in court to back The Sun’s claims.

Depp appealed the U.K. libel verdict in March 2021, but the motion was denied.

Rich did not represent Depp in his Fairfax County, Va., defamation case against Heard this year, though she was present in court several days for “support.” Depp sued Heard over a 2018 Washington Post op-ed penned by Heard about domestic violence.

Depp won the defamation lawsuit against his ex-wife and was awarded US$10 million in damages. Heard was also awarded $2 million for a countersuit claim. The exes have both appealed the verdict.

During the American trial, Depp fans on social media were quick to try to romantically link the actor to Vasquez, one of his lawyers. At the time, Vasquez told People the rumours were “sexist” and denied dating Depp.

Attorney Joelle Rich hugs attorney Camille Vasquez, back to camera, as attorney Ben Chew (R) looks on, at the end of the daily proceedings at the Fairfax County Circuit Courthouse in Fairfax, Va., May 16, 2022.

“I guess it comes with the territory of being a woman just doing her job,” Vasquez told the outlet. “It’s disappointing that certain outlets kind of ran with it or said that my interactions with Johnny — who is a friend and I’ve known and represented for four-and-a-half years now — that my interactions in any way were inappropriate or unprofessional. That’s disappointing to hear.”

US Weekly was first to report about Depp’s relationship with Rich.

Rich is a partner at the U.K. legal firm Schillings. Her bio on the company website claims she “helps individuals and families in the public eye protect their privacy and reputations, both in and outside of the court room.”

Depp and Rich have not publicly confirmed that they are in a relationship.