John Aniston, ‘Days of Our Lives’ star and dad to Jennifer Aniston, dead at 89 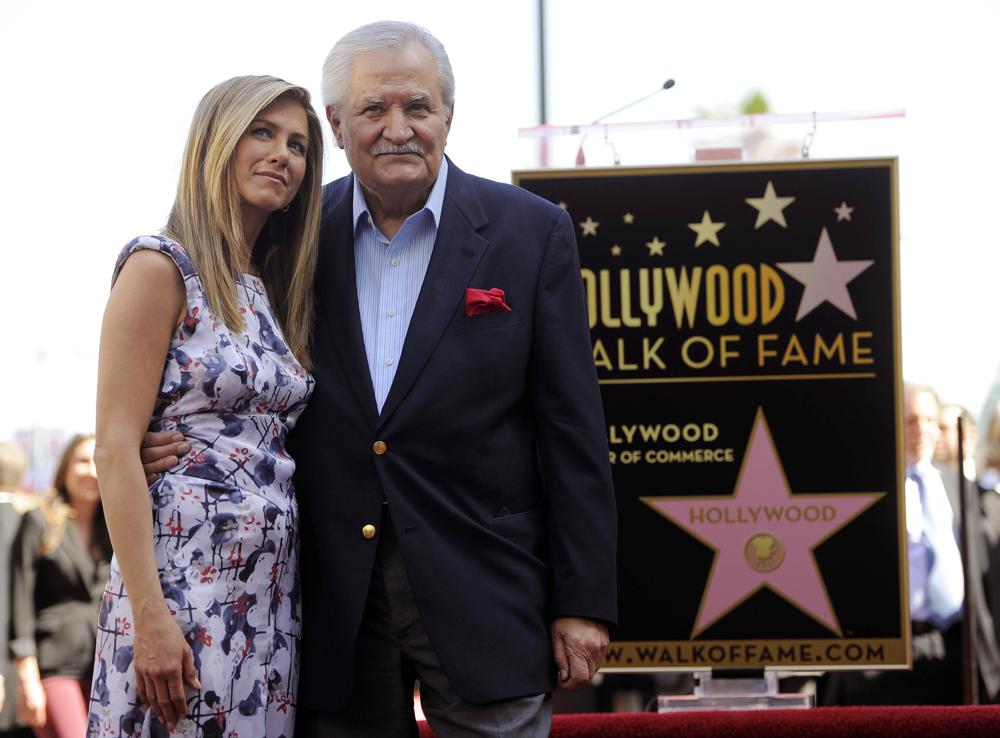 FILE – Actress Jennifer Aniston, left, poses with her father, actor John Aniston, after she received a star on the Hollywood Walk of Fame in Los Angeles on Feb. 23, 2012.

John Aniston, a veteran soap opera star known for his work on Days of Our Lives, has died, his daughter, Jennifer Aniston, shared Monday morning. He was 89.

“You were one of the most beautiful humans I ever knew,” Jennifer wrote.

“I am so grateful that you went soaring into the heavens in peace – and without pain. And on 11/11 no less! You always had perfect timing. That number will forever hold an even greater meaning for me now.”

According to CNN, Aniston appeared in nearly 3,000 episodes of Days of Our Lives. His career on the soap opera began in 1970 when he portrayed a character named Eric Richards. He returned to the cast in 1985 as Victor Kiriakis, a now iconic crime boss.

5:09
Oscar-winner Geena Davis reflects on her iconic roles and activism

Although he did not appear at the Emmys, Jennifer made a virtual appearance to celebrate her father’s career.

“This is truly a special moment for me,” Jennifer said. “It’s an opportunity to not only pay tribute to a true icon in the daytime television world, but it’s also a chance to recognize the lifelong achievements of a great and well-respected actor, who also happens to be my dad.”

The only thing better than winning the #DaytimeEmmys Lifetime Achievement Award is having it presented to you by your daughter, Jennifer Aniston.❤️

“For over 30 years, his dedication to that show has gained him respect and admiration of his fellow actors, deep friendships and thrilled millions of fans around the world,” she added. “His career is literally the definition of lifetime achievement.”

Aniston was born on the island of Crete, Greece, but moved with Pennsylvania with his family when he was still a child. He held a bachelor’s degree in Theatre Arts from Pennsylvania State University and served as an intelligence officer with the U.S. Navy.

Days of Our Lives shared a video celebrating Aniston Monday.

Our hearts are broken over the loss of our beloved family member John Aniston. We love you John. Your legend will live on.
#DaysOfOurLives #Days @peacock pic.twitter.com/IWPArGRKQH

“Our hearts are broken over the loss of our beloved family member John Aniston,” the show tweeted. “We love you John. Your legend will live on.”

As of this writing, no cause of death has been released.