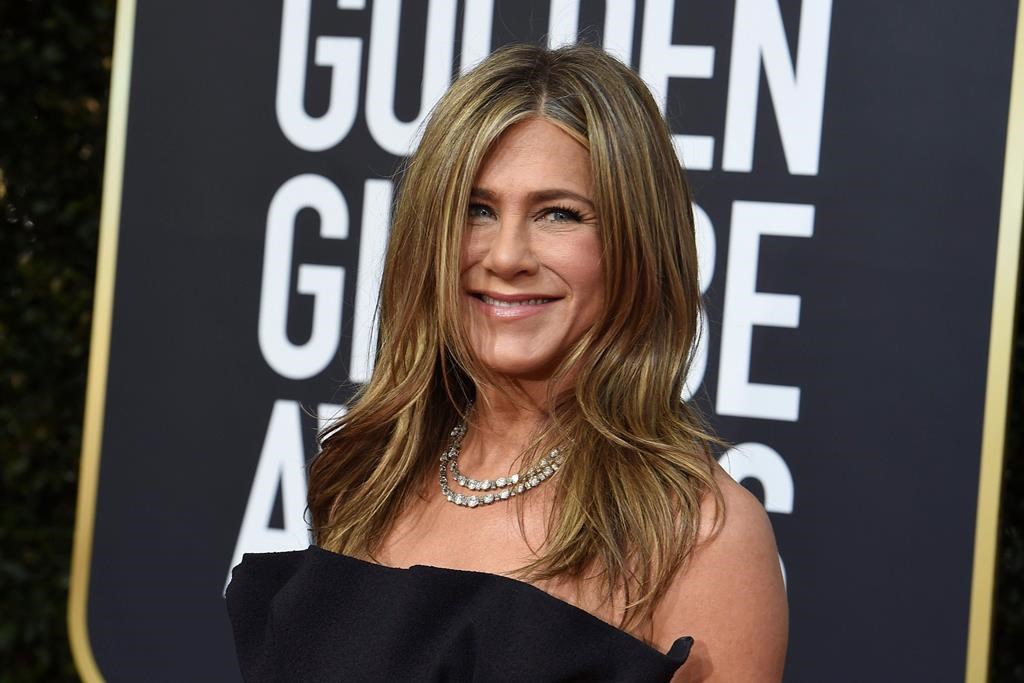 Jennifer Aniston has opened up about the struggles she faced while trying to have a baby, and is also hitting back at the tabloids who relentlessly pontificated on the status of her uterus.

“It was a challenging road for me, the baby-making road,” the actor said in an interview with Allure magazine for its December cover story.

Aniston, 53, is best known for her role as Rachel Greene on NBC’s smash sitcom Friends. The series skyrocketed her to fame, which came with the unfortunate scrutiny and rumours about why she was not having children.

For years she was accused of prioritizing her career over starting a family, and the tabloids kept their eyes fixated on her waistline, trying to determine if her midsection was growing.

“It was absolute lies, (the) narrative that I was just selfish, I just cared about my career,” she told Allure.

“And God forbid a woman is successful and doesn’t have a child. And the reason my husband left me, why we broke up and ended our marriage, was because I wouldn’t give him a kid,” she said, addressing the rumours that Justin Theroux divorced her in 2018 because she wouldn’t have a child with him.

Like many of us, #JenniferAniston loves a good curtain bang! Watch our December 2022 cover star share her thoughts about 11 different TikTok trends while reminiscing on some of her looks from the past: https://t.co/3O462X3VCs pic.twitter.com/viHKKKZCdO

The truth, said Aniston, is that she was going through some “hard s–t” in her 30s and 40s, trying every possible means to conceive a child.

“I was throwing everything at it. I would’ve given anything if someone had said to me, ‘Freeze your eggs. Do yourself a favour.’ You just don’t think it. So here I am today. The ship has sailed.”

Aniston, currently starring in the Apple TV+ series The Morning Show, explained that she was infuriated by all the speculation over her body, which led her to write an opinion post for HuffPost in 2016, taking the tabloids to task for fixating on her stomach.

“For the record, I am not pregnant,” she wrote for HuffPost. “What I am is fed up. I’m fed up with the sport-like scrutiny and body shaming that occurs daily under the guise of ‘journalism,’ the ‘First Amendment’ and ‘celebrity news.’

“The objectification and scrutiny we put women through is absurd and disturbing. The way I am portrayed by the media is simply a reflection of how we see and portray women in general, measured against some warped standard of beauty.”

She told Allure she “got so frustrated.”

“Hence that op-ed I wrote,” she said. “I was like, ‘I’ve just got to write this because it’s so maddening and I’m not superhuman to the point where I can’t let it penetrate and hurt.’”

She said she never spoke out about her challenges with IVF because “I feel like there’s so little that I get to keep to myself.”

She said by speaking about it now, she feels “like I’m coming out of hibernation. I don’t have anything to hide.”

It’s not the first time Aniston has gotten candid about her frustration with the media. In 2017, she told Glamour magazine that if she could ban any one word or phrase from tabloids, it would be “a picture of me with a hand over my stomach, saying ‘Finally Pregnant!’”

Despite everything, Aniston told Allure, “I have zero regrets.”

She added that she’s “proud of my wrinkles and grey hair,” and that she’s in a great phase of her life. The pressure to have children has passed, which she said is very freeing.