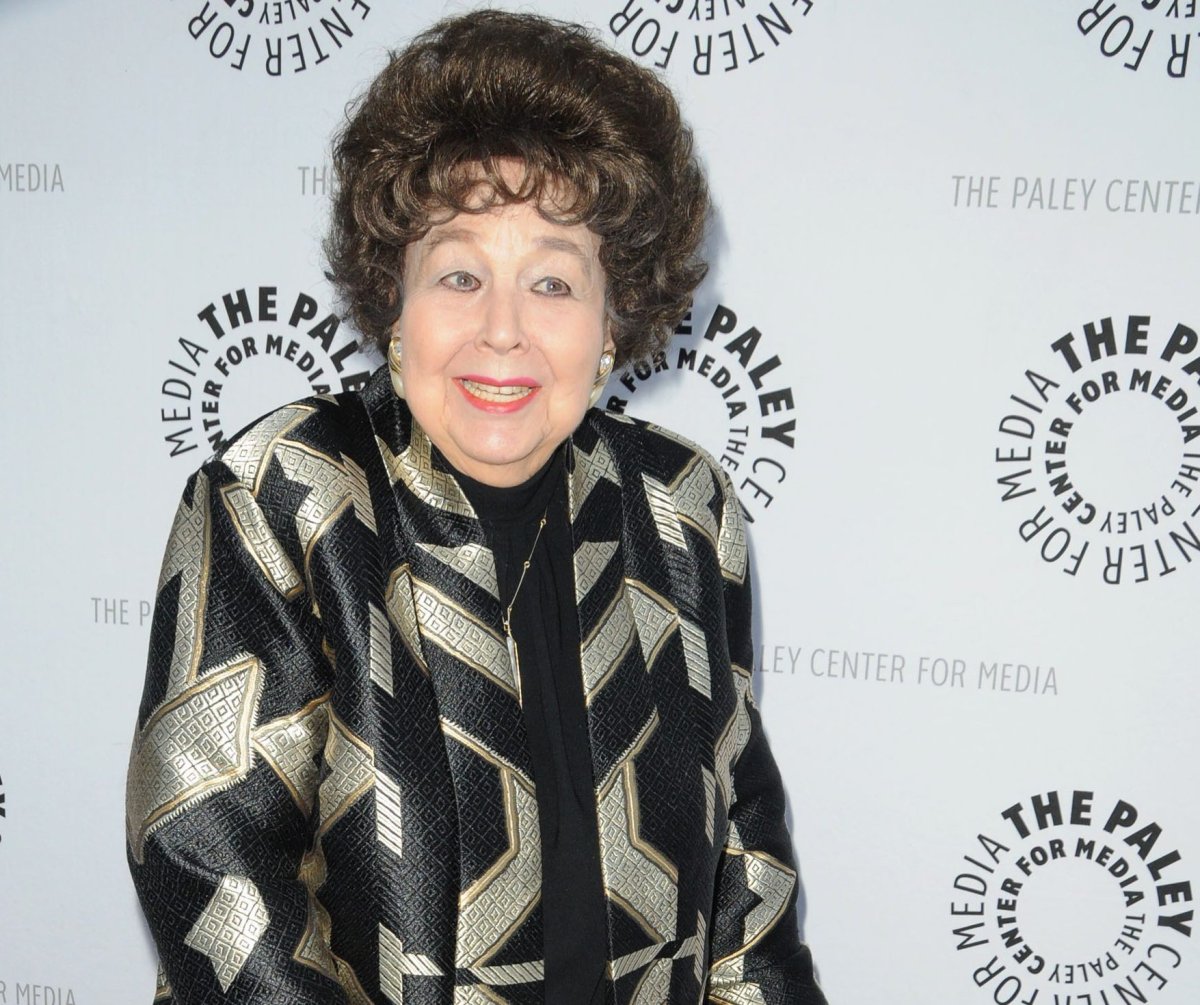 Jane Withers arrives at the Paley Center for a Debbie Reynolds Hollywood Memorabilia Exhibit on June 7, 2011.

Jane Withers, the former child actor who bedeviled Shirley Temple on the screen and went on to star in a series of B movies that made her a box-office champion, has died, her daughter said. She was 95.

Withers, also known as “Josephine the Plumber” from TV commercials in the 1960s and ’70s, died Saturday, her daughter Kendall Errair said. Withers was one of the last remaining stars from the 1930s and 1940s, the height of Hollywood studio dominance.

After a series of minor roles as a child actor, Withers was cast by Twentieth Century-Fox in the 1934 movie Bright Eyes, as the nemesis of lovable Temple, then Hollywood’s most popular star.

“I had to play the meanest, creepiest little girl that God ever put on this planet,” Withers recalled in 2000. “I ran over Shirley with a tricycle, and a baby buggy. And I thought, ‘Oh dear, everybody’s going to hate me forever because I was so creepy mean to Shirley Temple!’”

It didn’t turn out that way. Critics claimed that she stole the picture from Temple. Children wrote fan letters admiring what she did to Shirley “because she’s so perfect.”

Fox boss Darryl F. Zanuck figured there was room for another child actor at the studio, and she was signed to a contract. She played the anti-Shirley, a bright, talky, mischief-prone girl with wide eyes, chubby cheeks and straight black hair that contrasted with Temple’s blonde curly top.

For four years, Fox ground out three or four Withers films annually at budgets far lower than the Temple specials. Among the titles: Ginger, Paddy O’Day, Little Miss Nobody, Wild and Wooly and Arizona Wildcat.

Even though B pictures were aimed for the bottom half of double bills, a theatre owners poll named Withers one of the top money-making stars in 1936 and 1937.

While the Temple films were made on Fox’s modern Westwood lot, Withers made hers at the old studio on Sunset Boulevard in Hollywood.

“I wasn’t allowed to shoot in Westwood until Shirley left the studio,” she said.

Withers proved less of a draw as a teenager, and her career dwindled.

As an adult she appeared in a few films and on television.

Her biggest prominence came from portraying “Josephine” in TV commercials for Comet cleanser for 12 years.

“Oh, the money is nice, all right,” she told the Los Angeles Times in 1963. “I got five figures for eight of those commercials, and I’m doing four more.”

The main advantage, she said, was that unlike the Broadway offers she was getting, the job didn’t interfere with her home life in Hollywood.

She said in a later Times interview that she felt the original Josephine character was “too smart-alecky, too brash,” but she thought “any lady who was going to become a plumber” would take pride in her work and care about her customers.

Fame started early for Jane Withers. Born April 12, 1926, in Atlanta, she had appeared as Dixie’s Dainty Dewdrop on local radio by the age of 3.

Her mother had greater ambitions, and she persuaded her husband to move the family to Hollywood.

Jane played bit roles in movies and supplied voices for the Willie Whopper and the Looney Tunes cartoons.

Her experience with W.C. Fields in It’s a Gift (1934) belies the legend — encouraged by Fields himself — that the comedian hated children. Fields chose her for a scene in which she played hopscotch in front of his store, frustrating his exit. He coached her and afterward praised her professionalism.

When she won her first starring role, he sent her two large bouquets and a note saying, “I know you’re going to knock them dead in Ginger and you’re going to have a fantastic career.”

Her popularity led to Jane Withers dolls and other merchandise. At her peak, she was earning $2,500 a week and $50,000 a year in endorsements. Unlike other child stars, her earnings did not disappear.

She explained in 1974: “Fortunately, my dad had a great love of California land. He kind of dibble-dabbled in real estate in a marvellous way.”

During her childhood she started collecting dolls and teddy bears, and she continued throughout her lifetime. In 1988 she reported that she owned 12,000 dolls and 2,500 teddy bears which were boxed and crated in a 27,000-square-foot warehouse.

Withers’ film appearances as an adult were sporadic, partly because of three marriages and five children. Her most notable credits were Giant (1956) and Captain Newman, M.D. (1963).

In 1947, Withers left Hollywood to live with her first husband, producer-oil man William Moss, in Midland, Texas. They had three children and the marriage ended after seven years.

She returned to Hollywood and was paralyzed with arthritis. She recovered after spending five months in hospital.

She had two more children with second husband Kenneth Errair, one of the Four Freshmen singing group, who died in 1968. In 1985 she married Thomas Pierson, a travel agency executive.

An interviewer in 1974 asked Withers how she managed to escape the troubles that plagued many child stars in adulthood. A lifelong Presbyterian, she commented: “I always took my troubles to the good Lord, and I never failed to get an answer.”