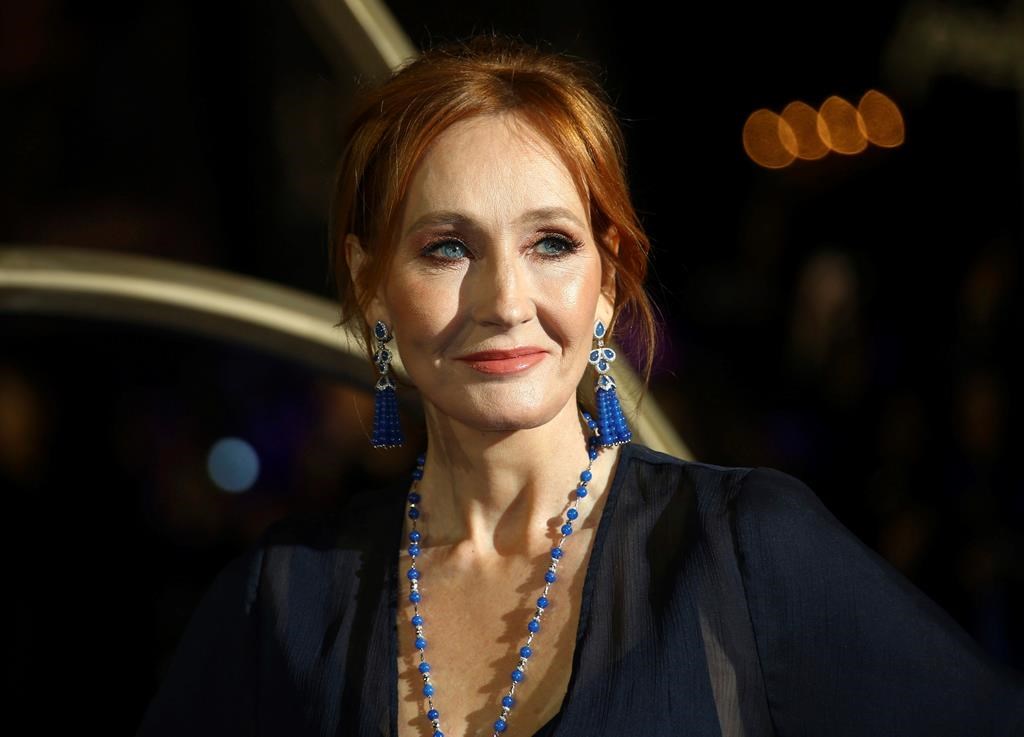 In this Nov. 13, 2018 file photo, author J.K. Rowling poses for photographers upon her arrival at the premiere of the film 'Fantastic Beasts: The Crimes of Grindelwald.'.

J.K. Rowling is once again at war with the transgender community, after her home address was allegedly shared by activists on Twitter over the weekend.

The Harry Potter author took to Twitter Monday to accuse three trans rights activists of “doxxing” her, after a photo was shared of them protesting outside her Scotland home, with the address of the house visible.

“Last Friday, my family’s address was posted on Twitter by three activist actors who took pictures of themselves in front of our house, carefully positioning themselves to ensure that our address was visible,” she began a lengthy Twitter thread, sharing her side of the events.

(Doxxing refers to the publication of an individual’s personal or identifying information on the internet, often with malicious intent.)

Last Friday, my family’s address was posted on Twitter by three activist actors who took pictures of themselves in front of our house, carefully positioning themselves to ensure that our address was visible. 1/8

“I implore those people who retweeted the image with the address still visible, even if they did so in condemnation of these people’s actions, to delete it,” she continued.

According to Forbes magazine, the three people seen standing outside Rowling’s home in the original tweet are actor Georgia Frost, comedian Holly Stars, and drag king Richard Energy. The tweet has since been deleted, but screenshots continue to circulate online.

Despite Rowling’s protests, the location of her home is publicly available online — and has been for some time. For example, the website All About Edinburgh has details about the scribe’s home, including a photo of the gated entrance with the home’s address and the area of town where it is located.

A screen capture from the website All About Edinburgh shows J.K. Rowling’s home.

Screengrab / All About Edinburgh

According to Pink News, the trio gathered outside Rowling’s home in protest against her oft-condemned views of transgender people. They held signs that read “Trans Liberation Now,” “Don’t Be a Cissy,” and “Trans Rights Are Human Rights.”

Frost said they deleted the tweets due to “an overwhelming amount of serious and threatening transphobic messages.” It appears all three activists have since deleted their Twitter accounts after Rowling tagged them all directly.

“They should have reflected on the fact that I’ve now received so many death threats I could paper the house with them, and I haven’t stopped speaking out,” Rowling, 56, also tweeted. “Perhaps – and I’m just throwing this out there – the best way to prove your movement isn’t a threat to women, is to stop stalking, harassing and threatening us.”

Rowling first drew the ire of the trans community in 2019, when she shared her support for anti-trans activist Maya Forstater, who at the time said “men cannot change into women,” and “it is unfair and unsafe for trans women to compete in women’s sport.”

The following year, Rowling published a lengthy screed conflating sex and gender, taking issue with an op-ed piece that referred to “people who menstruate.”

As a result of her public remarks, Rowling became the subject of major backlash — especially from the trans and LGBTQ+ community — with many social media users pointing out that people aren’t required to menstruate in order to be considered a woman, or vice versa.

According to the Canadian Institutes of Health Research, sex is based on biological attributes such as physical and physiological features, including chromosomes and reproductive organs, while gender “refers to the socially constructed roles, behaviours, expressions and identities of girls, women, boys, men and gender-diverse people.”

Read more:
Adele cries tears of joy as she reunites with long-lost teacher

Shortly after the 2020 incident she tried to explain to fans that she didn’t intend to offend the trans community. Shortly after, however, she called transgender hormone therapy a “new kind of conversion therapy for young gay people” and has doubled down on the issue many times, asserting her belief that biological “sex is real.”

Rowling was back in headlines last week after it was revealed that a television reunion special of the original Harry Potter movie cast would not include the author. All three of the movies’ leads — Emma Watson, Rupert Grint, and Daniel Radcliffe — have criticized Rowling for what many consider transphobic views.

— With a file from Adam Wallis