Hey you guys! The iconic house from ‘The Goonies’ is up for sale 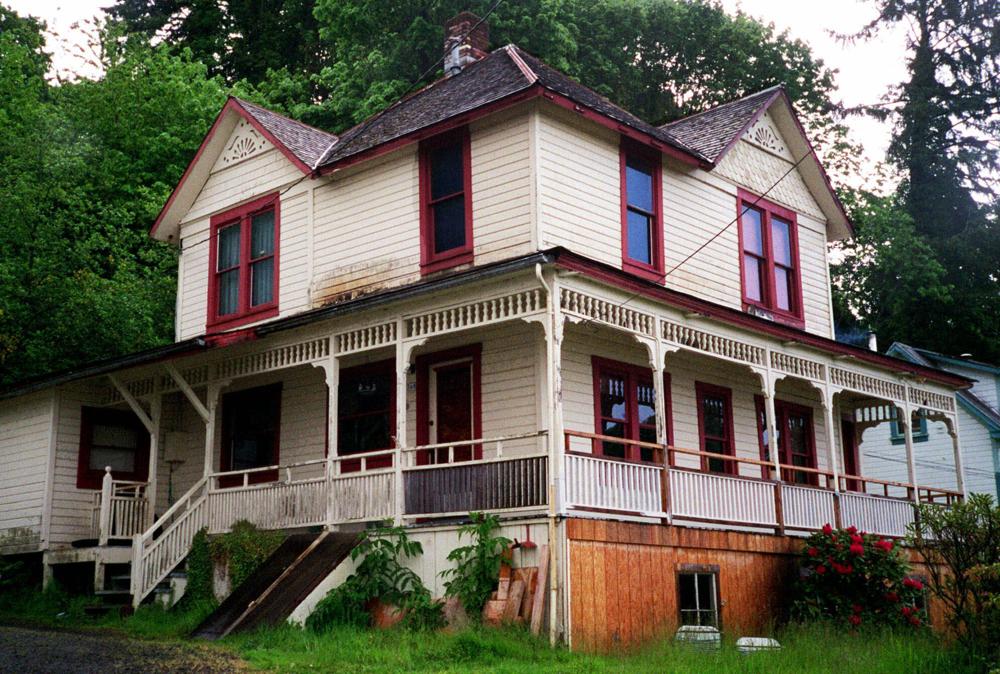 The house featured in the Steven Spielberg film "The Goonies" is seen in Astoria, Ore., on May 24, 2001.

Nostalgic ’80s film fans can now own the very property where the “Truffle Shuffle” was first put out into the world.

The classic Victorian-style home where the gang from The Goonies plotted out their treasure hunt is up for sale.

From left to right, Corey Feldman, Jeff Cohen, Josh Brolin, Ke Huy Quand and Sean Astin standing on porch in a scene from the film ‘The Goonies’, 1985.

The Astoria, Ore., property was listed earlier this month by Jordan Miller of John L. Scott Real Estate for US$1.65 million.

Cinephiles will be stoked to learn the home’s exterior remains very true to the 1985 film, although the window casings and door are now orange, not red. Also missing, somewhat disappointingly, is the Rube Goldberg machine that powered the home’s front gate and was featured in the movie’s opening scenes.

Nevertheless, the historic home, which was built in 1896, measures 1,935 sq. ft. and includes four bedrooms and two bathrooms. The current owner gave the home a recent refresh, with an updated kitchen, new carpet and fresh paint.

And let’s not forget the amazing ladder that led the Goonies into the attic where they discovered the map to One Eyed-Willie’s gold — that remains in the house, too.

The exterior view of “The Goonies” home.

The home also features sweeping views of the Columbia River flowing into the Pacific Ocean and the listing describes it as “fully loaded with history, nostalgia and iconic level of fame.”

The ladder to the attic remains in the home.

Miller told The Associated Press that he’s had a few parties express interest in the home with the intent of making it more accessible to movie fans.

“It seems to be everybody’s intention to be able to open up the house a little bit more and have more access,” he said.

The current owner of “The Goonies” house gave the home a refresh, with a renovated kitchen.

And that’s certainly a plan that would prove popular with Goonies groupies. AP reports that the current owner, Sandi Preston, has been largely welcoming of the visitors who have flocked to see the iconic house, but has been forced to close the home’s property to foot traffic at times.

After the film’s 30th anniversary drew about 1,500 daily visitors in 2015, Preston posted “no trespassing” signs prohibiting tourists from walking up to the property. She reopened it to the public this past August.

The new owner might also have their work cut out for them in terms of keeping the peace with their neighbours.

Every level of the home has clear views of the bay, the bridge and the city.

City officials, who restricted parking in the area, have long sought to mediate the tensions between residents and the fans hoping to see and photograph the location.

“While the owner of this location from The Goonies is a fan of the movie and enjoys chatting with visitors making the trek to Astoria to see the film locations, as you can imagine, it gets hard having hundreds of people crowding into your personal space every single day,” the Astoria-Warrenton Chamber of Commerce wrote in August on a Facebook page they administer called Goonies Day in Astoria, Oregon .

However, Miller insists that the home would make a “fun buy.”

“Whoever buys the house is going to have a relatively steady stream of extremely happy people walking up outside to fulfill their childhood dreams.”

The Goonies house isn’t the only nostalgic cinema home to hit the market recently. Earlier this month it was announced that the Cleveland, Ohio, home featured in A Christmas Story is also up for sale.