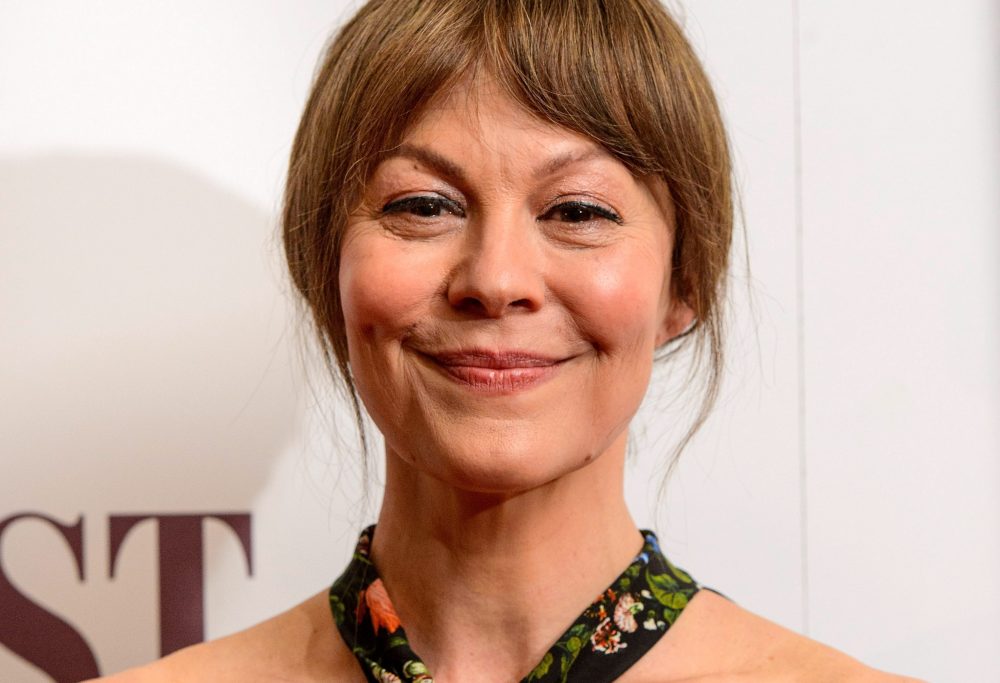 Helen McCrory is shown at the premiere of 'Their Finest' at the BFI Southbank in London on April 12, 2017.

English stage and screen actor Helen McCrory, who appeared in several U.K. productions including Peaky Blinders, Skyfall and three Harry Potter films, has died at the age of 52.

Read more:
Remembering the celebrities we lost in 2020

“Heartbroken to announce that after an heroic battle with cancer, the beautiful and mighty woman that is Helen McCrory has died peacefully at home, surrounded by a wave of love from friends and family,” he wrote in a Twitter post. “She died as she lived. Fearlessly. God we love her and know how lucky we are to have had her in our lives. She blazed so brightly. Go now, Little One, into the air, and thank you.”

The couple have two children together.

Helen McCrory and Damian Lewis attend the ‘Once Upon A Time… In Hollywood’ U.K. premiere in Leicester Square, London on July 31, 2019.

The London-born actor appeared in many well-known TV and film franchises over her career. She starred as Aunt Polly in Peaky Blinders and Narcissa Malfoy in the Harry Potter films, in addition to roles in Penny Dreadful, Vampires of Venice, Doctor Who and the James Bond film Skyfall. She also played former U.K. prime minister Tony Blair’s wife, Cherie, in The Queen and The Special Relationship.

McCrory also had extensive experience as a stage actor in London.

Her death triggered an outpouring of sympathy from her former creative collaborators.

“I’m devastated to learn of the death of Helen McCrory, an extraordinary actress and a wonderful woman who’s left us far too soon,” tweeted Harry Potter author J.K. Rowling.

I’m devastated to learn of the death of Helen McCrory, an extraordinary actress and a wonderful woman who’s left us far too soon. My deepest condolences to her family, especially her husband and children. Simply heartbreaking news.

All our love and thoughts are with Helen’s family.

Helen McCrory will be remembered not just for her remarkable stage and screen performances, but also for her selflessness and generosity. She and Damian were the motor driving FeedNHS, working tirelessly during the pandemic to raise millions for others. What a tremendous loss.

McCrory broke into film with 1992’s Interview with the Vampire.

She won a London Evening Standard award for best actress in the stage play Uncle Vanya in 2002, and was nominated for an Olivier Award in 2006 for As You Like It.

Alan Cross: The future of the music industry is TikTok, and here’s why