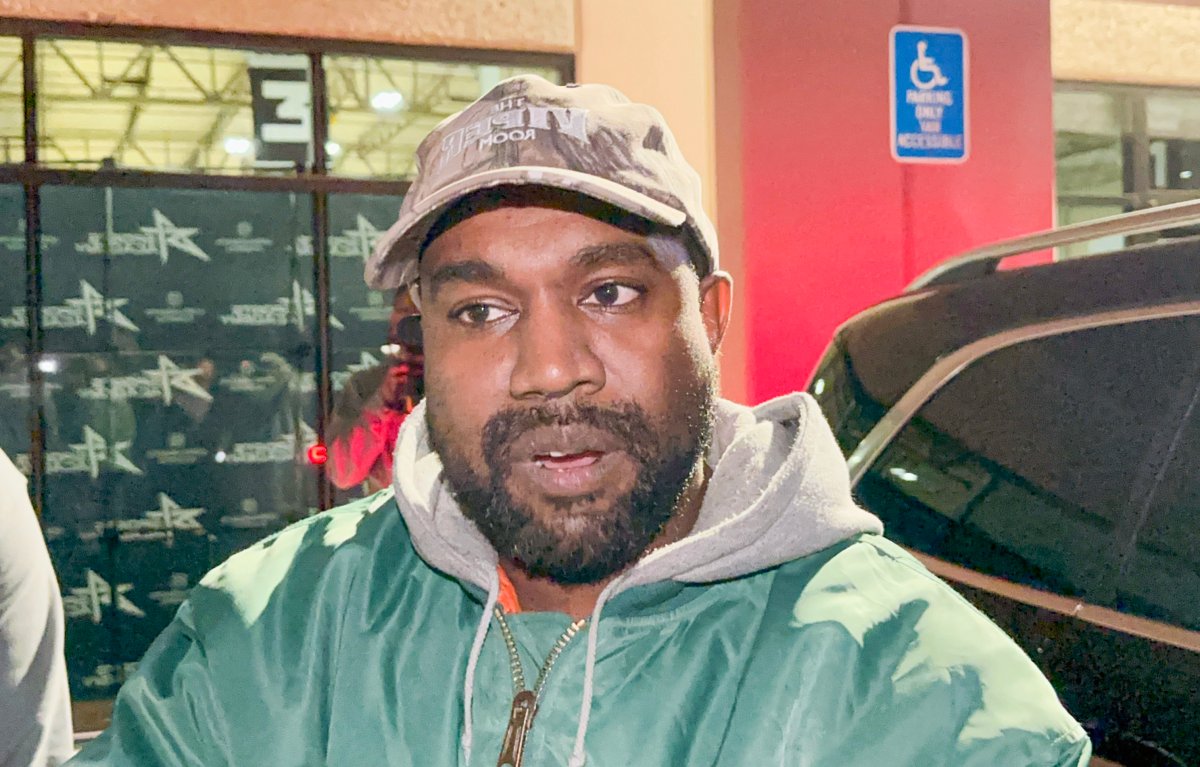 There’s no going back for Kanye West now, observers wrote on Twitter in the wake of his damning interview with conspiracy theorist Alex Jones on Thursday afternoon.

The controversial rapper and 2024 U.S. presidential candidate is facing widespread rebuke for espousing antisemitic hate on Jones’ Infowars podcast and then later doubling down by tweeting an image of a swastika within the Star of David.

The latter stunt led to the rapper, who has legally changed his name to Ye, being suspended from Twitter, though leading voices in the Jewish Canadian community say the damage has already been done. Before being removed from the platform, Ye had more than 30 million Twitter followers, more than twice the estimated population of Jewish people in the world.

Bernie Farber, chair of the Anti-Hate Network and former CEO of the Canadian Jewish Congress, warned that Ye is dangerously normalizing antisemitism and that his words may lead to an uptick in violence against the Jewish community in Canada.

“Antisemitism has reached heights that are so dangerous that in my almost 40 years now of dealing with antisemitism, I have never seen anything quite like it,” Farber told Global News.

“I believe that we are going to see, as a result of Kanye West’s hateful actions, we will see violent words turned into violent actions.”

How did we get here?

Kanye West during an Infowars livestream on December 1, 2022.

Even before Ye appeared on Jones’ Infowars podcast and lit up the Internet by explicitly praising Hitler, he was already in hot water over numerous antisemitic comments which led to a prior suspension from Twitter and Instagram.

The rapper and fashion designer claimed that he even lost US$2 billion in one day after brands Gap, Adidas and Balenciaga cut partnership ties with him when he spread antisemitic tropes and hate online and to the press. In the midst of the backlash, Ye announced he was running for U.S. president in 2024 with known white supremacist Nick Fuentes and alt-right commentator Milo Yiannopoulos on his campaign team.

These events set the stage for Ye’s fateful interview with Jones on Thursday afternoon where he infamously said, “I like Hitler.”

Even Jones, who currently owes hundreds of millions of dollars to the parents of Sandy Hook victims after spreading a conspiracy theory that the mass shooting was a hoax, seemed taken aback by Ye’s comments.

“You’re not a Nazi, you don’t deserve to be called that and demonized,” Jones said, offering the rapper some cover.

“Well,” Ye replied, “I see good things about Hitler, also.” (The rapper, wearing a full black face mask, was also joined by Fuentes on the program.)

“The Jewish media has made us feel like the Nazis and Hitler have never offered anything of value to the world,” Ye said at one point during the interview. “But [the Nazis] did good things too. We gotta stop dissing the Nazis all the time.”

Kanye West, Alex Jones, and Nick Fuentes during an Infowars livestream on December 1, 2022.

Clips of Ye’s statements immediately went viral on social media platforms, boosting his hateful comments to even more eyes and ears, though the majority of those reacting denounced the rapper.

Later on Thursday, Ye went even further by tweeting an image of a swastika, a Nazi emblem, inside the Star of David, an important symbol of Jewish identity. His tweet was blocked as a violation of Twitter’s rules and Ye was later suspended from the platform for “incitement to violence.”

Before he was suspended, Ye tweeted a picture of a shirtless Musk and suggested that this post would be his last on the site. Musk responded “That is fine,” to the tweet. In a reply to Ye’s Star of David image, Musk wrote, “This is not.” It’s unclear how long Ye’s suspension on Twitter will last.

Many of Ye’s former fans have turned their back on the rapper, and the r/Kanye subreddit, which once celebrated Ye, has now been flooded with posts raising awareness about the Holocaust.

The Kanye subreddit is organically transforming into a Holocaust awareness subreddit. pic.twitter.com/T6e7P10Mdw

The reaction against Ye from the Jewish Canadian community has been swift and a number of organizations have publicly denounced Ye as an antisemite.

There is no justification for the dangerous, harmful, and disturbing comments uttered by Kanye West during his appearance on Alex Jones's InfoWars program. West continues to demonstrate that he is a vile antisemite. https://t.co/EQauxExwL3#ye #infowars #antisemitsm #kanye

In a statement to Global News, Aaron Lakoff, media and communications lead for Independent Jewish Voices (IJV) Canada said Ye’s praise of Adolf Hitler, who oversaw the Nazi genocide of Jewish people, was “reprehensible and vile.”

“They are unfortunately indicative of the persistence of far-right fascism at the highest levels of American society,” Lakoff wrote. “We know that such views have permeated Canadian society as well, and Jewish Canadians have every reason to be concerned and angry.”

Jewish people remain the religious group most targeted by police-reported hate crimes in Canada, according to a 2021 Stats Canada report. Hate crimes directed towards Jewish people rose 47 per cent from 2020 to 2021, to a total of 487 incidents, the report shows.

According to the Centre for Israel and Jewish Affairs, Jewish Canadians make up one per cent of the population and yet account for 14 per cent of all hate crimes, as reported by Canadian Jewish News.

Anti-Hate Network chair Farber says he has seen a massive wave of antisemitism recently, which he says is leaving Jewish people fearing for their safety. Farber pointed out that numerous other celebrities and politicians have come under fire recently for platforming antisemitic views, such as Kyrie Irving of the NBA and comedian Dave Chappelle on Saturday Night Live.

Earlier this week, a man accused of being a Holocaust denier, Nazih Khatatba, was present at a Parliament Hill reception celebrating the International Day of Solidarity with the Palestinian People, leading to backlash from multiple MPs.

Irving Abella, who documented Canada’s refusal of Jewish refugees in WWII, dies at 82

Farber says he fears that antisemitism and Holocaust denial are becoming normalized in everyday conversation as a result. “I mean, if genocide gets normalized, we as a society are in dire, dire trouble,” he told Global News.

Farber points to social media as a driving factor behind this recent surge in antisemitism, because it allows fringe opinions to reach millions of eyes with ease — especially if they are helped along by celebrities with large followings like Ye.

Farber noted that the mass shooting in a Pittsburgh synagogue that killed 11 people in 2018 was in part driven by online radicalization, as was a similar attack on a Quebec City mosque in 2017.

A day before Ye’s Infowars interview, the U.S. Department of Homeland Security (DHS) issued a terrorism advisory bulletin that addressed rising violence against minorities, which noted that there is an “enduring threat” against Jewish people by American extremists.

In response to media questions about Ye’s antisemitism, a DHS spokesperson said that celebrities and officials who espouse conspiracy theories can serve to incite violence, NBC reported.

“Certainly the Jewish community seems particularly targeted in recent days by that kind of activity in our discourse,” the official said.

Farber is pushing for a stronger denunciation of antisemitism from Canada’s politicians and community leaders, and for governments to take substantive action to stem religious persecution.

“But we’ve learned as a people that there will always be Kanye Wests in the world,” Farber said. “The Kanye Wests come and go, and the Jewish people are still here.”

2:05
How will Trump’s dinner with Kanye West, Nick Fuentes impact his presidential ambitions?