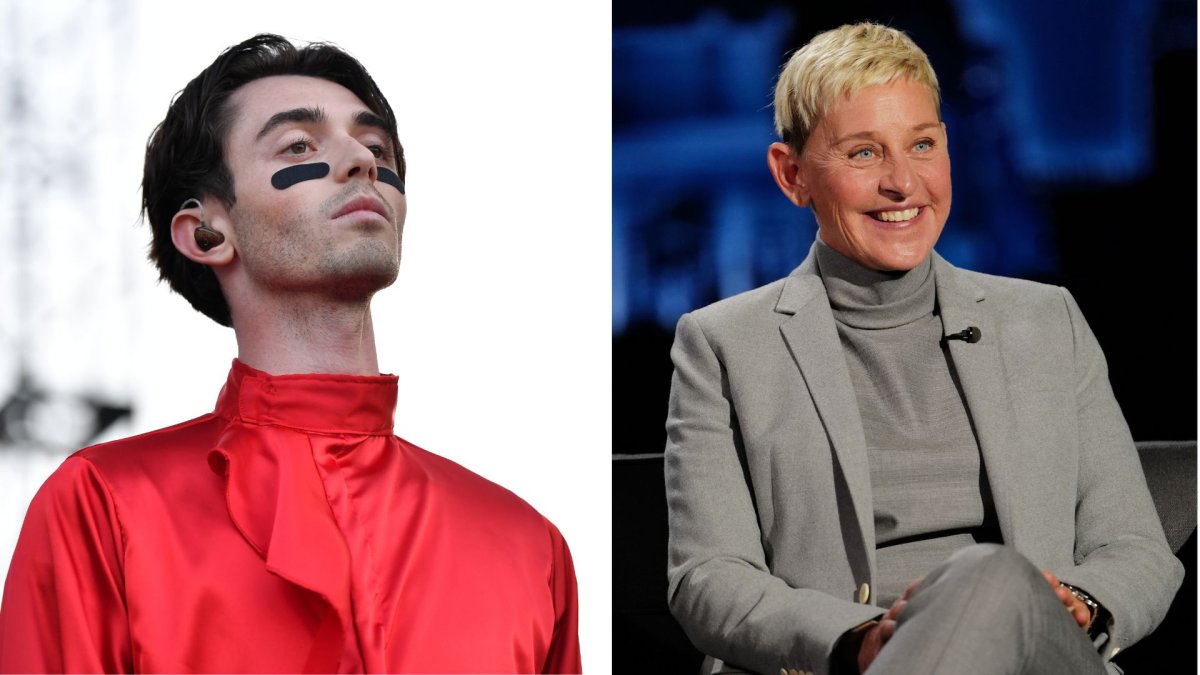 Greyson Chance spoke publicly for the first time about his former mentor Ellen DeGeneres. Chance claimed DeGeneres "abandoned" him in the early years of his career.

Greyson Chance has come a long way from being the 12-year-old boy who rocketed to fame after his viral Paparazzi cover was shared on The Ellen DeGeneres Show in 2010.

In a recent interview with Rolling Stone, Chance, now 25, spoke about his former mentor DeGeneres for the first time, claiming he has “never met someone more manipulative, more self-centred, and more blatantly opportunistic.”

Though Chance told the outlet DeGeneres played a very key role in his early career, he said the talk show host later “completely abandoned” him.

As of this writing, DeGeneres has not publicly responded to Chance’s claims. A representative from The Ellen Show told People that DeGeneres and her staff “went above and beyond to help set him up for success, but in business that doesn’t always work out, and his career did not take off.”

Chance met DeGeneres after she asked him to appear on The Ellen Show to discuss the video of his cover of Lady Gaga’s Paparazzi — a performance shakily recorded in Chance’s Oklahoma middle school gym when he was in Grade 6. The video has 71 million views.

Chance said when he and his mother arrived at The Ellen Show, DeGeneres told Chance’s mom “You’re never going to have to work again a day in your life.”

He was the first artist to sign to DeGeneres’ record label eleveneleven. Chance was set up with high-profile talent managers and a team of staff, including a booking agent, publicist and a brand agent, all in the hopes he could become the next Justin Bieber.

To Rolling Stone, Chance claimed DeGeneres was a “hidden eye” in his early career, heavily controlling the boy’s busy touring and press schedules, clothing and activities.

He alleged DeGeneres shouted at both he and his mother over the phone when he did not watch a prescreening of Bieber’s then-upcoming tour documentary Never Say Never. Chance said when he — at the time, a minor who was working 14 to 16 hour days — didn’t find the time to watch the documentary, DeGeneres aggressively scolded him over the phone.

“I’ll never forget this,” Chance told Rolling Stone. “I just remember hearing on the other side of the phone, just yelling (and) beratement: ‘What type of mother are you? Do you realize that I went out of my way to get this for you, and he can’t sit down and watch it?’”

When Chance’s 2012 EP Truth Be Told, Part 1 underperformed, DeGeneres allegedly disappeared from his life completely, along with the team she’d curated for him at the record label.

Lisa Chance, Chance’s mother, told Rolling Stone she thinks DeGeneres is a “businesswoman” before anything else.

“If something isn’t trending the way she wants it to, she’s going to put an end to it because it’s business for her. It’s not warm and fuzzy,” Chance’s mother said. “I don’t think she invited people to be a part of her life or take someone under their wing like she did if she didn’t want to see something come of it. If it wasn’t moving fast enough for her, that’s when she started to shut down or shut us out.”

Chance is not the first person to accuse DeGeneres of unsavoury behaviour. A Buzzfeed exposé in 2020 alleged DeGeneres would berate employees and was responsible for creating a “toxic work environment” in the TV studio. DeGeneres addressed the allegations during the final season of The Ellen Show and apologized to “the people who were affected.”

Chance appeared on The Ellen Show even after his falling out with DeGeneres (and a break from music) in 2019. During the TV program, she congratulated the young singer on coming out as gay. Chance said after years of non-contact, the congratulations felt “cheap.”

Chance claimed he was asked several times to return to The Ellen Show in its final season, though he declined all invitations for his “integrity.”

On Twitter, Chance shared a link to the Rolling Stone article (which he said is the only time he will speak publicly about DeGeneres). He claimed his new album, Palladium, “forced me to look dead in the eyes of my past, and reconcile with what I went through as a kid.”

I’ve been wanting to tell this story for a long time. Writing this album forced me to look dead in the eyes of my past, and reconcile with what I went through as a kid. I feel a tremendous weight off my shoulders now that the truth is out. Thank you @RollingStone and @Tomas_Mier https://t.co/8GEkwmHRFe

“The first part of my career, I owe a lot of thanks to her and to that team. But the reason why I’m here today talking about an album, I owe f—ing nothing to her,” Chance told Rolling Stone. “Because I was the one that had to pull myself up. She was nowhere to be found.”