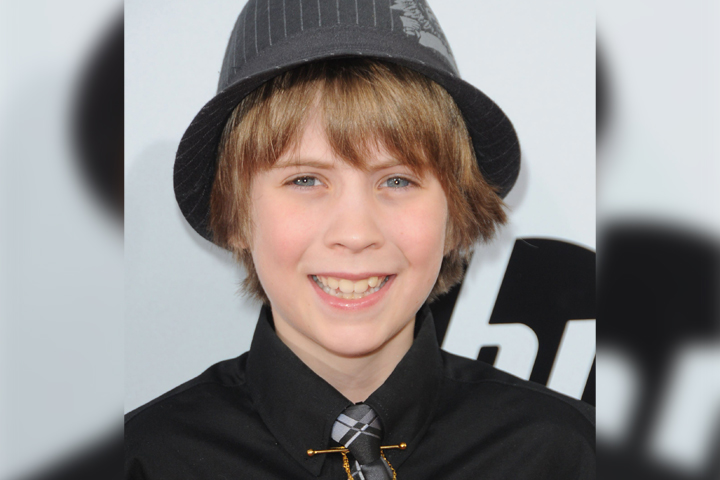 Matthew Mindler is shown at the 'Our Idiot Brother' premiere at the, Arclight Hollywood, Los Angeles, Calif., August 16, 2011.

Matthew Mindler, a former child actor who appeared in the 2011 film Our Idiot Brother, has been found dead at the age of 19, according to his university in Pennsylvania.

Mindler’s body was discovered near Millersville University campus on Saturday morning, days after he was declared missing, the school said.

“It is with a grieving heart that I let you know of the death of 19-year-old Matthew Mindler,” university president Daniel A. Wubah said in a statement. “Our thoughts of comfort and peace are with his friends and family during this difficult time.”

Mindler was a first-year student at the school, officials said. He attended his classes last Monday and Tuesday but had not been seen since Tuesday night, when he left his residence and headed toward the parking lot around 8 p.m.

Video surveillance footage from the residence showed him wearing a school sweatshirt, black jeans and sneakers, the school said. He was carrying his book bag when he left.

The circumstances of Mindler’s death were not released, but the school did say there is “no public threat” to other students.

An autopsy will be conducted this week.

Read more:
Texas dad strips down at school board meeting to argue for mask-wearing

The native of Hellertown, Pa., got his start in Hollywood around the age of eight, when he first appeared in an episode of As the World Turns.

He would later star alongside Paul Rudd, Zooey Deschanel and Elizabeth Banks in the 2011 comedy Our Idiot Brother, before landing a handful of additional TV and film short roles.

His last acting credit was in the 2016 TV movie Chad: An American Boy.