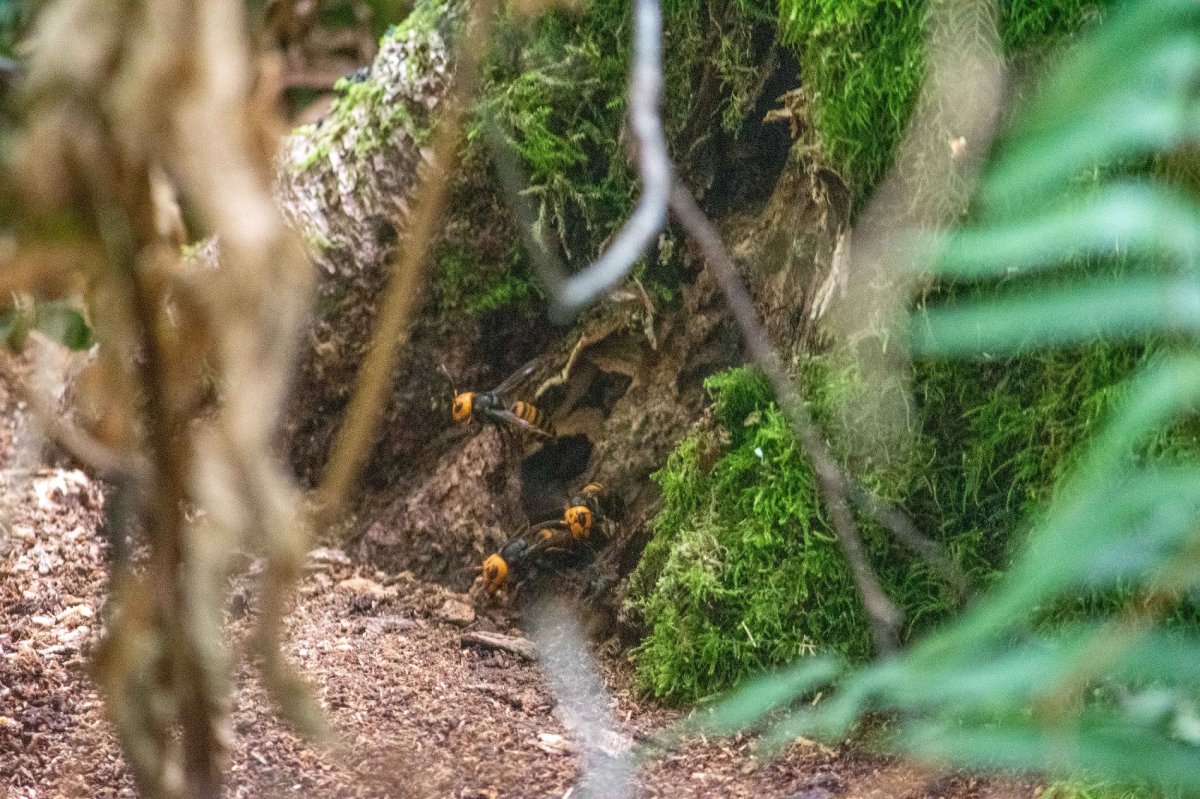 Asian giant hornets enter and leave the nest entrance at the base of a tree in rural Whatcom County, Washington state.

State and federal officials had been searching for the nest since one of the insects was spotted about half a kilometre away on Aug. 11. The sighting was about three kilometres from where a nest was destroyed last year.

Several of the hornets were subsequently captured and fitted with trackers, one of which led a team to the nest on Thursday.

Entomologists are now developing a plan to eradicate the nest, likely next week, the WSDA said.

So far this year, there have been no confirmed reports of the hornets in B.C.

Asian giant hornets are an invasive species, and are of particular concern because of their penchant for attacking honey bee nests. The WSDA said a small group of the hornets can destroy an entire hive in just a few hours.

The insects were first spotted in North America in 2019 near Nanaimo, B.C. That fall, the first known Asian giant hornet nest in Canada was wiped out.

A close-up of an Asian giant hornet.

The hornets can grow up to five centimetres long and are the world’s largest hornets. They have large, yellow heads, black eyes, a black body and a black and yellow striped abdomen.

While they are not considered particularly dangerous to humans, the Invasive Species Council of B.C. warns they capable of delivering painful stings and are a threat to people allergic to bees and wasps.