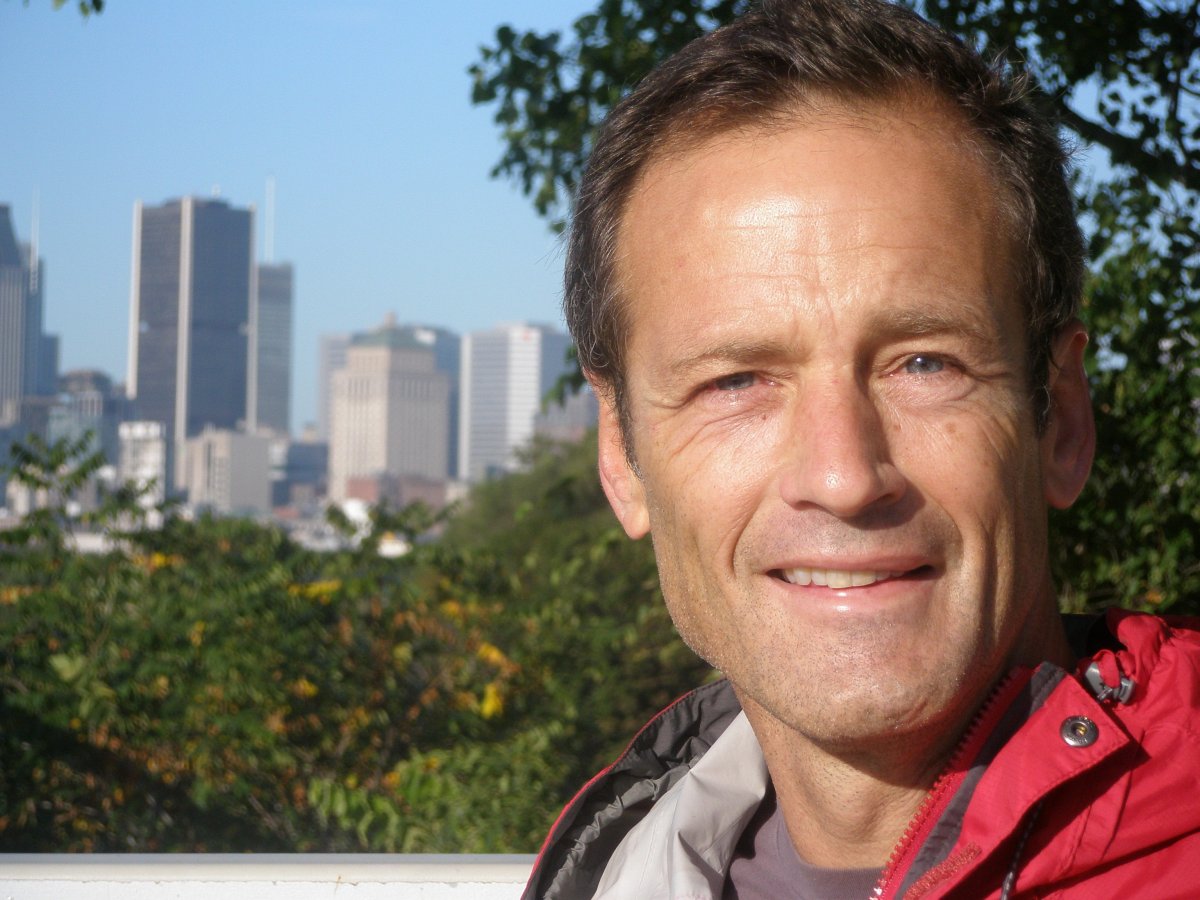 After winning its 100th accolade, Belle-Île in Acadie director Phil Comeau, shown in a handout photo, said after filming his documentary following the pilgrimage of Acadians from France to the Canadian Maritimes he was surprised to see how connected the descendants of the settlers still have to their heritage.

Director Phil Comeau says he’s surprised to see how connected the descendants of Acadian settlers are to their heritage – no matter where they live on this earth.

“It always amazes me how people in the diaspora â€¦ can still feel part of a culture even if we’ve been separated for 250 years,” Comeau said in a recent interview.

His 2019 documentary “Belle-Ile in Acadie” follows a pilgrimage of Acadians from Belle-Ile-en-Mer in Brittany, France, to the Maritime provinces for the Acadian World Congress, a festival of Acadian culture held every five years.

Comeau, an Acadian born in Nova Scotia, said he wanted to explore themes of heritage and belonging in his most recent documentary, a pairing to his previous film about an Acadian gathering in France.

“Belle-Ile in Acadie” opens with an image of a map of Eastern Canada overlaid with text describing the expulsion of Acadians in 1755 from Acadia – the former New France colony covering parts of what are now Nova Scotia, New Brunswick and Prince Edward Island.

More than 1,100 people were forcibly removed from their lands and deported to the state of Virginia by the British. After being denied entry, they were sent to detention camps in England, where they remained until 1763 and were released with the signing of the Treaty of Paris, following the end to the Seven Years’ War between France and Britain.

Almost half the survivors of that infamous deportation moved to Belle-Ile-en-Mer. Others, however, found their way back to North America, resettling in several different places on the continent, including the Maritimes.

Comeau said the film’s themes reach far beyond North America and France. “I wanted to explore how people react to exile â€¦ how people lived exiled even generations later because there’s presently 70 million refugees in the world.”

Over the course of the 26-minute documentary, Comeau follows the group as they tour what he calls their “ancestral lands” across Nova Scotia, New Brunswick and P.E.I. Emotions bubble up as the pilgrims visit various historical locations in the Maritimes; many of them had never set foot in the region.

Claude Boudreau, a tour director for Les Voyages DiasporAcadie, which organizes trips to destinations of historical importance to the Acadian diaspora, is featured in the film.

“Coming here makes you take stock of what really happened to us here … the deportation that hurled us through the four winds,” Boudreau, who lives in Moncton, says in the documentary.

In a recent interview with The Canadian Press, Boudreau says that despite the distance, the connective strength among Acadian descendants helps bridge that gap across time.

He says he feels a particular closeness with Acadians from France because his ancestors were among those held in English prison camps and who eventually made it back to Nova Scotia.

“When we get together, within half an hour we find a connection somewhere,” Boudreau said about meeting Acadians from around the world. “The pride in their eyes was a highlight of my career.”

Another tour guide featured in the film, Susan Surette-Draper, says it was gratifying to have brought the group to visit locations in Nova Scotia connected to Acadian history.

She said in a recent interview the Acadians from France were the most knowledgeable visitors she’s ever had, adding that they were keen on soaking up all there was to know about their past.

“For me, explaining, showing, accompanying people is always interesting, always humbling and always kind of a privilege to be able to do that,” she said.

Boudreau called the film a “temoignage” – a testimony of hope for other people in the world who find themselves displaced as the Acadians were during the deportation, which has since become known as the Great Upheaval.

Surette-Draper echoed Boudreau’s statement, saying that the story of the Acadians is one that resonates with a variety of cultures.

“Belle-Ile in Acadie” ends as the group walks along a damp beach at the base of some cliffs in Cape Enrage, N.B. One member speaks about passing the torch to her granddaughter, who is accompanying her on the trip, to ensure further generations of Acadian descendants continue to uphold their connection to Acadians of centuries past.

Chris d’Entremont, MP for West Nova and an Acadian, said documentaries like Comeau’s are important because they preserve the legacy of the culture for future generations.

“This culture, this language, these communities have been around somewhere close to around 400 years and we know as the world moves on that we’re going to end up losing a part of who we are,” d’Entremont said in a recent interview.

And for those in the documentary, being a part of the trip served as a comforting reminder of their shared history.

“Wherever we went, it felt like home,” Helene Jugeau, one of the travellers featured in the documentary, says in the film. “Because we know that’s where we’re from and we’ve made it back home.”

This report by The Canadian Press was first published March 6, 2021.