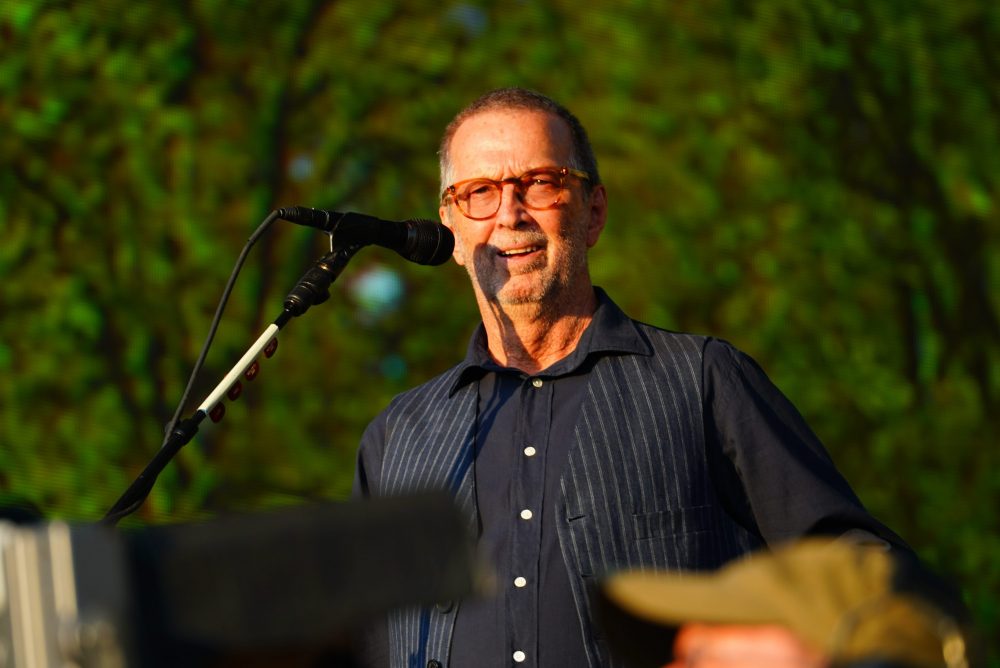 Eric Clapton performs live on the Great Oak stage at the 2018 British Summer Time Festival in Hyde Park in London.

Musician Eric Clapton says he will not play at any venue that requires attendees to provide proof of vaccination in his latest effort to oppose COVID-19 health precautions.

Clapton, 76, says he will not perform on “any stage where there is a discriminated audience present,” according to a statement he released on Telegram.

“Unless there is provision made for all people to attend, I reserve the right to cancel the show,” he said.

Clapton was directly responding to U.K. Prime Minister Boris Johnson, who announced this week that vaccine passports will be required at music venues across the country by late September.

Clapton released his announcement through Robin Monotti, an Italian architect and COVID-19 conspiracy theorist who has shared Clapton’s statements in the past.

The statement also included a link to Stand and Deliver, the anti-lockdown song that Clapton wrote and performed with Van Morrison late last year. The song includes lyrics such as: “Do you wanna be a free man, or do you wanna be a slave?” and “Is this a sovereign nation, or just a police state?”

Variety and the Los Angeles Times deemed the song to be among the worst of 2020.

Clapton has released several anti-vaccine and anti-lockdown songs since the pandemic began, with all proceeds from his sales going to struggling musicians.

The musician has said that he had a “severe” negative experience after receiving the AstraZeneca vaccine, and that he feared it would prevent him from playing the guitar.

Clapton is not scheduled to play in the United Kingdom until May of next year. He has eight U.S. dates scheduled for September, with stops in Texas, Georgia, Florida, Louisiana and Tennessee.

Clapton’s representative did not immediately respond to several outlets’ requests for comment.