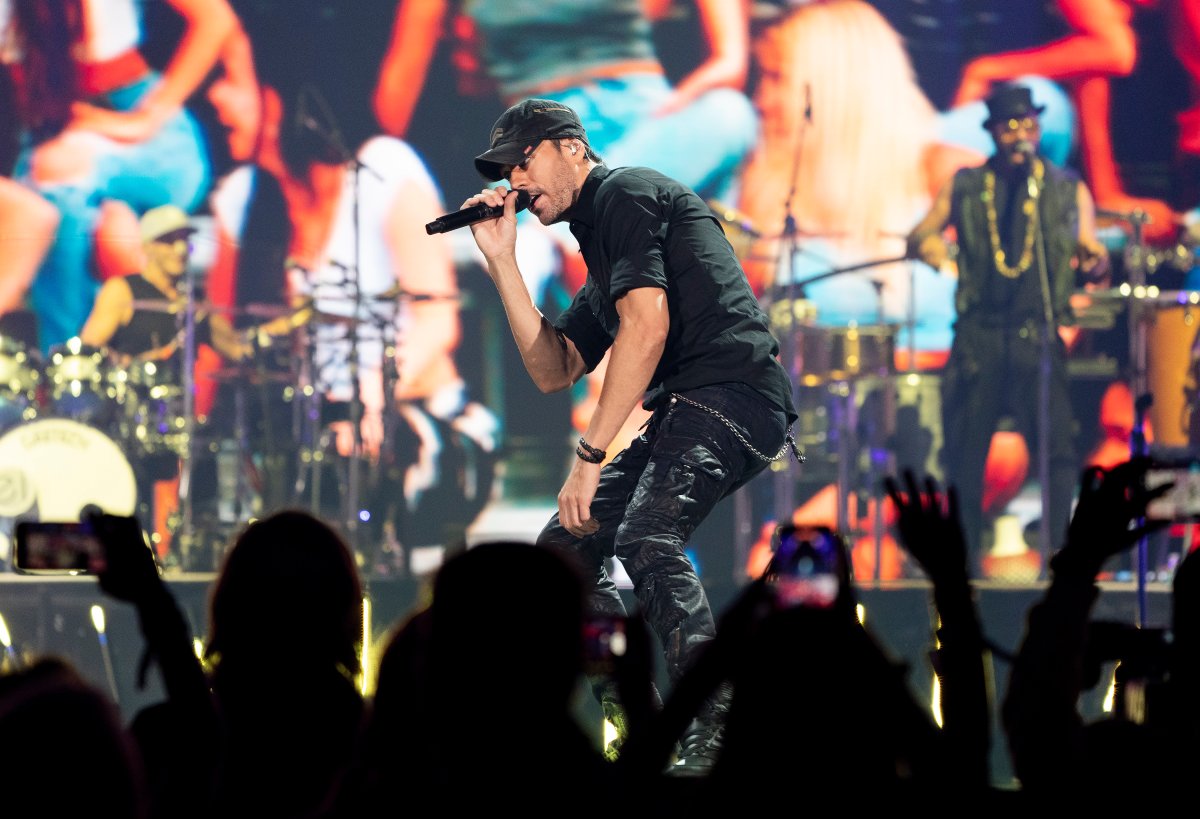 Singer Enrique Iglesias performs live in front of fans during a concert in Toronto on Thursday, October 7, 2021.

TORONTO — Latin superstars Ricky Martin and Enrique Iglesias brought flair and spectacle to Toronto’s Scotiabank Arena on Thursday as the venue welcomed its first concert since the start of the pandemic.

Operators of the arena say it had been 580 days since a live music event played the indoor space, as local COVID-19 precautions prevented mass gatherings for months.

Fans were livin’ la vida loca as Martin delivered some of his biggest hits alongside flamenco dancers and a recorded appearance by Christina Aguilera for the duet “Nobody Wants to be Lonely.”

Iglesias was second to take the stage, performing his Top 40 charters “Hero” and “Be With You.”

The stadium was filled at 50 per cent capacity in line with provincial regulations. Concertgoers were required to present proof of full COVID-19 vaccination alongside government-issued identification to gain entry to the venue.

Scotiabank Arena has been gearing up for larger gatherings in recent weeks, first by hosting the Toronto Maple Leafs pre-season opener on Sept. 25 and the Toronto Raptors earlier this week.

Numerous other concerts are on the calendar this year, including Colombian pop star Maluma on Oct. 21, country singer Kane Brown on Nov. 19 and the reunion tour of Genesis on Nov. 25 and 26.

The Enrique & Ricky Live! Tour plays a second night at the Scotiabank Arena on Friday before moving on to Montreal’s Bell Centre on Saturday.

Singer Enrique Iglesias performs live in front of fans during a concert in Toronto on Thursday, October 7, 2021.