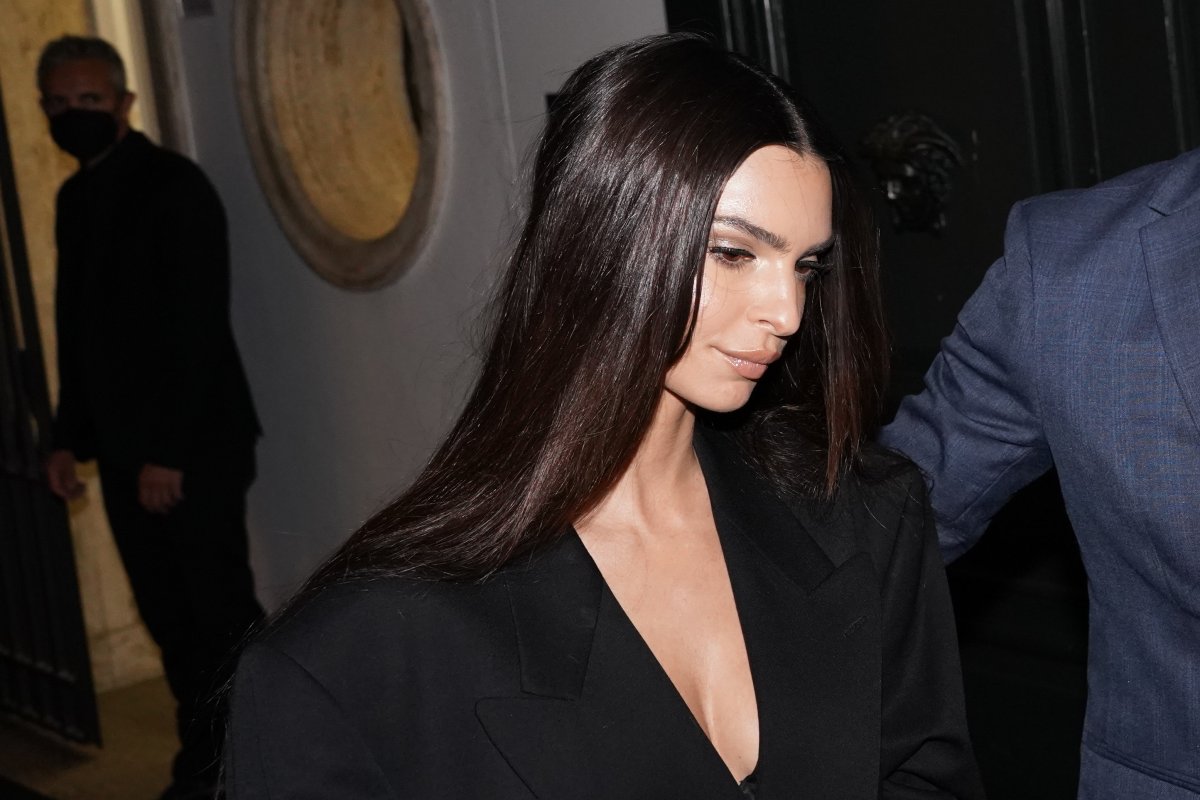 Emily Ratajkowski at the party organized for the launch of the Fendace collection on September 26, 2021 in Milan, Italy.

NOTE: This article contains descriptions that might be offensive for some readers. Please read at your own discretion.

Model Emily Ratajkowski has accused American-Canadian singer Robin Thicke of groping her during the filming of music video Blurred Lines.

The 2013 hit song, which was incredibly popular at the time, topped numerous lists around the world and its risqué music video got tongues wagging.

Featuring Ratajkowski and two other half-naked models, the women dance suggestively alongside Thicke, producer/singer Pharrell Williams and rapper TI, who are all fully clothed. Lyrics like “I know you want it” are used repeatedly, which caused some controversy when the song first came out, and it led many music critics to say the song glorified rape culture.

At the time, some universities and radio stations boycotted the song from being played.

Ratajkowski made the allegations against Thicke, 44, in her upcoming book, My Body, as first reported by the Sunday Times.

She claims that, while on-set to shoot the video, Thicke arrived “a little drunk” and suddenly she felt hands on her exposed breasts.

“(Thicke) returned to the set a little drunk to shoot just with me,” writes Ratajkowski, 33, in her book.

“Out of nowhere, I felt the coolness and foreignness of a stranger’s hands cupping my bare breasts from behind. I instinctively moved away, looking back at Robin Thicke. He smiled a goofy grin and stumbled backward, his eyes concealed behind his sunglasses. My head turned to the darkness beyond the set.”

“I pushed my chin forward and shrugged, avoiding eye contact, feeling the heat of humiliation pump through my body,” she continued. “I didn’t react — not really, not like I should have.”

The model went on to write that she was “desperate to minimize” what happened. As of this writing, Thicke has not commented publicly about the accusations.

The video’s director, Diane Martel, who was on-set for filming that day, corroborated the alleged groping to the Sunday Times. She says she “screamed” when she saw it happen.

“I remember the moment that he grabbed her breasts,” she said. “He was standing behind her as they were both in profile.”

The singer has said in the past that critics simply didn’t “get” the song, and the lyrics were not about nonconsensual sex but instead about his ex-wife Paula Patton.

“I don’t think people got it,” Thicke said in an interview at the time. “I wrote it about my wife. … she’s my good girl. And I know she wants it because we’ve been together for 20 years.”

Pharrell, for his part, said to the press a few years ago that he was “embarrassed” by the lyrics as he grew older and more aware.

Blurred Lines brought both Thicke and Pharrell to court in 2015, when the pair was accused of plagiarizing Marvin Gaye’s 1977 song Got to Give It Up in order to craft the hit.

Are you experiencing abuse? Here’s how to get help